New Discovery: This Supplement Could Help Mitigate Cannabis’ Negative Impacts on the Heart 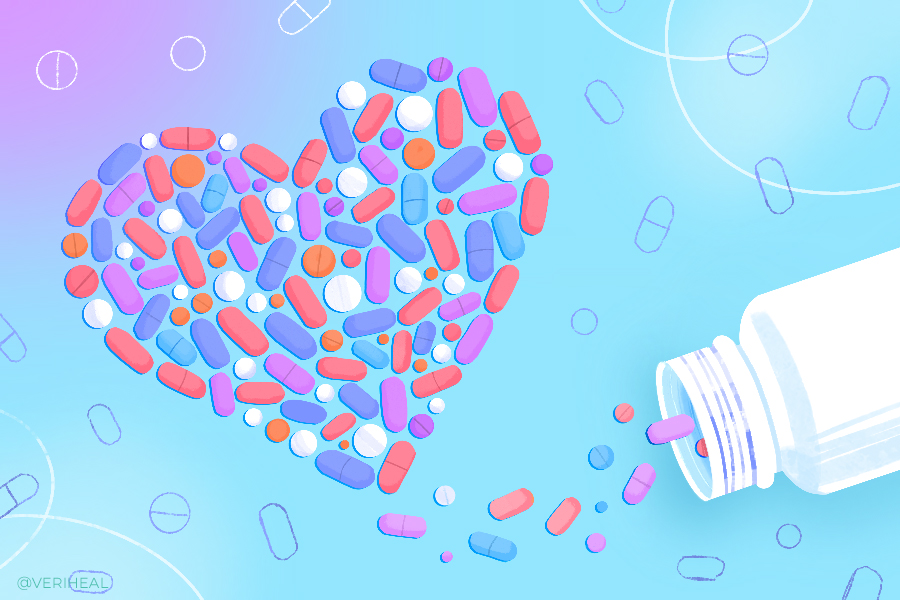 Cannabis can help with a whole host of conditions, but some research has raised concerns about its potentially negative impact on the heart. Fortunately, a new study discovered a supplement that may help to mitigate the risk. Stanford Medicine reports that cannabis use and risk of heart attack were found to be correlated in a large human study, but Stanford scientists found a molecule in soybeans that may counteract these effects.

Cannabis Use and Heart Attacks

The study conducted by Stanford researchers found a strong association between an increased risk of heart attacks and regular cannabis use. Findings showed that tetrahydrocannabinol (THC) can trigger inflammation in blood vessel cells, which is what puts regular consumers at cardiovascular risk. The study analyzed data from around 500,000 people in order to investigate the relationship between cannabis and heart attacks.

After controlling for factors like age, gender, and body weight, the results revealed that those who consumed cannabis more than once a month were significantly more likely to have a heart attack before the age of 50. Mark Chandy, co-lead of the study, stated:

“Marijuana has a significantly adverse effect on the cardiovascular system…As more states legalize marijuana use, I expect we will begin to see a rise in heart attacks and strokes in the coming years. Our studies of human cells and mice clearly outline how THC exposure initiates a damaging molecular cascade in the blood vessels. It’s not a benign drug.”

While this may seem scary, it is important to understand that research concerning cannabis and heart health is still conflicting. Some studies indicate that cannabis can have positive effects on heart health, while others indicate a significant risk. Fortunately, Stanford researchers have found a supplement that can assist with significantly reducing that risk.

Stanford explains that the inflammation and atherosclerosis (buildup of fats, cholesterol, and other substances in and on the artery wall) potentially caused by cannabis “can be blocked by a small molecule called genistein that occurs naturally in soy and fava beans.” They go on to explain that genistein has a limited ability to penetrate the brain, which means that it does not “inhibit THC’s ability to stimulate appetite, dull pain and tamp down nausea- characteristics vital to medical marijuana users.”

Dr. Joseph Wu, professor of cardiovascular medicine and radiology as well as director of the Stanford Cardiovascular Institute, explains:

“As more states legalize the recreational use of marijuana, users need to be aware that it could have cardiovascular side effects…Genistein works quite well to mitigate marijuana-induced damage of the endothelial vessels without blocking the effects marijuana has on the central nervous system, and it could be a way for medical marijuana users to protect themselves from a cardiovascular standpoint.”

Meanwhile, Chandy explains that they “didn’t see any blocking of the normal painkilling or sedating effects of THC in the mice that contribute to marijuana’s potentially useful medical properties,” which is what makes genistein a potentially safer drug “than previous CB1 antagonists. It is already used as a nutritional supplement, and 99% of it stays outside the brain, so it shouldn’t cause these particular adverse side effects.”

The National Library of Medicine (NLM) explains that genistein is a “soy-derived isoflavone (a type of nutritional supplement produced by the leguminosae or bean family) and phytoestrogen (a substance that occurs naturally in plants) with antineoplastic activity (activity which can treat cancer).” Genistein can bind to and inhibit protein-tyrosine kinase, “thereby disrupting signal transduction and inducing cell differentiation.”

NLM states that the therapeutic use of genistein “is speculated to provide beneficial effects on cardiovascular and bone health,” as well as “to alleviate menopausal symptoms.” The molecule is currently being investigated in a number of studies, particularly those concerning cardiovascular and cancer. Genistein has already shown that it can assist in reducing the total cholesterol after being supplemented in diets.

Despite the fact that genistein appears to be a good supplement for mitigating the heart risks associated with cannabis consumption as well as for a number of other conditions, the NLM warns that women with “estrogen receptor-positive tumors should exercise caution in the use of genistein/genistin supplements and should only use them if they are recommended and monitored by a physician.” Pregnant women and nursing mothers should avoid the use of genistein, considering the fact that long-term safety studies are pending.

Wu reaffirms what many professionals think by stating that cannabis clearly has “important medical uses, but recreational users should think carefully about excessive use.” He continues that there is a “growing public perception that marijuana is harmless or even beneficial,” and that this perception is both correct and incorrect. Cannabis is a medically beneficial substance as seen by the many emerging studies proving so. However, cannabis is not without risk of harm—most of which has been associated with consuming THC frequently or heavily.

It’s important to remember that THC is the cannabinoid responsible for these potential cardiovascular risks and that the cannabis plant holds many other beneficial compounds. If you’re concerned about your THC intake, consider cutting back on the frequency that you consume, trying less potent products, or switching to products with cannabinoids like CBD or CBN.