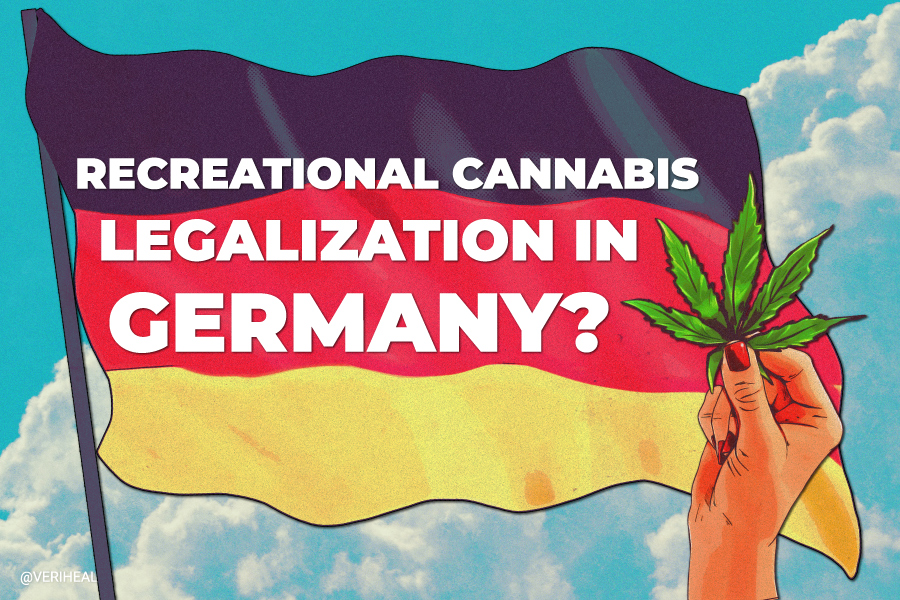 The German federal government may only have legalized cannabis for medical purposes back in 2017, but the market has already earned enough appeal for big-name players to get involved. Now, as the country contemplates adult-use cannabis legalization, all eyes are on Deutschland.

Early success with medical cannabis has contributed to the market’s rising popularity among local German people, with up-to-date figures showing that at least 128,000 people have registered to receive cannabis-based medicines every single year under the patient program.

In 2019, insurance companies reimbursed 60% of medical cannabis prescriptions. The German market’s success has resulted in numerous start-ups getting involved, including Cannovum AG, which went down in history as the first publicly traded medical cannabis company in Germany.

Cannovum AG is paving the way for other cannabis companies to follow suit. In May 2021, the licensed pharmaceutical wholesaler, importer, and manufacturer was featured on the Düsseldorf Stock Exchange. Companies in similar avenues look set to harvest substantial rewards if Germany’s market shifts to a recreational focus.

A string of worldwide investors is flocking to Germany, mainly due to the fact that the country is considered Europe’s most lucrative market. Although Germany’s medical cannabis policy is in its early stages, it still outshines other European cannabis markets due to its colossal growth.

For example, by the year 2024, more than 1 million German patients will be able to get their hands on medicinal-grade cannabis. What’s more, analysts foresee the market inflating to €7.7 billion (USD$8.4 billion) by 2028. Something that is contributing to market growth is the consistent supply of pharmaceutical cannabis, as well as the prospect of an adult-use cannabis market.

Previously, just two countries were exporting their territory-grown cannabis for distribution in Germany’s medical cannabis market: the Netherlands and Canada. However, in 2021, more than 17 countries imported cannabis into Germany, nine of which were European countries.

The country’s Federal Institute for Drugs and Medical Devices (BfArM) estimated that Germany imported a record-breaking 9,249 kilograms of the green stuff in 2020. What’s more, data published by the Federal Ministry of Health during the first half of 2021 showed that the country received close to nine tons of medical cannabis flower, whereas just five tons were imported during the first half of 2020.

Under existing German law, cannabis can be cultivated, sold, owned, imported, and exported. However, with a lack of cannabis being produced internally, Germany provides ample opportunities for well-established medical cannabis companies to churn out their yields for the country’s growing consumer demographic. Examples of those companies include:

Nonetheless, in November, the first seeds to be legally sown on German soil were planted inside Berlin-based company Demecan’s grow house. As time has progressed, Germany has also been seeking out imports from suppliers in Australia, Israel, Portugal, Spain, and Uruguay. Should cannabis be legalized for recreational use, both imports and exports are likely to ramp up.

Numerous U.S. and Canadian cannabis businesses, such as Curaleaf Holdings and Tilray Brands, are actively operating in Europe and are eagerly awaiting the opportunity to further capitalize on the market. As lawmakers consider adult-use cannabis legalization in Germany, local startups are attracting more funding.

One such example is Frankfurt-based Cansativa Group, which recently generated $15 million after Casa Verde Capital—a cannabis investment firm supported by Snoop Dogg—led a funding round for the company. Cansativa is acknowledged as the only distributor of domestically cultivated cannabis in Germany.

Prior to Cansativa’s successful fundraising round, Berlin-headquartered medical cannabis company Sanity Group managed to gain $3.5 million from Casa Verde in a separate financing round. Sanity Group’s founder and managing director, Finn Hänsel, has confirmed that, to date, the company has raised more than $76 million, which is more than any other cannabis startup in the European continent.

European Economy Could Benefit Greatly from Legal Cannabis in Germany

Prohibition Partners analysts feel confident that Germany’s prospective legal cannabis market could generate $2 billion to $4 billion on an annual basis. Before these predictions can materialize into reality, lawmakers must first hash out regulations focused on cannabis distribution, sales, manufacturing, marketing, production, and much more.

Germany’s Social Democrats, Greens, and Free Democrats have consistently advocated for legal cannabis in Germany, which could have a profound impact on Europe as a whole. After all, as the continent’s biggest market, Germany is an incredibly influential contender.

Currently, Luxembourg and Malta have approved cannabis growing, possession, and consumption. Plus, following a parliamentary commission ruling at the end of last year, Switzerland announced plans to legalize cannabis for medical and recreational purposes.

Since there is not yet a specific date that legislation is likely to be approved in Germany, investors and cannabis startups are merely testing water for the time being. Nonetheless, complete cannabis legalization in Germany is an inevitable mission, one that could potentially generate tax revenue to the amount of $5.3 billion dollars on an annual basis.