Research Shows College Students Who Use Cannabis Have Greater Motivation 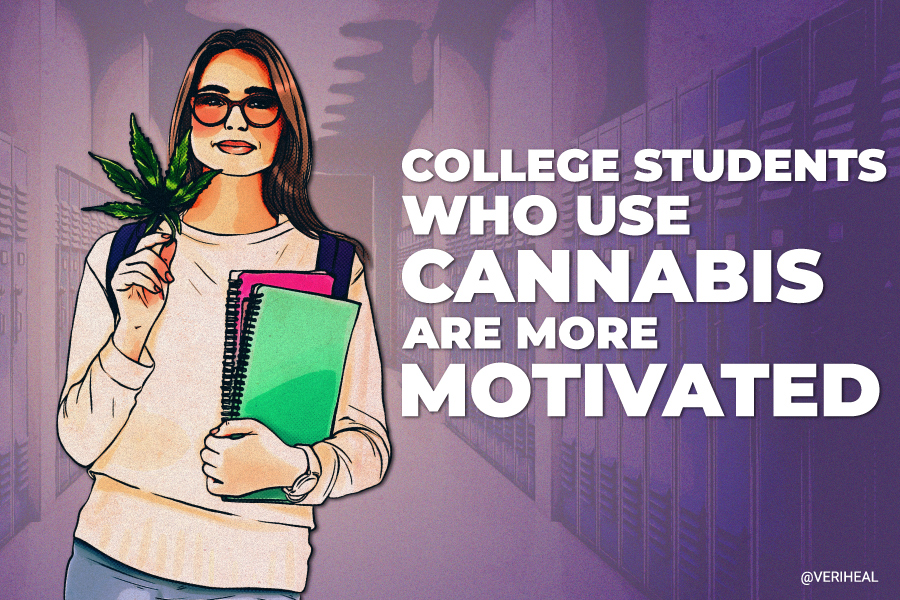 As restrictions surrounding the pandemic continue to persist around the world, so do the concerns of demotivated students considering dropping out. One study led by Professor Jennifer Cromley and graduate student Andrea Kunze examined this concern, while another study assessed whether college students who consume cannabis have greater motivation compared to non-users.

The Pandemic’s Impact on College Students

The study led by Cromley and Kunze assessed 182 undergraduate students and found that “across all demographic groups, the impact [of the pandemic] varied,” but they saw no changes in students’ level of interest in subject matter. Students have had to say goodbye to their campuses and get accustomed to distanced/virtual education, which can be increasingly difficult among different fields depending on how much practical application of information is involved.

Kunze stated that “students weren’t just giving up. Some were inspired and still trying.” The researchers also noted that any decreases in motivation or considerations of dropping out should not only be attributed to the switch to remote learning but also other factors, such as financial strain, health, and living away from the social and academic support students had on campus.

Harvard Ed. Magazine made a significantly accurate and strong statement on the impact of the pandemic on education, stating, “Schools are still battling everything from poor internet service to low attendance. Parents are overwhelmed in homes that have also become workplaces and classrooms. Teachers are demoralized. And students are exhausted, burned out after hours of online classes, and that is if they even show up at all.”

Another study conducted by Ann-Kathrin Rahm et al. explains that students prefer face-to-face teaching and learning compared to virtual classrooms. As an example, the research team stated that medical students rely on practicals and interacting with patients in a clinical environment—both of which are crucial to their understanding and implementation of theory.

While most students are remaining resilient, data does show that they are struggling to stay motivated since interest in the subject matter is not enough of a motivator. Digital Promise conducted an online survey of around 1,008 students and found that 79% struggle with staying motivated, 55% struggle to find a quiet place to attend virtual classes, 54% struggle with balancing home and family responsibilities, 45% do not know where to get assistance with courses, 45% feel too unwell to participate, and 31% struggle to fit the course into work.

The Importance of Motivation in Collegiate Study

The decline in motivation among college students in terms of attending virtual classes, actively participating in these classes, and turning in homework on time should be of significant concern for institutions, considering the importance of motivation. Chris Hulleman and Terese Hulleman from FutureEd explain that “motivation is not only important in its own right” but that it also is an important indicator of future successes in learning and achievement.

The pair go on to explain that motivation is important for students to persist longer, produce higher quality work and effort, learn in a more meaningful and deep manner, and perform better in formative and summative assessments (tests and exams). Basically, the greater the motivation in a student, the greater their understanding and ability to use what they learn. Fortunately, the study on the impact of cannabis found that students who consume it have greater motivation in comparison to those who don’t.

The study that found college students to have greater motivation and “effort-related decision making” with cannabis consumption was published in the journal Experimental and Clinical Psychopharmacology. Research like this is challenging the stereotypical beliefs that those who smoke cannabis are lazy and lack motivation, as the researchers found the opposite to be true—at least among college students.

To conduct the study, the researchers recruited 47 participants, of which 25 were frequent cannabis consumers and 22 did not consume at all. Before discussing what they found, it should be noted that the findings of this study—while exciting—are very preliminary due to the small sample size. For this reason, findings may not necessarily be generalizable to the larger college student demographic.

The researchers asked the participants to complete a series of assessments known as “Effort Expenditure for Rewards Task.” They explain that the magnitude, probability, and expected value of the reward have influence over one’s choice between a high-effort or low-effort task. This means that the greater the magnitude, probability and value of the reward, the better the chances are that the individual will put in more effort; thus, their motivation to put in the effort is increased.

When an individual selects a task that requires more effort, it is indicative of having greater motivation in comparison to those who select low-effort tasks. During their study, Acuff et al. found that those who consume cannabis were more likely to select high-effort tasks in comparison to the group of non-consumers, which is indicative that the consumers have an increased sense of motivation.

To make up for previous researchers’ lack of controlling for variables, Acuff et al. controlled for variables such as ADHD, distress tolerance, income, etc. The researchers wrote that their “results provide preliminary evidence suggesting that college students who use cannabis are more likely to expend effort to obtain reward, even after controlling for the magnitude of the reward and the probability of reward receipt.”

Considering the impact of the pandemic on motivation and stress as well as the fact that cannabis could be used as a means of boosting motivation (or the willingness to put in more effort for reward), college students who are struggling to stay motivated may benefit from medicinal cannabis in order to succeed and maintain interest in their courses and subject matter.