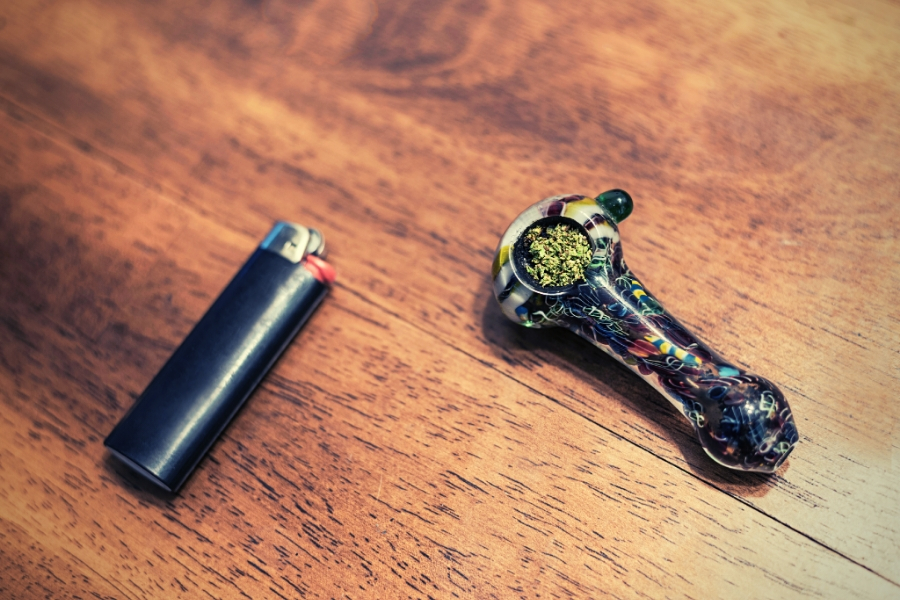 With the recent news involving infections caused by off-brand vape cartridges, many are concerned about further illness through cannabis consumption. One of the primary fears centers around the spreading of harmful bacteria while sharing pipes, vapes, and the like. Now is the time for a discussion on sharing kind bud and the implications that it brings.

A recent study done by Moose Labs shows that surprising amounts of bacteria are found in smoking devices, namely cannabis pipes. According to their findings, pipes that are shared are 1.5 times dirtier than a public toilet seat. To most, this fact alone is alarming enough to warrant being a stickler with your stash, though there are ways in which to keep germs from spreading as much. We’ll get to that, but let’s dive into this study some more.

The study by Moose Labs indicates that bacteria levels “increase by 600% after only 4 people” share the same pipe. The report also has more interesting facts about the bacteria on cannabis pipes: shared pipes have over 1300% more germs than a dog food bowl, 530% more than a cell phone screen, 90% more than a dumpster, and 62% more bacteria than a shopping cart handle. This absurd number of bacteria may gross you out, as it should, but is it cause for concern?

On the one hand, bacteria may cause illness and disease depending on what germs are at play and on the immune system of the parties involved. On the other hand, using anecdotal experiences it is difficult to say whether I’ve ever gotten sick from sharing bud with friends. Things like the flu and such are most definitely contagious, and if someone who is ill smokes out their friends or strangers at a concert, for example, there is probably a good chance that the illness will be shared, too. Keep in mind that I’m no expert on bacteria so I will not pretend to know much more than that; however, the study shows that using a proper mouthpiece (their own MouthPeace is mentioned) reduces the bacteria spread by 5924%, a hefty number to say the least.

A precaution that concertgoers will sometimes employ is the act of using alcohol to clean the pipe before sharing it. Others burn the mouthpiece with a lighter. Neither methods are apparently too effective in ridding the pipe of potentially harmful bacteria. This is important to keep in mind for anyone who is accustomed to social or public smoking.

Accuracy Of The Moose Lab Test

A glance at the listed testing procedures that Moose Labs gives states that two groups of 100 were tested at two separate public events in California. Both events included a table with a pipe to be used for testing purposes. 50 people were given MouthPeace, Moose Labs’s own sanitary solution, and the other 50 were not given one. Swabs were done on the mouthpieces at determined intervals.

The conclusion, as mentioned above, was that there were significantly fewer bacteria on the MouthPeace that protected pipes versus the bare ones. The test is a simple one, though it appears to be done in good faith (though do keep in mind that Moose Labs also happens to sell their solution to the bacteria problem).

It’s safe to say that the tests are accurate. However, from a cursory reading, it can be said that mouthpieces—both personal and universal—will stop the spread of potentially harmful bacteria when sharing marijuana pipes. Of course, if you are a joint smoker or vaper you will have to look for other solutions.

The takeaway from this study is that awareness should be had about sharing a pipe with strangers, at the very least. This is especially true given that flu season is just starting. The weather is getting colder and more people may begin to catch those nasty winter colds, fevers, and other seasonal illnesses. To minimize the sharing of disease be mindful of your condition or of the condition of your smoking buddies. If you do share, consider getting your own mouthpiece (or a handful of them as they’re cheap enough).