Home Research The Differences Between Botanical and Synthetically Derived Terpenes

The Differences Between Botanical and Synthetically Derived Terpenes 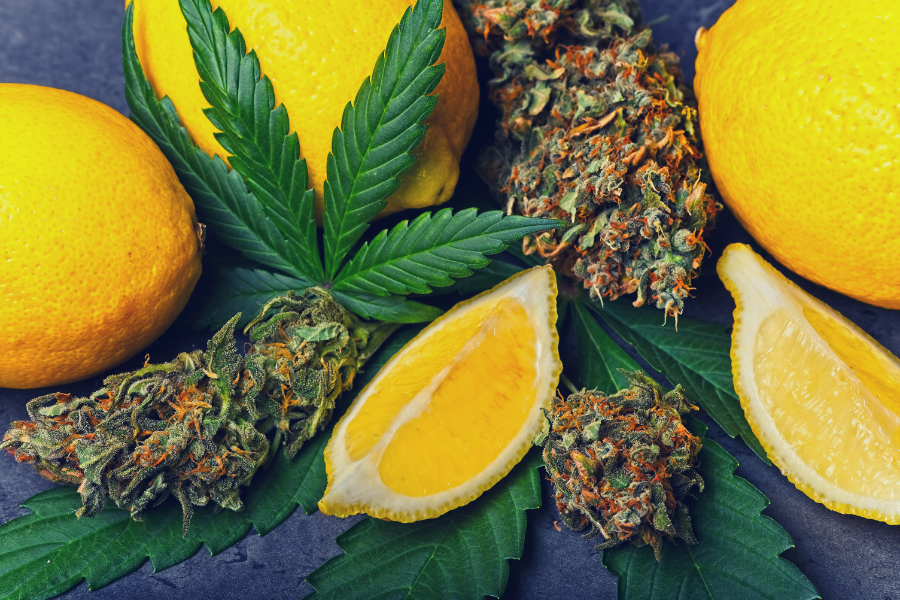 When you purchase or grow the cannabis flower (buds), you may find yourself delighted in its aroma. The smell and color coming from the buds are due to the terpenoids in the plant, also known as Terpenes. Terpenoids are secreted in the same trichome glands of cannabis that produce the cannabinoids like Cannabigerol (CBG) or Cannabidiol (CBD). Professionals are now making synthetic versions of the terpenoids that grow naturally in the plant. Botanically derived (naturally made) terpenoids can have a very soothing effect on the body and on the mind. Synthetically derived terpenes have the potential to be awesome but are they safe for us?

Dispensaries have begun adding terpenes to their oils, tinctures, ointments, beverages, and edibles. Terpenoids are said to enhance the health benefits of cannabis-based products. Research is expanding into specific terpenes such as linalool. Linalool is a terpene that is also found in lavender and offers anti anxiety effects. It’s exciting to see such research being done however, the way in which the different terpenoids work together and in relation to cannabinoids are still less known.

Botanical terpenes are produced by the plant to protect itself from predators and to lure in pollinators. There are many different chemical varieties amongst the vast array of cannabis strains. These chemical varieties can be referred to as chemovars. Chemovars each have their own signature of terpenes and cannabinoids. For example, the cannabis strain Blue Dream is high in myrcene which is known for its relaxing and sedative effects. Cannabis from different sources can be sold under the same name, such as Super Haze, but often don’t share the exact same chemical make-up.

These days we will see an influx of terpene content as the demand for terpenoids increases. Some consumers are very picky and terpenoids are most often the reason for one strain preference over another. Synthetic terpenes are also becoming more common.

Terpenes across nature are all the same as they are defined by their chemical make-up, like our example of Blue Dream and its myrcene. Myrcene is also found in thyme and mango. The terpene, myrcene, from the mango and the Blue Dream will be the same. Since cannabis is an organic plant, its terpenes are considered botanical. A terpenoid technically refers to a terpene that contains oxygen in addition to hydrocarbons in terpenes. The two are used interchangeably when talking about cannabis.

What Are Synthetic Terpenes?

While there is no difference between botanical terpenoids… There is a difference between botanical and synthetic terpenes. The best way to think of it was an example I found where the botanical ones could be considered organic and synthetic as GMO goods. Synthetic terpenoids are produced in a lab by chemical blending and manipulation. By doing this, they can create a theoretically perfect or custom terpene profile.

Synthetic terpenes mean more intense smells and flavors because they are more concentrated. Botanically derived terpenes are likely to be much less aromatic than those of the synthetic terpenoids. If more research is done into synthetic terpenes, it may be very beneficial to have customizable terpenoid profiles in our products to better select for their benefits.

Synthetic terpenes can happen through dilution, re-distilling, and reconstruction. I would recommend sticking to the botanical terpenoids because those methods may use chemicals to recreate some of the naturally occurring properties users are after. The other reason is that the technology is still being developed and the professionals are yet to understand botanical and synthetic terpenes. It is still unknown how well synthetic and natural terpenes interact together and with the body.

Many companies have advertised their products containing synthetic terpenes as all-natural when they’re not. This has been a huge problem but as consumers learn more, they grow wiser too. It is important for you to check whether your cannabinoid product contains botanical or synthetic terpenes as well as whether they’re adding essential oils too. Synthetic terpenes may be entirely safe, but just like GMO goods, there is always a risk and the health effects of synthetics and their chemical residues left behind are unknown at this time.

I love this article..very precise and clear on intention. Love the enthusiasm about cannabis/hemp in general, keep it up!