Home Lifestyle The Legends Behind 420 and 710 Explained

The Legends Behind 420 and 710 Explained 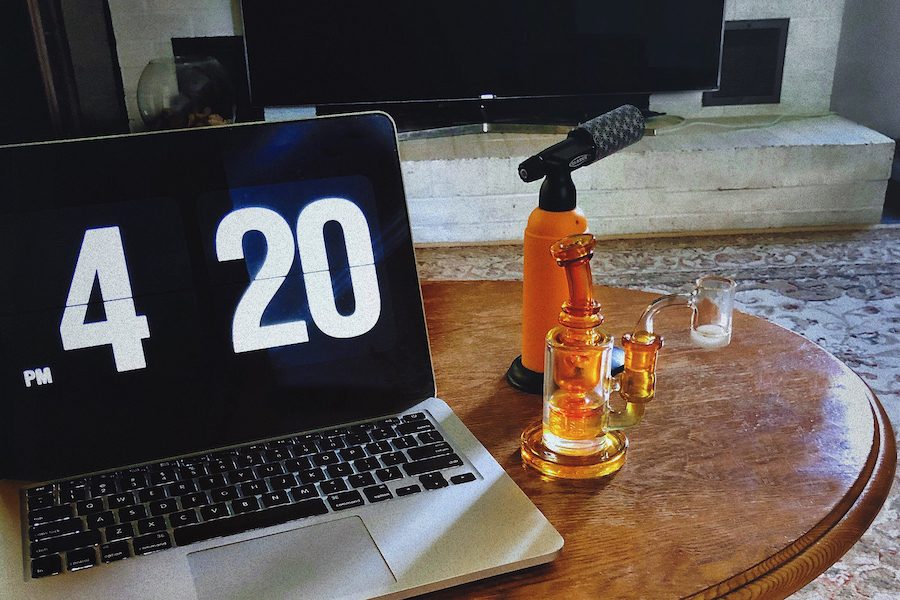 Cannabis culture has a rich and interesting history, from literal ancient hemp artifacts to modern recreational and medical marijuana. The plant and its uses are in near-constant evolution, and cannabis is going to be around for as long as humans exist.

Cannabis culture, too, holds a couple of important celebrations, namely those of 420 and 710. These dates may ring a bell whether you’re a cannabis noob or a total cannasseur, but why are these days celebrated in the cannabis world? Today we’ll go into their histories and highlight why we as cannabis lovers cherish these two days because cannabis—like many other cultural milestones—deserves to be celebrated, studied, and shared.

420 is the more popular of the two dates we’re checking out today. It takes place on April 20 each year, at or around 4:20 PM. At this time, thousands of cannabis lovers toke up in an act of solidarity and celebration. The event is fun, inclusive, and brings about a true sense of community. For years this date has been a staple of marijuana culture. But why?

Rumors exist that pin different events as the start of the 420 celebration: the death of Jim Morrison or Jimi Hendrix, a Grateful Dead designated smoking time, and other weird stories. However, none of these is the correct basis for the 420 legends. What really happened is equally as exciting and makes for a better urban myth that sounds more like an offshoot of The Goonies or Dead Poets Society but with much less Robin Williams and more Cheech and Chong.

In the 1970s, a group of California high school students known as the Waldos began a daring search for a hidden crop of marijuana as told of by a mysterious map. The group started meeting at 4:20 in front of a Louis Pasteur statue at San Rafael High School, and it was here that their search for this hidden crop would begin. Through exploration, the group searched far and wide for the hidden plan but to no avail. The Waldos kept meeting, though and would use the phrase “4:20” as code to meet at the statue at the aforementioned time to smoke together. Thus, the legend of 420 was born. It rose in popularity through counterculture cannabis movements and has become to be associated with larger gatherings across the globe.

In its contemporary form, 420 meets to bring awareness to marijuana legalization and tolerance. It’s also used as a great opportunity for a little bit of social disobedience and plenty of social indulgences. This global shift to bring cannabis to the forefront of political and social discussion does more good than can be stated in such a short writeup, and no matter how long it takes for marijuana to become a fully legal and accepted plant 420 will remain as a reason for passionate cannabis lovers to meet, celebrate, share, learn, and grow.

The next cannabis holiday—710—varies from 420 but retains a similar spirit.

The origins of 710 are unclear, but the meaning behind the day is to celebrate marijuana oils and concentrates. If you flip 710 upside down it spells “OIL”, a call to the oils, dabs, and so forth that 710 aims to celebrate. While 710 doesn’t have the same prevalence as 420, it is growing in popularity. This is due to the rise in popularity of dabbing and oil or extract cannabis products. As legalization—whether recreational or medical—soars, alternative intake methods will continue to see more use.

Dabbing seems to be the most common form of partaking on 710. Dabbing, for those who don’t know, is a fast way to get a hit of highly concentrated cannabis extract. The oil is heated with a blow torch or other such device, and the vapor is inhaled. For many medical marijuana patients that cannot smoke, dabbing is a great, efficient, and quick alternative. The taste is incredible, too.

Whether you are celebrating with others in a peaceful demonstration on 420 or taking a few dab hits in the park on 710, be sure that you remember why you’re there.

Both 420 and 710 are reminders that marijuana is a beautiful tool, one that has a plethora of medical and recreational uses that far exceed whatever negative propaganda likes to say (we’re looking at you, gateway drug theory). On these days, make an effort to celebrate with others so that you may maximize your enjoyment. Don’t Bogart that joint, as it were.

And always celebrate these holidays with a smile on your face. You never know who may be watching, and the more that come to see marijuana as the force for positive change that it is, the more acceptance will grow. Acceptance is key to a greener future that includes cannabis legalization, decriminalization, and global understanding.