The Science Behind Why Cannabis Can Cause Red Bloodshot Eyes 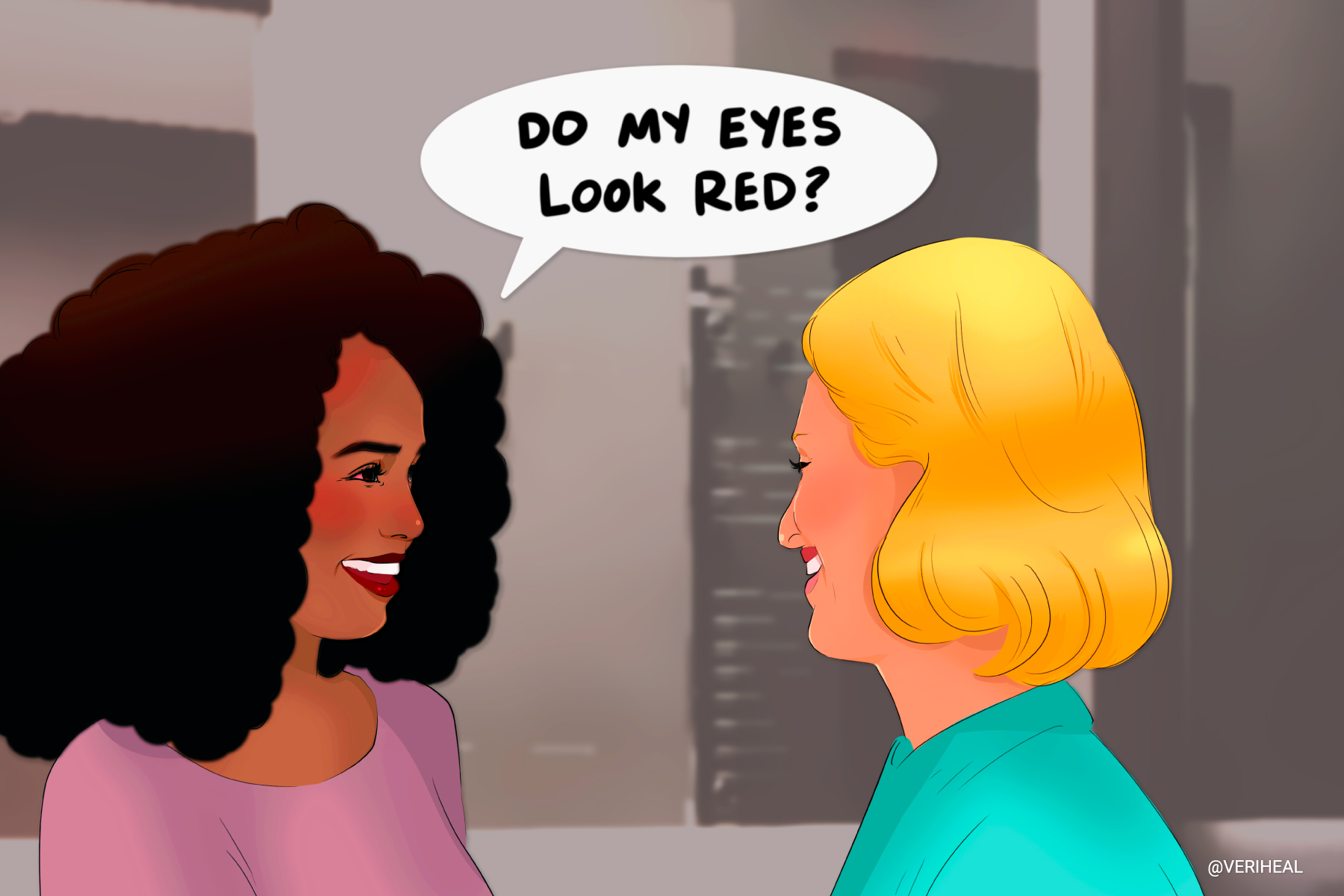 One of the most common giveaways that one has consumed cannabis includes red, or bloodshot, eyes which could also feel dry and heavy-lidded. The association between red eyes and cannabis consumption is so well known that many prepare by having bought a bottle of over-the-counter eye drops. While the red, heavy-lidded eyes are said to pose no serious health risks, it’s still important to understand why our eyes go red and how to remedy the situation as necessary.

Red eyes happen when the eye’s tiny blood vessels expand and that gives the eye a tinted pink or red appearance. Cannabis compounds have the ability to cause such changes in our bodies because they bind to the endocannabinoid receptors located all over the body. The connection between the receptors and cannabis as well as the full extent of effects of cannabis consumption are still busy being understood, however, the cause behind red eyes is getting more clarity.

McGill University’s Office for Science and Society explains that red eyes from smoking cannabis were previously attributed to irritation caused by the smoke itself but has since been found to be attributed to vasodilation. Vasodilation is when the blood vessels are widened as a result of relaxing the smooth muscle cells within the vessel walls. This widening of blood vessels leads to an increase in blood flow and a decrease in blood pressure.

The vasodilation caused by cannabis compounds relaxes the smooth muscle of the arteries and allows for more blood to flow through, which in turn causes the eyes to become red. The increase in blood flow is also said to be the cause behind dryness and the “heavy” feeling some have experienced. This effect, the increase of blood flow, is also why some cannabis consumers may feel dizzy. While this can be well tolerated by healthy individuals, those at risk of cardiovascular, or heart conditions could inadvertently put themselves at risk by increasing their heart rate.

Tips to Avoid Red Eyes From Cannabis USe

Over-the-counter eye drops, or artificial tears will provide swift relief from the red eyes and related symptoms. This trick is probably the most common since it is convenient to use, especially for regular consumers.

Soaking a towel or face cloth in warm water, wringing it out, and then placing it over closed eyes is an effective means of alleviating red eyes. They explain that keeping the warm towel over closed eyes or around the eyes increases the blood flow in the area, which then causes oil production in the eyelids. This also “allows your eyes to create more lubrication”.

A cool compress is an alternative to a warm compress for when it does not work. A towel is soaked in cool water, wrung out, and then placed on closed eyes or near the eyes. This assists with redness as well as any possible swelling and irritation.

A 2012 study found that omega-3 fatty acids can assist with alleviating dry eyes. Additionally, a 2006 study found that putting 2 drops of tea tree essential oils and ½ spoon coconut oil on the eyelids can help with the redness and heaviness. Placing black tea bags that have been put into boiling water and then cooled down, can be placed on closed eyes for similar effects as the oil.

While some individuals recommend drinking water to reduce the red, heavy-lidded eyes, this is unfortunately not an effective means of doing so. Instead, water is good for assisting with alleviating dryness of the eyes by increasing fluid in the body.

Red, heavy-lidded eyes can be concerning but are nothing to worry about unless more serious symptoms begin to present-although this is highly unlikely. With these easy tips and tricks to get rid of the red eyes, cannabis consumers can easily restore the white in their eyes caused by vasodilation. If you know of any other working tips or tricks to get rid of red, heavy-lidded eyes- be sure to let us know in the comment section below.