Home News Traces of Cannabis Found on a 2,700-Year-Old Altar in Israel

Traces of Cannabis Found on a 2,700-Year-Old Altar in Israel 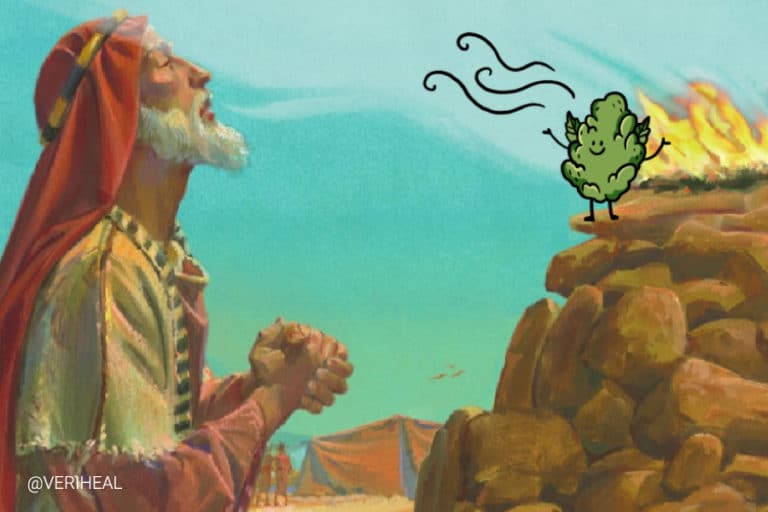 Cannabis use is historic. The cannabis plant has been used by humans for thousands, possibly tens of thousands, of years. While Cannabis was placed in the Cannabaceae family by Stephan Endlicher, an Austrian botanist in 1837, recent evidence suggests it was first used at least 30,000 years ago. As more and more sacred sites across the globe are discovered and researched, cannabis is showing up in temples, altars, and tombs of ancient times. The latest discovery shows not only burning cannabis as ceremonial but potentially used as an intentional mind-altering substance.

Cannabis Found on the Altar

Recently, a well-preserved substance found in a 2,700-year-old temple in Tel Arad, Israel has been identified as cannabis. Thanks in part to the dry climate, and to the burial, the remains of burnt offerings were preserved on top of these altars. The sample cannabidiol (CBD) and cannabinol (CBN) with THC intact. The shrine in Arad was part of a hilltop fortress at the southern frontier of the Kingdom of Judah, and it is said to match a scaled-down version of Biblical descriptions of the First Temple in Jerusalem.

Cannabis Used to Induce a High

The temple was first discovered in the Negev desert, about 95km (59 miles) south of Tel Aviv, in the 1960s. While the oldest Cannabis genus was found in China and was approximately 20 million years old, this is the first evidence of psychotropic drugs being used in early Jewish worship, Israeli media reported. The religious and spiritual uses of ancient cannabis being uncovered show this plant has been more versatile than once imagined.

In the latest study, published in Tel Aviv University’s archaeological journal, archaeologists say two limestone altars had been buried within the shrine. Researchers concluded that cannabis may have been burned in order to induce a high among worshippers. While many faiths across the world use or have used psychotropic drugs to induce states of ecstasy, hallucinations, or other effects, this is the first evidence to emerge that the practice was part of the early history of Judaism.

“We know from all around the Ancient Near East and around the world that many cultures used hallucinogenic materials and ingredients in order to get into some kind of religious ecstasy,” says Eran Arie, the study’s lead author and curator of Iron Age and Persian Periods archaeology in the Israel Museum, Jerusalem. Although the Hebrew Bible does not mention cannabis use, people in the Kingdom of Judah were nevertheless known to use other ingredients known to alter one’s state of mind, such as alcohol from grape wine.

No Shortage Of Historic Discoveries

Cannabis has been used medically, spiritually, ceremoniously, and recreationally throughout history in nearly every corner of the globe. The sheer multitude of ancient sites and newly developing research culminates into some of the greatest historic and modern information on the history and future of cannabis. It can be slightly mind-blowing to think that cannabis is still struggling to be recognized in all its biodiversity while such an eclectic history of use.