Traumatic Brain Injury and Mental Illness: How Cannabis Can Help 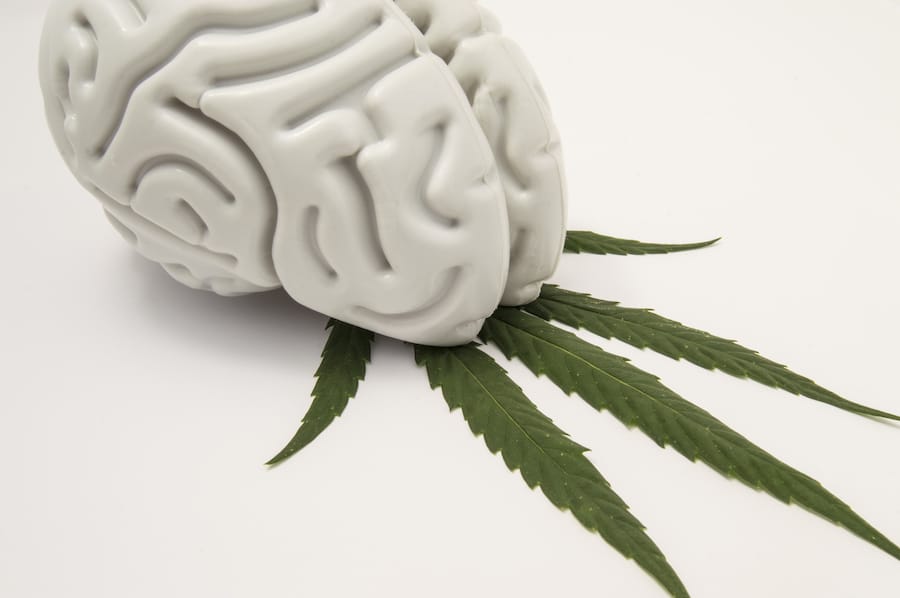 For how common traumatic brain injuries are, it’s alarming how little information exists regarding treatment. Military troops often return from combat with them and athletes that participate in contact sports are especially prone to experiencing them. What is a traumatic brain injury, (TBI) exactly? The term in itself is explanatory as a trauma to the skull that is significant enough to cause an injury to the brain. However, its effects are much more complex as the brain is an intricate organ with a vast conglomerate of functions.

Traumatic brain injuries account for millions of deaths and hospitalizations each year in the US. The majority of them are considered mild and, unfortunately, don’t go on to receive medical treatment or intervention. The intensity of a TBI varies on a scale from mild to severe. The symptoms fluctuate accordingly and are also dependent upon the location of the brain where the injury was sustained. If the brain injury wasn’t severe enough to cause a coma or immediate persistent vegetative state, a TBI can cause eventual cognitive, psychological and sometimes even physical problems that ultimately impede the quality of life. The worst part is that while a TBI can initially present as a mild case, the injury has the capability of eventually becoming degenerative to the brain, especially if the mild trauma occurs over and over again.

Chronic Traumatic Encephalopathy, (CTE), is becoming a sinister issue for football players, high impact sports athletes, and some military veterans. CTE is a degenerative brain disease that culminates after longterm repetitive brain trauma and injury. At a glance, the primary symptoms appear to affect mood and behavior. As time goes on, issues such as lack of impulse control, aggression, severe headaches, and paranoia set in. As the disease progresses more, sufferers experience a gradual loss of memory, confusion, impaired judgment, and then, finally, the onset of dementia. It’s believed that most CTE sufferers consistently sustained hundreds if not thousands of head impacts that weren’t considered severe enough to even be considered concussions at the time of injury. Currently, the only way to diagnose CTE is through post mortem brain analysis and autopsy.

How Cannabis Can Help

The human body comes equipped with an endocannabinoid system that is largely responsible for maintaining homeostasis and balance. Injuries to the brain can cause dysfunction and imbalance that, in turn, wreak havoc on mental and physical health. Quoting our recent article regarding CBD:

THC and CBD both possess neuroprotective qualities and have the potential to steer the brain in the right direction amidst the chaos of TBI.  Studies are underway that are researching just this and are showing promise that using cannabinoids can alleviate many of the effects of traumatic brain injury especially when utilized immediately following the injury. Cannabinoids can greatly reduce initial brain swelling and also adjust the endocannabinoid system enough to compensate for the pain, anxiety, and depression caused by traumatic brain injury. This is fantastic news especially for those that have turned to addictive substances to relieve themselves of the anguish.

The fact of the matter is, cannabis helps heal us from the inside out. This plant has so much potential and is still being demonized though research shows that it can help the millions suffering each day from brain injuries. That being said, take care to become aware of and sensitive to mental illness and the causing factors. The struggle is very real for those that suffer it.

Right on you go

I played football in high school. We weren’t supposed to be honest about pain. I was a bigger guy and I was only “rattled” a few times but in 2007 I was in a car crash and fractured my skull and had parts removed. I was in a coma 6 weeks and was diagnosed with permanent brain damage. The symptoms are accurate. I never smoked weed beginning the accident but it has been the o ly thing that provides relief. My head always feels like there’s intense pressure until I smoke. It’s a flower and it exists for a reason… Without it I’d undoubtedly be dead. I have a testimony and if anyone wants to hear it send and email. It will blow ur mind

Hey I would like to know more about your testimony