Home News US Cannabis is Best in the World, So Why is Canada Leading the Market?

US Cannabis is Best in the World, So Why is Canada Leading the Market? 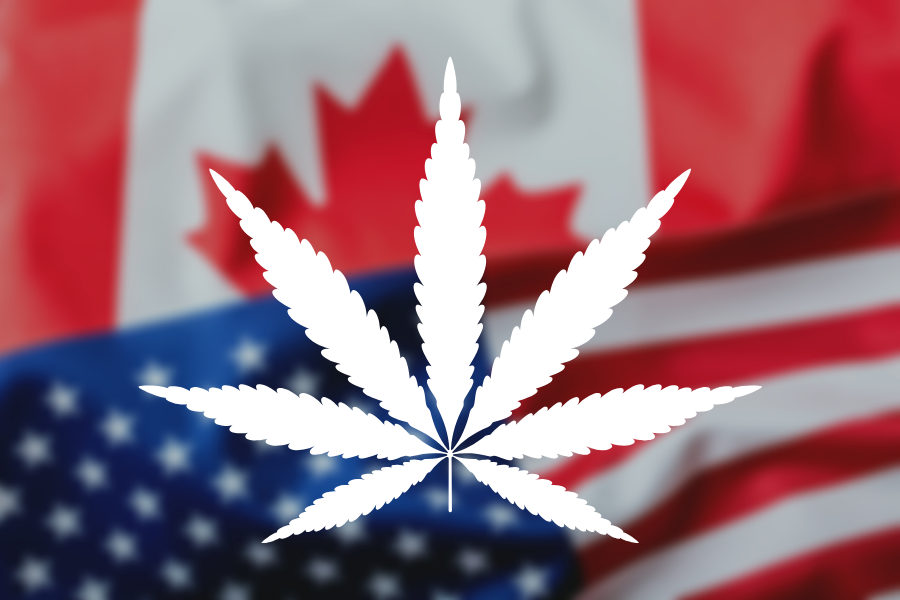 Canada was the first of the G20 countries to fully legalize cannabis in the summer of 2018. Since then, Canada has emerged as the dominant exporter in the blossoming global trade of cannabis. With all their provinces undergoing legalization simultaneously, the political support is there to enable Canada to continue to dominate the worldwide Cannabis market. This isn’t because they have the best buds in the world or because their the cheapest either.

While Canada Legalized, Expansion Remains Hampered in the US

Because of the Schedule 1 drug federal status in the US, it is illegal for cannabis to be sold internationally or even interstate. The current retail market for cannabis produced in legal US states is still limited to the confines of the producing state’s borders. The inconsistencies within the US, even between cannabis legal states, has the black market continuing to thrive instead of expanding legal sales and profits. While Oregon is the only legal state so far who has legislation (Senate Bill 582) on the books about transporting cannabis across state borders; cross-border transportation won’t be allowed until the US federal government permits it.

An understandable restriction in OR Senate Bill 582 is that cross-state transportation would only be allowed between states that have legalized. Yet, the possibilities for tremendous growth from within the industry and the trickle-down economic stimulation if cannabis were federally legal in the US is almost incomprehensible. The employment opportunities of a commodity as profitable as cannabis has been proven in the already legal states. A reminder from Veriheal contributor Marcus Quoyeser, “…keep in mind that the true failure is drug policy in the United States.”

Because cannabis grown in legal US states is tightly regulated for safety, we’ve become known for creating higher quality products. Underlying the U.S. Cannabis industry is sophistication and genetics; leading to better-quality and higher-potency flowers. In addition to some of the highest quality plant material, the US also is leading the way in cannabis product varieties.

With the endless sea of potential products, cannabis consumers in legal US states have access to various forms of consumption and delivery method. From flower to concentrates, edibles to tinctures, and topicals to beverages; the US leads the way in product selection. The majority of Canadian cannabis companies were not ready to launch what they are calling Cannabis 2.0. According to Marijuana Business Daily, The Ontario Cannabis Store (OCS) sold out of edibles within hours of initial availability on January 16, 2020. Topicals, concentrates, and beverages are still months away from hitting store shelves in Canada, yet nearly every dispensary in the US has a wide selection.

Recommendations from the Expert Committee on Drug Dependence (ECDD) of the World Health Organization (WHO) were presented to the United Nations Commission on Narcotic Drugs (CND) in January 2019. Mostly welcomed by the industry, the suggestion to remove cannabis from Schedule 4 of the 1961 Convention signals more acknowledgment of medicinal value than what the current scheduling suggests. Countries look to these global organizations when considering legalization. While the market currently remains semi-limited, at least 30 countries — including Mexico, Germany, and Italy — have legalized medical cannabis.  The hopeful end result is an open global Cannabis market soon to come.