Home News What Does Cannabis Legalization Look Like in the UK?

What Does Cannabis Legalization Look Like in the UK? 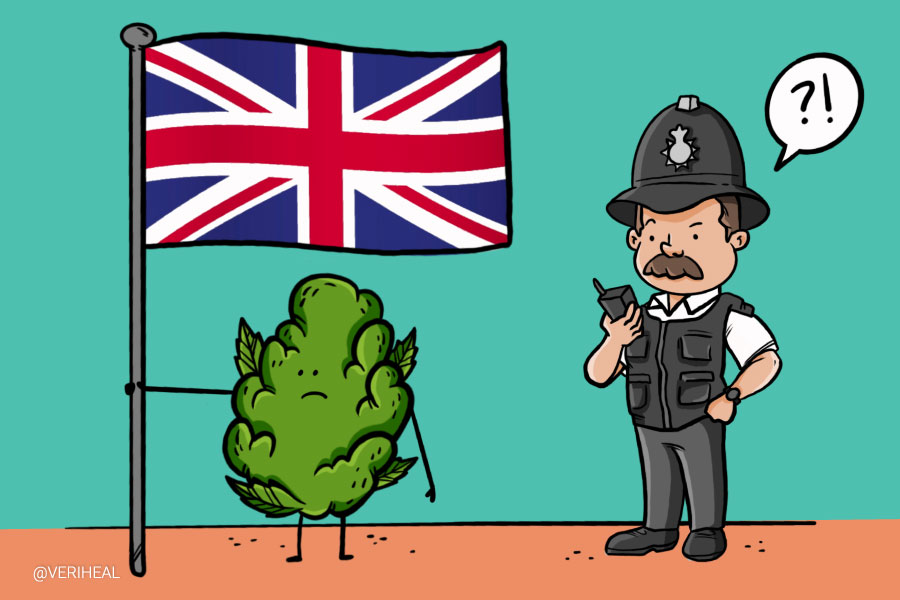 All over the world, governments are moving towards legalizing or at least decriminalizing, cannabis. African, Asian, American, European, and other countries have all been following the global cannabis movement, whether for recreational or medicinal purposes. There are similarities among the draft and proposed laws and legislation surrounding cannabis from different countries, which makes one wonder what is going on in the United Kingdoms’ (UK) cannabis market, aside from the fact that they are one of the largest cannabis exporters.

When we speak of the UK, think England, Scotland, Wales, and Northern Ireland. The UK has adopted a letter classification system for drugs which serves as an indication of the perceived severity of the substance. While the drugs have retained the original letter status assigned to them in the 1971 Misuse of Drugs Act, it may be time to consider reclassifying cannabis.

The 1971 Misuse of Drugs Act Classifications

As you can see, cannabis is classified as a class B drug alongside the likes of ketamine and amphetamines. In 2004, cannabis was reclassified as a class C drug but was reinstated to Class B in 2008 following Prime Minister Gordon Brown’s decision to go against the advice offered up by the Advisory Council on the Misuse of Drugs.

The classification of cannabis as a class B drug means that it is illegal to grow, possess and distribute cannabis within the UK. Fortunately, many of the law enforcement officials in the UK recognize that cannabis consumption is most certainly a lesser crime and many stand against the harsh classification of the plant.

It has been reported that police authorities in the locations of the UK such as Durham, Derbyshire, and Surrey will not be targeting individuals for consuming cannabis and that they will only move against those individuals if there has been a complaint and if they are consuming cannabis in a blatant manner. Although this is surprisingly cool of police officials, it is still illegal and could be worth avoiding the risk in light of the penalties. Since cannabis is a class B drug in the UK, the penalties include unlimited fines and/or up-to 5 years in prison.

The 5 Most Ridiculous Punishments for Cannabis

Cannabis is easily accessible, and the regulations are loosening up quite a bit. Despite that, the following punishments have been handed out for cannabis-related consumption or possession. It is needless to say that they are most bizarre, but that’s the reality.

Despite the fact that the UK has made the list for issuing one of the most bizarre punishments for possession of cannabis, more and more police officials are turning a blind eye to personal use. Currently, if an individual is caught with a small amount of cannabis (under an ounce), they will confiscate the cannabis and issue a warning- this is strike one. The second time an individual is caught with cannabis, they will be issued a Penalty Notice for Disorder (PND) and pay a fine of £90 to be paid within 21 days- which is strike two. In the third incident (strike three), the individual can possibly face arrest and charges, which are more likely to lead to a conviction if the individual is a repeated offender or smoked cannabis in a public place.

This three-strike system, mentioned above, allows the UK law enforcement to focus resources on more serious crimes, however, they are much more strict and less understanding if you have been caught driving under the influence of cannabis. The police have been equipped with roadside cannabis screening tests which indicates if there is any cannabis in the individuals’ system.

Should the UK Legalize Cannabis?

Obviously, the answer is yes. The benefits that cannabis can offer the UK citizens far outweigh the outdated stigma and fear associated with cannabis. In 2018, the government was confronted by a media storm that has called for them to act. The media storm came about as 12-year-old Billy Caldwell and 6-year-old Alfie Dingley were being denied cannabis oil as a treatment for their epilepsy. Billy was even hospitalized after the government saw to confiscating the cannabis oil which he had accessed.

Naturally, this enraged the public since both of the children found failure in other medications before they found victory in cannabis as a treatment for their condition. This media storm led to proclamations in support of cannabis by the Health Secretary, Jeremy Hunt, and the Home Secretary, Sajid Javid. As a result, the UK proposed medicinal cannabis regulations in 2018.

The 2018 regulations have established that patients can be prescribed medical cannabis which can also be accessed over the counter. However, it will be heavily monitored and regulated according to The Sun UK. The new regulations also recommend that clinic trails be undergone in order to assess the safety and effectiveness of the cannabis products offered for medicinal purposes. The regulation allows for low-concentration versions of cannabis oil to be made widely available in pharmacies but it bans cannabis oil with more than 0.05% of tetrahydrocannabinol (THC).

A member of the UK Advisory Council on the Misuse of Drugs has stated that “it’s welcome that the Home Secretary has responded to pressure to allow people to use cannabis to relieve serious medical conditions… But the process he has set up means that very few people will benefit. Only a few doctors will be allowed to prescribe cannabis as a medicine, and only for a very small number of conditions. Many of the people who want to use cannabis to ease their pain or treat their symptoms will still have to commit crime to get it”. Notable Points of the Regulation:

UK vs. US Cannabis Market

Even though the personal use of cannabis in the UK is currently being overlooked, the repercussions following cannabis in public spaces can be severe, essentially making it not worth the risk. Especially since many UK citizens are still against cannabis consumption, which means that they may issue a complaint against you, leaving you with pending fines and/or jail time. Medicinal cannabis is now being prescribed but only accessing prescriptions from specialist doctors means paying higher prices and that after exhausting other options, just to establish what we already know; that cannabis is the most effective, safest, and affordable means of treating many conditions and illnesses