Home Lifestyle What’s With All the Hype About Cannabis-Infused Beverages?

What’s With All the Hype About Cannabis-Infused Beverages?

Cannabis-infused beverages are becoming a very popular trend. You might have seen recent headlines in the media that covered a story about Ellen DeGeneres taking her wife Portia de Rossi to the ER after having a couple of cannabis beverages. Many people had mixed opinions on this, some believing this to be just fine while others look at this as a different form of driving under the influence. Cannabis beverages are a real thing. They do exist. You can buy them on the legal market, and you can make them yourself at home. After reading the story about this, I have mixed emotions as well.

The headlines read ‘Ellen DeGeneres Had Three Cannabis Drinks Before Taking Wife to the ER’. It doesn’t say ‘Ellen DeGeneres’s Wife Begged for Prescription Pills at the ER, and Offered Ellen Tickets in Exchange For More Pills’. It also doesn’t say that the cannabis-infused beverages Ellen was drinking were for microdosing. They contain 2 mg of THC and 4 mg of CBD. Ellen said she had taken two melatonin pills along with her beverages. You would feel more effects from the melatonin than the THC in three of these beverages. The focus on this story should definitely not have been on “weed drinks”. If it were, it should have been on the incredibly low levels of THC, and CBD found in Cann Social Tonic and about microdosing with cannabis.

Considering the number of prescription drugs an individual is able to take while operating a vehicle or other machinery, I personally believe Ellen was more than competent to drive her car. There are a wide variety of cannabis beverages on the market today. These cannabis-infused beverages range from fruit drinks and sodas to bottled coffee, packets of tea, and even the controversial drink everybody loves to hate kombucha. The demand for cannabis-infused beverages has begun to soar as of recently. “Weed drinks”, if you will, are big business.

According to Fortune Business Insights, “The global cannabis beverage market size stood at USD 367.4 million in 2019 and is projected to reach USD 8,521.6 million by 2027, exhibiting a CAGR of 50.9% in the forecast period.” Grandview Research predicts the market to be estimated at around USD 2.8 billion by as early as 2025. The market for cannabis-infused beverages is not limited to only THC. This includes CBD as well. CBD has seen broader legalization than THC when it comes to accessibility by the public. This will undoubtedly play a very important factor in helping the legal cannabis beverage market reach the projected goals, if not exceed them.

When a lot of people think about cannabis, they instantly think about smoking it. A common side effect associated with cannabis is dry mouth. Many people refer to this as ‘cottonmouth’ or ‘cotton face’. So naturally, the first thing you think of with cannabis definitely wouldn’t be a refreshing beverage. After trying a cannabis-infused drink, though, you may change your mind. A lot of people are favoring cannabis-infused beverages as their go-to edible if you will. When it comes to ingestible forms of cannabis, one of the fastest delivery methods other than smoking or vaping is to ingest it sublingually.

Low and Slow No Matter Which Way You Go

If you have never had a cannabis-infused beverage and decide to try one, start slow to see how they work for you first. After you have had a few drinks, you will know where you’re happy spot is. Instead of having to suck down alcoholic beverages all night to achieve your preferred mind-altered state, a couple of tasty cannabis beverages might be a pleasant change. Unlike drinking alcoholic drinks, cannabis-infused beverages are known to come with the side effect of spiking your appetite AKA inducing a major case of the munchies.

Remember when you hear stories like the one about Ellen drinking ‘weed drinks’ before driving her wife to the ER, don’t assume she was wasted. 6 mg of THC is barely enough to intoxicate anyone hence why these beverages are for microdosing. Do note, however, that some THC-infused beverages can be very potent ranging in potencies as high as even 1000 mg of THC, so be vigilant about being knowledgeable of the dosage in any cannabis-infused beverage you consume.

I’m in Deleware, where can I get them from? 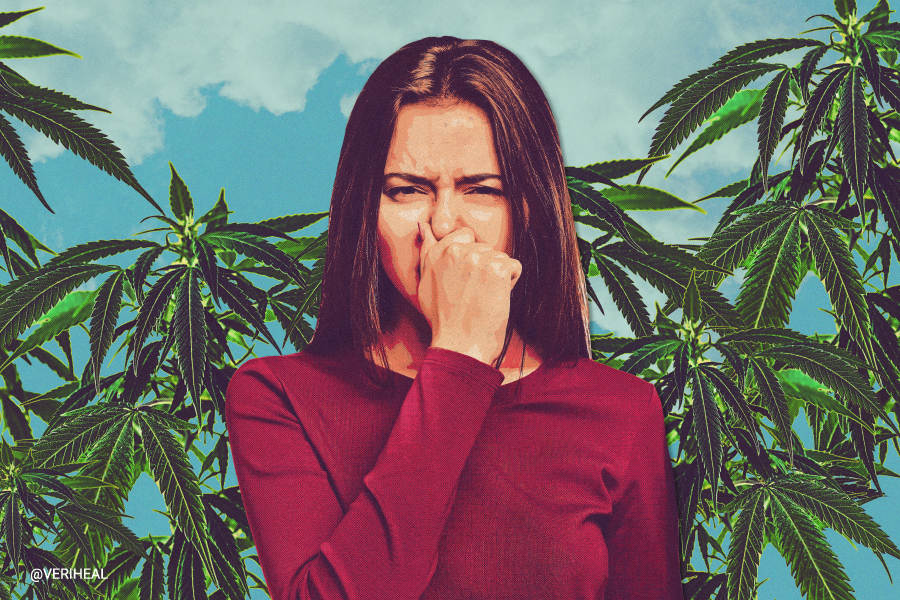 How to Eliminate Cannabis Smell From Clothes, Cars, and Rooms Quickly