Home News Who Spends the Most Between Recreational and Medical Cannabis Consumers?

Who Spends the Most Between Recreational and Medical Cannabis Consumers?

Have you ever wondered who spends more on cannabis: those who consume recreationally or for medicinal purposes? Well, we’ve got answers. Headset, a leading cannabis data and market intelligence platform, recently conducted an audit of cannabis sales data around the United States—and the discoveries were interesting.

As it turns out, it’s the medical cannabis consumers who spend the most money. While this is somewhat surprising considering the lower costs and taxes of medical marijuana, Headset’s September 2021 report on developments in U.S. medical and recreational cannabis markets points to the fact that medical markets are older and more established. There are also likely more medical users than recreational users around the nation, as 36 states have legalized med while only 18 have legalized rec.

However, the findings weren’t that simple. The analysis also identified that states saw significant revenue growth following the legalization of adult-use (recreational) cannabis. For example, Illinois saw a 226% increase in recreational purchases between January 2020—when the state legalized rec—and July 2021, while Michigan saw an increase of 1077% in that same period. Data like this makes it seem as if recreational users are spending more, but Headset explains that the data varies drastically from state to state depending on market conditions and legislative history.

Looking at the more mature markets, such as those of Colorado and Oregon, one gets a more realistic understanding of the state of the cannabis industry—which offers evidence that recreational legalization for adults is not a death sentence for the medical cannabis market. Both Colorado and Oregon markets have remained mostly consistent since 2020 as a result of legalizing medical and recreational cannabis relatively quickly in comparison to the other states. However, Headset suggests that buying behavior of consumers can also have a significant impact on the state of the recreational and medical cannabis markets. 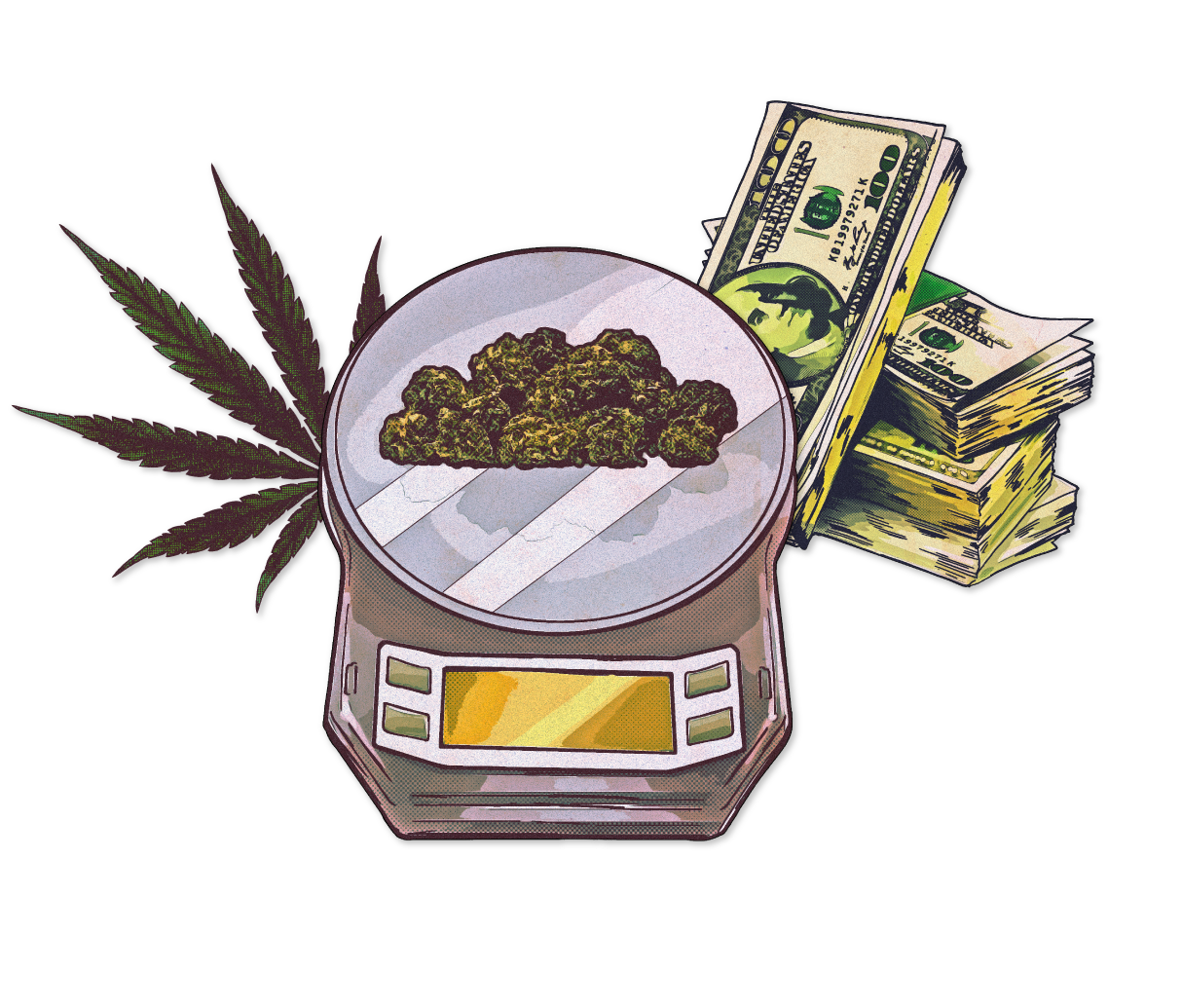 To understand why medical patients might be purchasing more cannabis than recreational users, we have to look at buying behaviors. According to Headset, American cannabis consumers as a whole spend an average of $25-50 each trip to a dispensary and can spend up to $2,500 per year on cannabis. But how does this relate to each market segment?

Headset’s data shows that medical cannabis consumers tend to spend more money in order to purchase a larger supply at one time. In addition to the fact that medical consumers likely intake their medicine more often than their recreational counterparts intake cannabis for fun, medical users can likely afford more at one time due to the tax breaks on medical marijuana. The data from Headset also revealed that medical cannabis consumers tend to favor products such as concentrates in comparison to the edibles and pre-rolls loved by recreational consumers.

There is also the factor of where consumers are buying their cannabis. With legalization comes regulation and taxes, even for medical consumers. While regulation leads to safer, more accessible products, cannabis sold in regulated dispensaries is almost always more expensive than cannabis sold on the illegal market. Medical users have to get their plant medicine from state-legal dispensaries. In contrast, many recreational users—especially in states where rec is illegal—still obtain their cannabis through illicit means, saving some money in the process. It should also be noted that cannabis purchased on the illegal market cannot be included in sales analyses, so it’s hard to say just how many recreational sales were not accounted for in Headset’s report.

Medical Cannabis Programs Are Still Worth It

Despite the rising enactment of state recreational cannabis programs, the data shows that medical marijuana markets are still thriving. The reason is simple: Medical consumers reap tons of benefits not available for rec consumers, such as higher-potency strains, higher possession limits, and lower taxes. For example, medical users in Michigan only pay about 6% in cannabis taxes as opposed to the state’s 16% tax on recreational cannabis. Michigan’s recreational users are also restricted to products with 100 milligrams of THC or less, whereas products with up to 500 milligrams of THC are available for medical users. 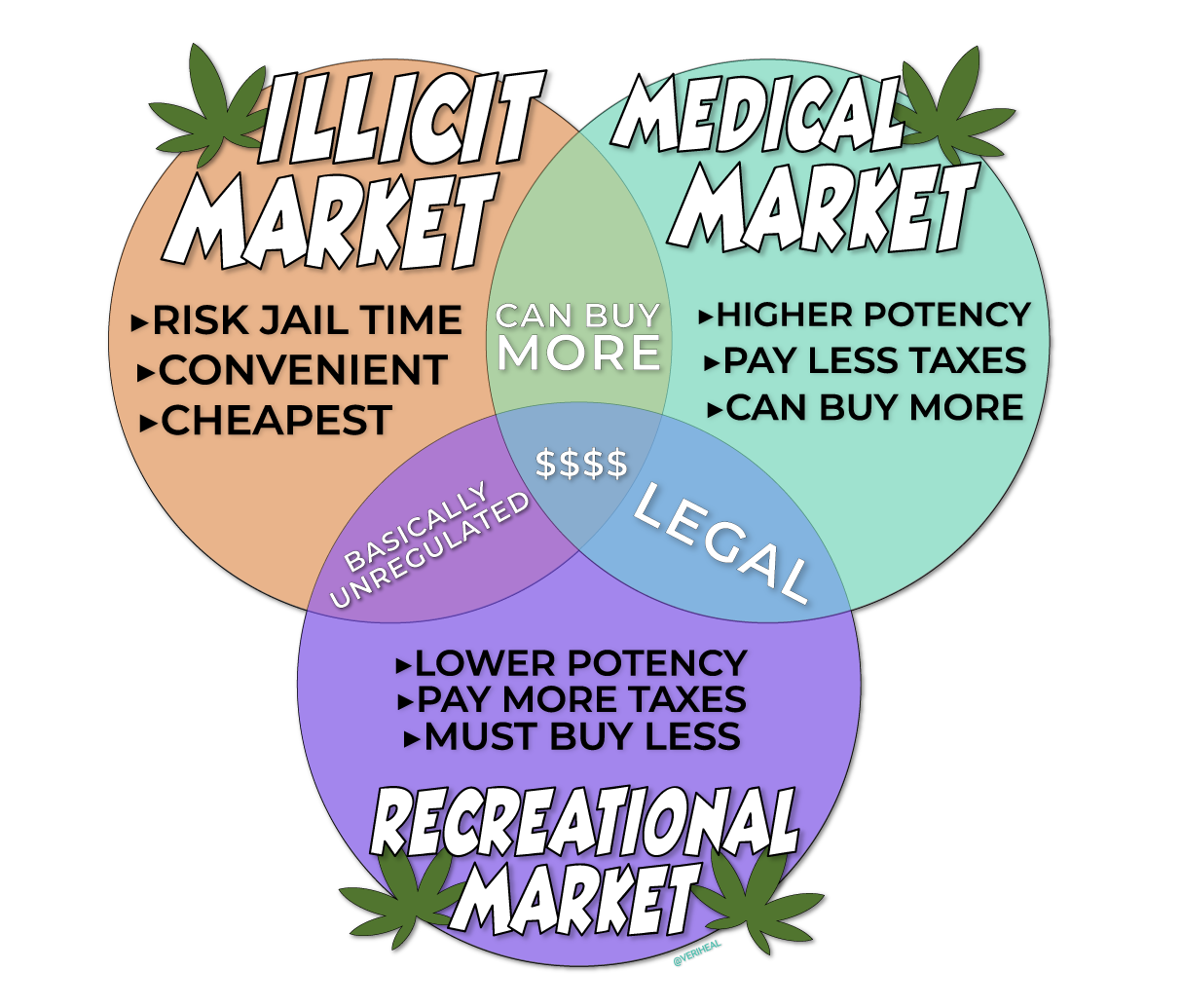 All in all, recreational cannabis consumers spend more per purchase, but medical consumers spend more overall. This could be a result of the age and number of medical markets as well as the higher quantities of cannabis needed by medical patients who depend on it for healthcare. However, the data could still be skewed as a result of so many recreational purchases happening in unregulated spaces. The faster we legalize and regulate cannabis markets throughout the U.S., the more we can learn about the nation’s diverse group of cannabis consumers.