Home Lifestyle A Quick Guide to Traveling With Medical Marijuana 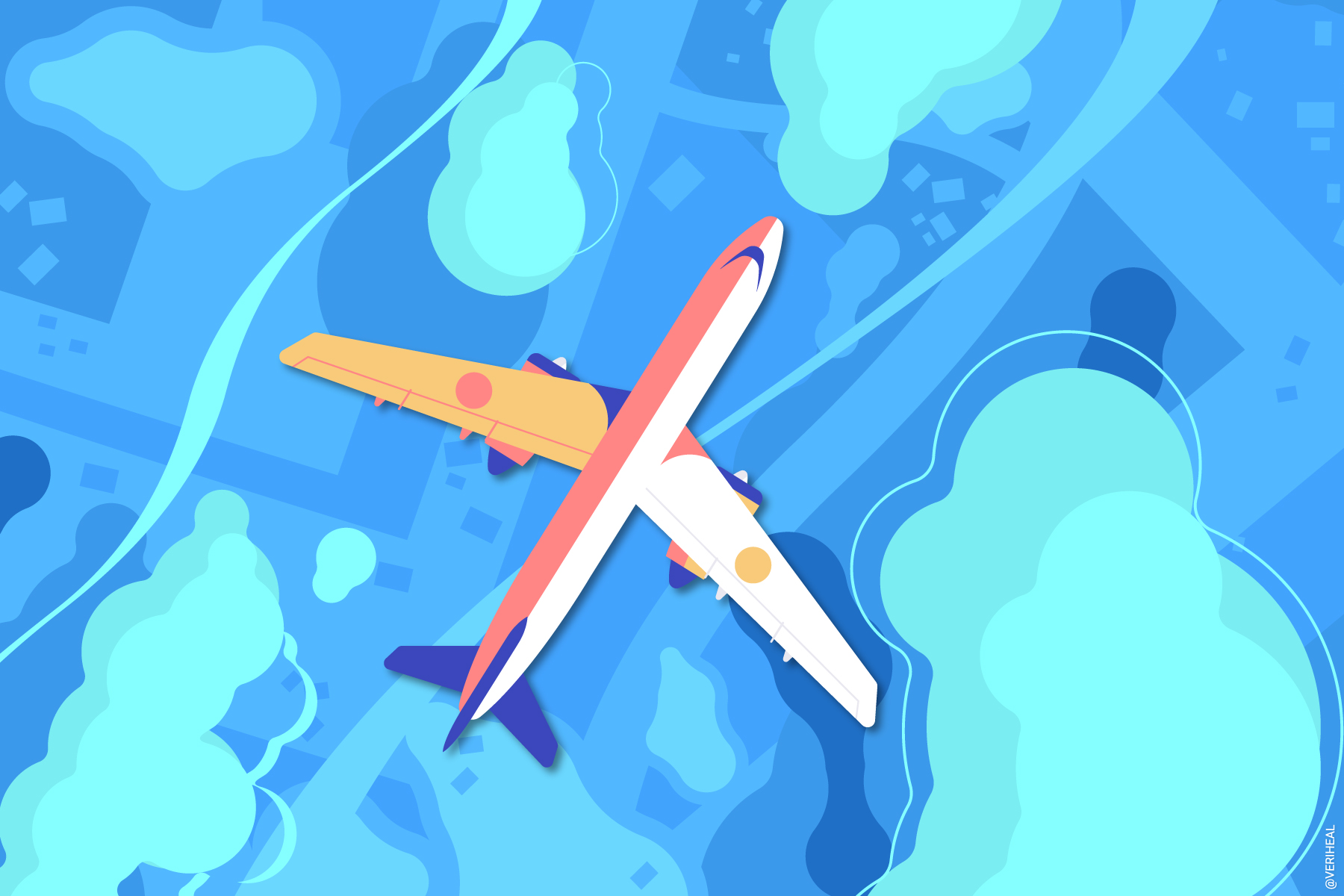 Navigating the laws on traveling with medical marijuana (MMJ) is incredibly confusing with the current global stance on cannabis. In the U.S., some states are okay with you bringing your medicine with you as long as you can prove your patient status, while other states are staunchly against it altogether, leaving MMJ patients in a confusing gray area. And what about patients who want to travel to other countries? There’s often not much insight to be offered until someone else makes a mistake and gets arrested.

In this post, we’re covering the topic of traveling both within the U.S. and abroad with medical cannabis to give you some considerations to take into account before leaving home with your plant medicine.

Traveling Within the U.S.

First, be aware that it is illegal for cannabis products to leave the jurisdiction in which they were purchased—this goes for flower, edibles, tinctures, and anything else that contains THC. To avoid putting yourself in jeopardy, do some preemptive research on the cannabis laws in the location you’d like to travel to. Because marijuana laws fluctuate and seem to change all the time, be absolutely sure that any information you read is current and up to date.

Even if you go to a cannabis-friendly state like Florida or a recreational-use state like Colorado or California, learn about the medical-use laws all the way down to the local laws because even county laws vary significantly. Since cannabis is still illegal in the U.S. at the federal level, MMJ patients are technically breaking federal law no matter where they travel and risk a felony by crossing state lines with cannabis because it is still a Schedule I controlled substance.

Consider which states offer reciprocity for MMJ patients and know them like the back of your hand. It may be easier to register for a state’s MMJ program ahead of time, receive your medical marijuana card, and buy your own medicine once you arrive.

When it comes to flying, you will have to research the regulations for each individual airline and airport as well as the rules set forth by the Transportation Security Administration (TSA). While TSA agents have to report any discoveries of illegal substances during their routine screening procedures to a law enforcement officer, they will allow certain medications, such as Epidiolex and hemp-based cannabidiol (CBD) products. Some airports also provide “amnesty boxes” for passengers to discreetly dispose of their unapproved cannabis products.

Cannabis flower and other cannabis-infused products, including some CBD products containing more than 0.3% THC, remain illegal under federal law with the exception of FDA-approved products. The TSA is a federal agency so therefore must abide by federal laws, which do not recognize the legality of cannabis in any capacity. However, it is important to note that TSA security officers are wholly focused on safety and potential threats to aviation or passengers and do not intentionally search for cannabis or other drugs during security screenings.

In short, it is still illegal to fly with cannabis even if you have documentation proving that you are a medical marijuana patient, but TSA agents do not specifically screen for cannabis. The TSA website states that medical cannabis can be brought in a checked bag or a carry-on bag but notes that this policy involves “special instructions.” The agency adds that “the final decision rests with the TSA officer on whether an item is allowed through the checkpoint.” Ultimately, the decision to travel with your medicine or not is yours to make.

The same goes for ground travel as well. Some trains, buses, and rideshare companies provide specific rules for traveling with cannabis. Unfortunately, most of them will advise you to not bring it at all. The bottom line is that if you don’t want to run into any problems, it’s strongly encouraged that you just avoid driving with cannabis altogether.

If you do decide to drive with medical cannabis, you want to avoid drawing attention to yourself. You also should never drive while medicated or be actively medicating while driving. In some states, if an officer smells cannabis, they have probable cause to conduct a search. That being said, don’t travel with open containers or blatant exposure—learn how to properly store your cannabis before you travel anywhere.

Importantly, you should completely avoid taking cannabis anywhere near school zones or daycares. Federal law prohibits people from bringing cannabis within 1000 feet of these facilities, and those who do will face additional penalties. It would be in everyone’s best interest to avoid having cannabis in these vicinities.

If you are traveling to a foreign country, we implore you to learn its laws surrounding cannabis. Each nation has its own cannabis policy, and challenging it can pose serious consequences. Take, for example, the story of a New York woman who traveled to Russia with 19 grams of her cannabis medicine. As a medical marijuana patient in the state of New York, she was permitted to take her medicine under the state’s program.

However, in Russia, none of these rules apply. It’s a completely different country with a very different set of rules. Upon discovery of the cannabis in her luggage, she was swiftly arrested and forced to spend time behind bars for more than a month. While the patient ended up being released, not every situation like this ends so fortunately. It’s best to avoid traveling with medical marijuana internationally altogether because the laws outside the U.S. can be even more stringent than within.

Know Your Rights and Use Common Sense

We’ve seen that law enforcement is largely uninformed about medical cannabis as a whole and will still pursue people based on their own assumptions regardless of the state laws. Should you decide to venture out with cannabis, know your rights. If you get pulled over, there are laws that allow you to refuse consent to a police search. If you consent to a search, any evidence that’s found can be admissible in court.

On the other hand, if you refuse and the search is deemed illegal, any evidence is immediately inadmissible. Keep in mind that you should never physically object to law enforcement. If they continue to search despite your objection, reiterate that you do not consent loud enough for witnesses to hear. Always carry proof of your MMJ patient status and be ready to show it in the event that you are accused of any cannabis-related crimes.

For cannabis to be taken seriously, we must be sensible about it. This means consuming responsibly and discreetly while making a conscientious effort to become aware of all relevant laws—local, national, and global. Don’t end up in jail over marijuana use because you neglected to do the research.

If you can’t live without your cannabis medication, you will definitely not have access to it while you’re in jail. All patients should become intricately informed on how to properly maneuver in a world that is largely against them. Otherwise, you might end up like the woman who brought her cannabis into Russia.

Ny doesn’t allow flowers so having 19grams of what Exactly? She probably tried to pull a fast one and brought buds thinking she can get a pass having a medical marijuana card arrest her dumb ass for trying it

I’m traveling to New Zealand/Australia in January 2023 and use only CBD tincture. No THC. Do you think this would be a problem? Thanks!

Why Budtenders Are Important in the Medical Cannabis Space