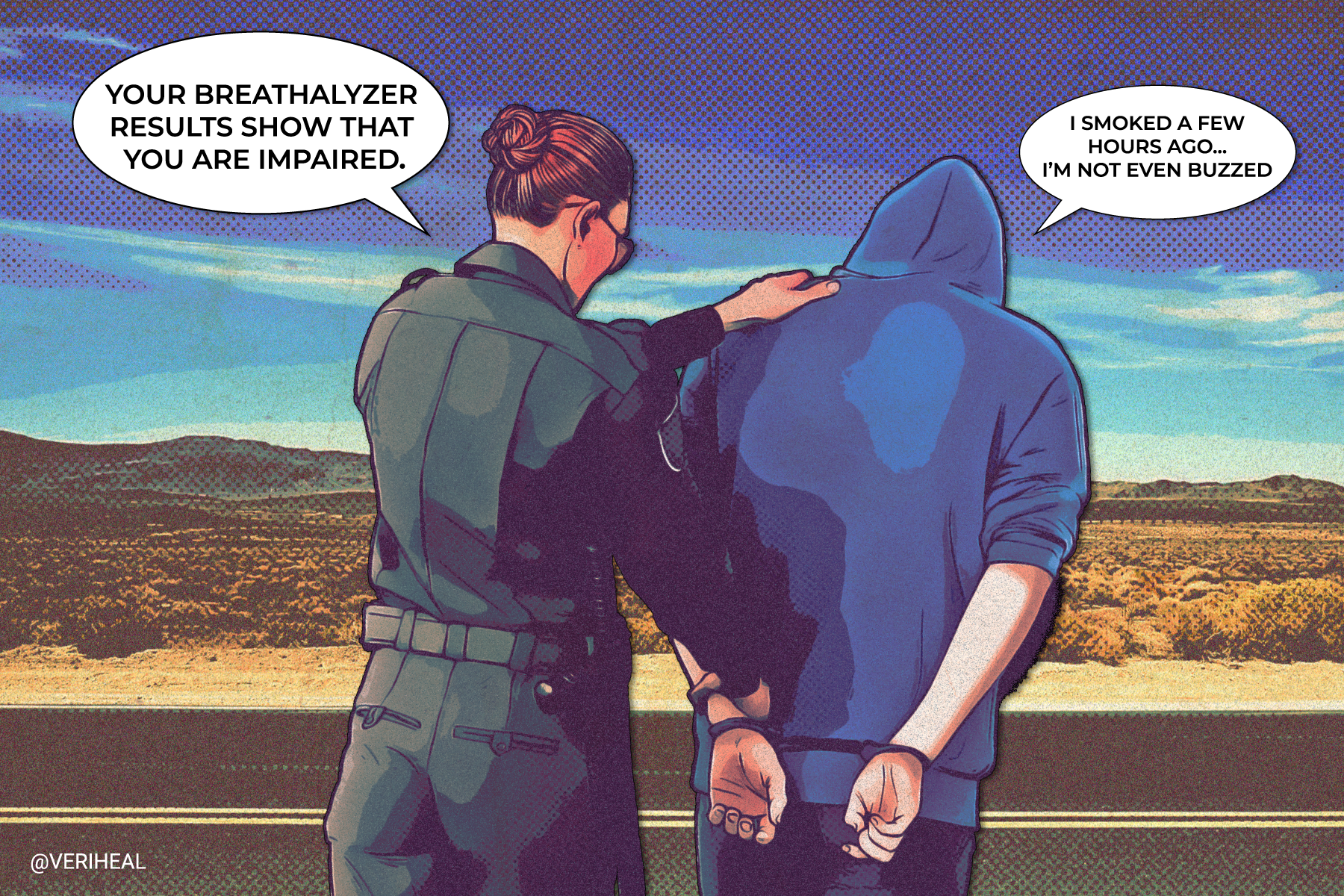 The team of researchers from the university have analyzed all the available studies on the link between cannabis concentrations in the blood and saliva with driving performance, particularly concerning tetrahydrocannabinol (THC). They found that biomarkers are inconsistent indicators.

Their results found that blood and oral fluid THC concentrations “are relatively poor or inconsistent indicators of cannabis-induced impairment.” Unlike this finding, the relationship between blood alcohol concentrations and driving impairment is more concrete.

The researchers explain that their findings will have “implications for the application of drug-driving laws globally.” The university’s press release featured a quote from the lead author, Dr. Danielle McCartney, who stated “Higher blood THC concentrations were only weakly associated with increased impairment in occasional cannabis users while no significant relationship was detected in regular cannabis users,” and that “This suggests that blood and oral fluid THC concentrations are relatively poor indicators of cannabis-THC-induced impairment.”

As part of the research, the team took data from 28 publications involving ingested or inhaled forms of cannabis consumption. The team then went on to characterize the relationship between blood and oral fluid THC concentrations and driving performance, including reaction time.

Dr. McCartney stated that “Of course, this does not suggest there is no relationship between THC intoxication and driving impairment,” and that “It is showing us that using THC concentration in blood and saliva are inconsistent markers for such intoxication.” This research calls into question the validity of the methods being used to assess cannabis-induced impairment. The press release explains that this includes Australia’s mobile drug testing operations which tests for concentrations of THC in blood.

“Our results indicate that unimpaired individuals could mistakenly be identified as cannabis-intoxicated when THC limits are imposed by the law. Likewise, drivers who are impaired immediately following cannabis use may not register as such,” explains Dr. McCartney.

In addition to this, the team found that “how ‘stoned’ individuals reported that they felt was also weakly associated with actual impairment.” This means that individuals are not objective enough to determine whether they are able to drive safely due to the fact that their perception of their impairment is inaccurate.

Co-author, Dr. Thomas Arkell, explains that “individuals are better to wait a minimum length of time, between three and 10 hours, depending on the dose and route of administration, following cannabis use before performing safety-sensitive tasks. Smartphone apps that may help people assess their impairment before driving are currently under development and may also prove useful.”

Academic Director, Professor Iain McGregor, said that “THC concentrations in the body clearly have a very complex relationship with intoxication. The strong and direct relationship between blood-alcohol concentrations and impaired driving encourages people to think that such relationships apply to all drugs, but this is certainly not the case with cannabis,” and that “A cannabis-inexperienced person can ingest a large oral dose of THC and be completely unfit to drive yet register extremely low blood and oral fluid THC concentrations. On the other hand, an experienced cannabis user might smoke a joint, show very high THC concentrations, but show little if any impairment.”

A Need for A More Reliable Way of Identifying Cannabis Impairment

McGregor goes on to explain that “ We clearly need more reliable ways of identifying cannabis-impairment on the roads and the workplace. This is a particularly pressing problem for the rapidly increasing number of patients in Australia who are using legal medicinal cannabis yet are prohibited from driving. The increase in legal recreational use of cannabis across multiple jurisdictions worldwide is also making the need for reform of cannabis-driving laws more urgent.”

Why? Well, as mentioned before cannabis affects each consumer differently for a number of reasons including tolerance, plant potency, whether it was consumed along with another substance, etc. By making an application which does not assess biomarkers but instead abilities—such as reaction time— it could more accurately determine the level of impairment.

This is then oxidized to form acetic acid, which McGill describes to be like vinegar. However, this is apparently not how cannabis works. That being said, the Hound Labs Breathalyzer seems to understand this as their breathalyzer acts as a mini mass spectrometer to measure the mass of specific molecules. Yet impairment may be subjective to each consumer.

Chris Halsor, a Colorado attorney, told Discovery Magazine that “You could absolutely have people under the influence of marijuana who had poor physical coordination,” and that “and you could also have people who were completely baked out of their minds and could ace them.” While Peter Grinspoon tells them that he can understand how people like to quantify things and that “I can understand how useful it would be to have a simple machine, a thing like a breathalyzer, that would simply allow law enforcement to say, ‘you’re impaired, you’re not impaired.’ However, it just doesn’t work that way.”

Whether by cannabis breathalyzer or by app, cannabis consumers will be subjected to impairment testing in the future. Considering the fact that consumers can not accurately recognize their level of impairment, the need for an accurate test is becoming increasingly important, especially when we add the fact that cannabis is gaining legalization across the globe.