Cannabis, a plant wrongly accused of causing laziness and tiredness in consumers, could actually offer fatigue-fighting benefits. This is according to a group of researchers from the University of New Mexico (UNM), who recently teamed up with the creators of the Releaf App to investigate the true link between cannabis use and energy levels.

In their recently published study, titled “The Effects of Consuming Cannabis Flower for Treatment of Fatigue,” the UNM researchers proved that the Cannabis sativa plant instantly reduced feelings of fatigue in most consumers.

“Despite the conventional beliefs that frequent Cannabis use may result in decreased behavioral activity, goal-pursuit, and competitiveness, or what academics have called ‘amotivational syndrome,’ people tend to actually experience an immediate boost in their energy levels immediately after consuming cannabis,” said study co-author and associate professor in the UNM Department of Psychology, Jacob Miguel Vigil.

Fatigue: What Causes It?

Dealing with tiredness is one thing; dealing with fatigue is a whole other ball game. In many cases, fatigue is so intense that it can leave a person feeling too physically and emotionally drained to enjoy daily life. People who suffer from fatigue may struggle with physical exertion, weight fluctuation, depression, emotional imbalance, and sleeping disturbances.

People of all ages can be affected by fatigue, which is otherwise known as chronic fatigue syndrome (CFS). Although it’s difficult to estimate the prevalence of fatigue, statistics indicate that it affects approximately 0.25% to 0.40% of people. This works out to around 40 people in every 10,000 who visit a general healthcare practice.

Fatigue may stem from the consumption of certain types of medications, including antidepressants and sedatives. The condition may also occur as a result of poor lifestyle habits, chronic disease, and depression.

The Releaf App’s Role in the Fatigue Study

Patented mobile software tool Releaf App was utilized for this large-scale study. Highly rated by users, the Releaf App features an electronic diary that can be updated with information pertaining to self-monitored cannabis session-specific effects. After sampling a store-bought strain, users can input real-time symptomatic changes and side effects, as well as the strain’s unique characteristics. 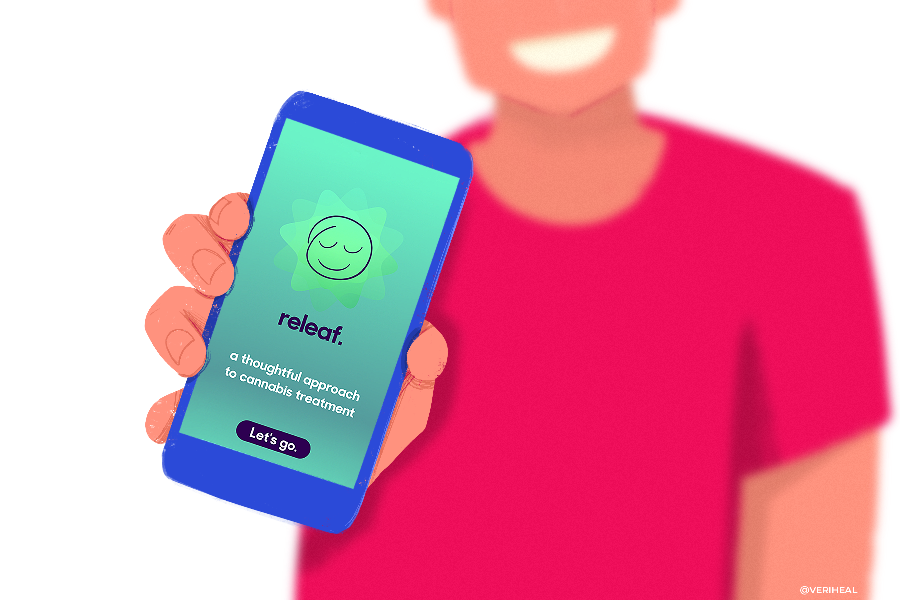 Data was pulled from 3,922 cannabis self-administration sessions with the help of this application. The sessions were logged by a total of 1,224 people who had access to the app. The app’s real-time features made it possible to assess the overall fatigue-reducing effects of various readily available cannabis flower products.

The results showed that, on average, people who consumed cannabis flower in combustible form (smoking) experienced a 3.5 (on a scale of 0-10) improvement in their fatigue symptoms. Additionally, the research effort found that more than 91% of study subjects who used cannabis for fatigue experienced some level of symptomatic relief.

Interestingly, a good old joint proved to be the most effective method of administration, as opposed to a vaporizer or pipe.

Minor Cannabinoids vs. CBD and THC

Scientists know that cannabis contains a wide variety of naturally occurring chemicals other than cannabinoids. What they didn’t previously realize, however, was that the plant’s minor cannabinoids may influence a person’s overall experience significantly more than the most commonly researched cannabinoids, CBD and THC. Vigil stated:

“Our observation that the major cannabinoids tetrahydrocannabinol (THC) and cannabidiol (CBD) were largely uncorrelated with changes in feelings of fatigue suggest that other minor cannabinoids and phytochemicals such as terpenes may be more influential on the effects of using cannabis than previously believed. In the near future, I anticipate that patients will have the opportunity to access more individualized cannabis products, with distinct and known combinations of chemical profiles for treating their specific health needs and lifestyles.”

Terpenes, such as limonene, myrcene, and beta-caryophyllene, are responsible for giving each strain its unique aroma and flavor. In addition to smelling and tasting good, they have been shown to possess a whole host of medicinal properties, including analgesic, anti-inflammatory, anticancer, antifungal, antiviral, antimicrobial, antihyperglycemic, and antiparasitic properties. The same goes for flavonoids, which are also found in flowers, fruits, roots, stems, vegetables, and grains.

Sarah Stith, co-author of the investigation, stressed the fact that there was no major focus on indica or sativa cannabis products. Rather, Stith—who also serves as an associate professor in the UNM economics department—noted that the most unexpected finding was that cannabis, in general, successfully eased feelings of fatigue, regardless of the CBD or THC concentration.

“One of the most surprising outcomes of this study is that cannabis, in general, yielded improvements in symptoms of fatigue, rather than just a subset of products, such as those with higher THC or CBD levels or products characterized as sativa rather than indica,” she said.

The outcome of this study stirred up a great deal of excitement for the COO at MoreBetter, Tyler Dautrich. His company is responsible for developing the Releaf App, which is rapidly being adopted in research efforts like this one. Following the study’s completion, Dautrich spoke with reporters about the practicality of incorporating real-world data and studies into future cannabis studies.

“This obviously has implications for patients experiencing fatigue as a symptom of their medical condition, but we also feel this can lead to healthier options to the current energy drink and supplement market,” explained Dautrich, who added that the findings “support the use of cannabinoids for helping individuals manage their fatigue and energy levels.”

As we look to the future, the use of real-time data and meticulous assessment may help steer opinions among anti-cannabis lawmakers and healthcare professionals. Consequently, more people could eventually gain access to cannabis-based medicines for fatigue. Since fatigue may impact people with a broad spectrum of diseases, such as acute liver failure, cancer, fibromyalgia, sleep apnea, and obesity, the prospective consumer demographic is huge.

Funding for the study was largely supported by individual donations made to the University of New Mexico Medical Cannabis Research Fund (MCRF). Head on over to YouTube to view the MCRF’s educational channel, “Cannabis Connection University,” for more information about similar research efforts.