Home Lifestyle Can You Get Higher By Holding in Cannabis Smoke For a Long Time?

Can You Get Higher By Holding in Cannabis Smoke For a Long Time? 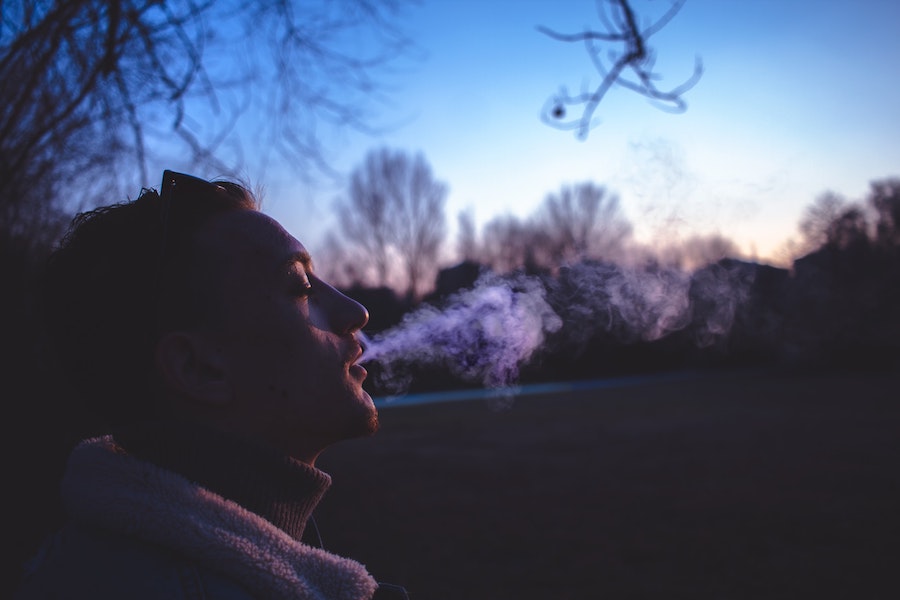 Many people will try to tell you that you should hold in our cannabis smoke before exhaling in order to get the most out of your toke. Many people believe that if you hold in the smoke for longer, you give your body more time to absorb the cannabinoids through your lungs’ alveoli (the air sacs in your lungs). Despite how logical that may seem, science does not support that theory. In fact, the reason why you may feel an intensified effect from holding in your smoke has nothing to do with absorbing more cannabinoids.

Why Holding in Cannabis Smoke Doesn’t Get You Higher

Many people will argue that the longer they hold in their smoke, the more they feel the cannabis. However, more than 90% of the cannabinoids are absorbed instantly as you inhale. The feeling of getting higher from holding it in has nothing to do with the cannabis itself, what is actually happening is the deprivation of oxygen to your brain. Depriving your brain of oxygen through holding in your smoke can make you feel lightheaded. The carbon monoxide and toxins from combustion with smoking and holding it in only intensify the lightheadedness. The more you hold in, the more elevated your heart rate gets and blood gets pumped in faster to compensate for the low oxygen levels, contributing to the feeling of getting more out of your smoke.

In fact, holding in your smoke for longer than necessary results in the absorption of unwanted smoke and tars. Consuming your cannabis through joints and bongs and holding that smoke in, allows the tar to stick to your lungs more. However, if you were to hold in the smoke from a vaporizer, you run a lower risk of unnecessary tar sticking to your lungs as this method of cannabis consumption is proven cleaner. Despite the differences in smoking methods and holding it in, one thing remains, the longer you hold your smoke does NOT mean you’re absorbing more cannabinoids. 3 seconds is all it takes for your alveoli to absorb the optimal amount of cannabis and move the cannabinoids into your bloodstream.

For Optimal Cannabis Absorption, Consider This:

Consider doing the following to ensure the optimal intake of cannabinoids with minimal risk of oxygen deprivation and wastage:

Regardless of how long you hold in your smoke, cannabis will have the same effect on your body as it would if you hold it in for 3 seconds or 10 seconds, the only difference is the amount of oxygen and blood flowing through your body. No matter how long or deep you inhale, there is still a limit on cannabis absorption, which does not take longer than 3 seconds to reach. So inhale, exhale that toke and breathe in that fresh air.

Thanks! Always wondered about this!

I love you, bud fairy!

Thanks Chane, I wish in my younger years, I didn’t hold all those big bong hits in so long till exploding into coughing fits.
Nice Piece!

Read this carefully. I’ve been doing delta 8 for a couple months now and thought you had to hold it in for as long as you could. After reading this I thought this was bs because I would take really fast hits and very little effect. Then I re-read this and realized it said to Hold it for 3 seconds max. Also don’t forget forget to keep your vape clean and clean the connectors on the battery + cartridge with alcohol.

Sir, smoke ≠ THC. The body absorbs 90% of the cannabinoid content instantly upon inhalation. But if you enjoy holding it in, then do it! 🙂