Exploring the History of Cannabis-Infused Edibles Through The Ages 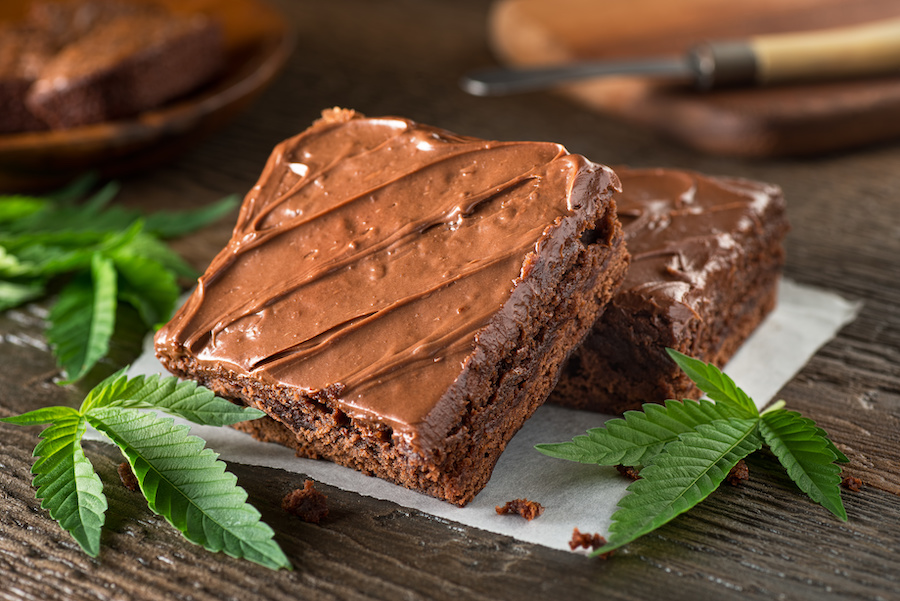 Cannabis edibles are a favorite among users, but not many people realize that this method of consuming cannabis is thousands of years old. If you’ve been following the history of cannabis, you may already know that its use predates the modern era. Back in ancient historical times, the hemp plant was used in the production of textiles, as it continues to be to this day. Hemp was also used to make paper, as well as ropes and sails for sailing vessels in colonial America. And, similar to today’s usage, the oils of the plant were extracted to create medicinal edibles far before modern pharmacology was born. Let’s learn.

Horse puckey! we hear you saying. Cave dwellers did not have cannabis edibles!

But that’s where you might be wrong. While we have no formal record of what exactly our stone-age ancestors did or did not eat, there has been evidence of cannabis use found in ancient burial sites, and locations where early man was inhabited. We also know cannabis was growing in the areas where early man was living. For example, a 2,500-year-old mummy discovered in the Altai Mountains in Russia was found buried with ancient cannabis that she was most likely using for medicinal purposes. And the famous 5,300-year-old mummy, Ötzi the Iceman, showed evidence of also using cannabis at some point right before his death. Today, ethnobotanists believe it was one of the first plants our ancestors explored. They would have discovered the flower of the cannabis plant not only sated their hunger, but it also provided an enjoyable body high! If our ancient ancestors were already smoking cannabis several thousand years ago, they were likely eating it as well.

As we move forward a bit in history, we actually do have a reliable written record of what was going on, and we’re able to say conclusively that people were using cannabis as an ingredient in their kitchens. In Uzbekistan, we have writings of recipes tailored for men and women to put them in an amorous mood. Similarly, Cambodian writings tell of the use of cannabis as a seasoning, and we can trace this tradition all the way forward to today, where cannabis is still used in the “Happy Soup” served at Cambodian weddings.

Many other folk recipes from the middle ages have survived, and many of them do include cannabis as an ingredient. The Greeks steeped cannabis seeds in wine, and in Poland the seeds were crushed and mixed with salt, oil, and butter before being spread on bread.

Now we were beginning to get really creative. In the 1800s, hashish maple candy was developed. Then, in the 1900s, we had a real breakthrough—the baking of cannabis into fudge. This practice soon morphed into cannabis brownies, which remain a staple on the edibles scene to this day.

Nowadays, we are able to use the techniques that were developed in the past couple of centuries to add cannabis to almost any food. Take a trip to your local dispensary and explore the edibles available for sale and you will see a stunning variety, from candies to chocolates to honey and tea. You can also create your own edibles at home by infusing butter or oil with cannabis, or by simply creating cannabis flour or cannabis-infused sugar. Cannabis remains one of the most versatile plants on the planet and provides us with a wide variety of ways in which to enjoy it.

If you haven’t yet explored the widening world of cannabis edibles, we encourage you to do so at your earliest convenience!

Can You Fail a Drug Test from Secondhand Smoke?