Home Lifestyle Exploring The Benefits Of Building With Hempcrete

Exploring The Benefits Of Building With Hempcrete 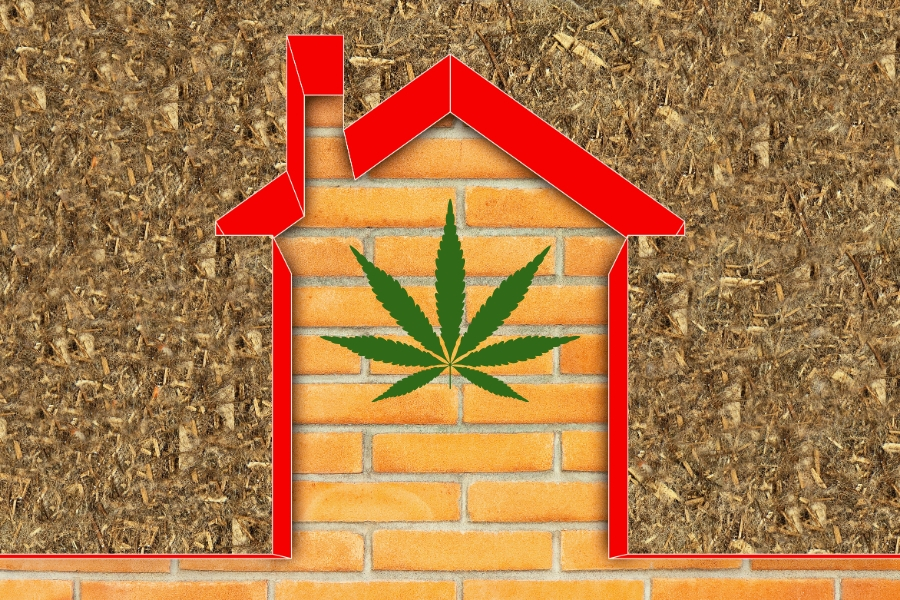 If you’re a regular reader of this blog, or if you’re actively involved in the cannabis community, you’re already familiar with the many different uses for cannabis plants. In addition to the highly publicized recreational uses of cannabis, marijuana has been used as a medical compound in both modern and ancient times. The seeds and oil of the hemp plant have been used in cooking and baking. And clothing made from hemp is not only in fashion, but it’s also some of the most sustainable and green stuff on the market.

But even the most cannabis-aware of our readers might be surprised to learn that hemp can also serve in another way—as a construction material.

Hempcrete is exactly what it sounds like—concrete made from the hemp plant—and it might well be on its way to revolutionizing the way we build.

Exactly What is Hempcrete?

Hempcrete is made by mixing the inner core of the hemp plant, which is woody in nature, with powdered limestone to act as a binding agent. The silica content of the hemp encourages binding with the lime, a property that no other natural fiber has. What results from this process is a construction material that resembles concrete, but at about one eighth the weight.

Although hempcrete does take a long time to cure, making it a challenging building material for solid walls, it can be used as an insulator. In homes constructed with wood stud framing, hempcrete can serve as a filler to keep the home’s interior temperature well regulated. Hempcrete can also be used to make bricks, which solidify much more rapidly due to their smaller size, and these bricks can then be used just as you would use normal bricks in the construction of residential homes. The third little pig hadn’t seen anything yet!

Why Build With Hempcrete?

Now that you understand what hempcrete is, why should you choose it for the construction of your home? After all, hemp is only just now starting to grow in popular usage. Most homes are not built this way—in the United States, it’s still a novelty. Why go to the extra effort it would require to see that your home is built with hempcrete?

There are a number of reasons.

Now that hemp is once again legal in the United States, the time couldn’t be better to explore the capabilities of this underutilized plant. We as people have known how versatile hemp is for millennia, but we have allowed that knowledge to dwindle and become lost thanks to nothing more than hemp’s resemblance to its sister plant, marijuana. But we deserve to take full advantage of this sustainable and multifunctional crop.

Hempcrete is a great way to incorporate hemp into your daily life, reduce your carbon footprint, and jump on board a new residential trend that will have homes of the future safer and more comfortable than ever before.