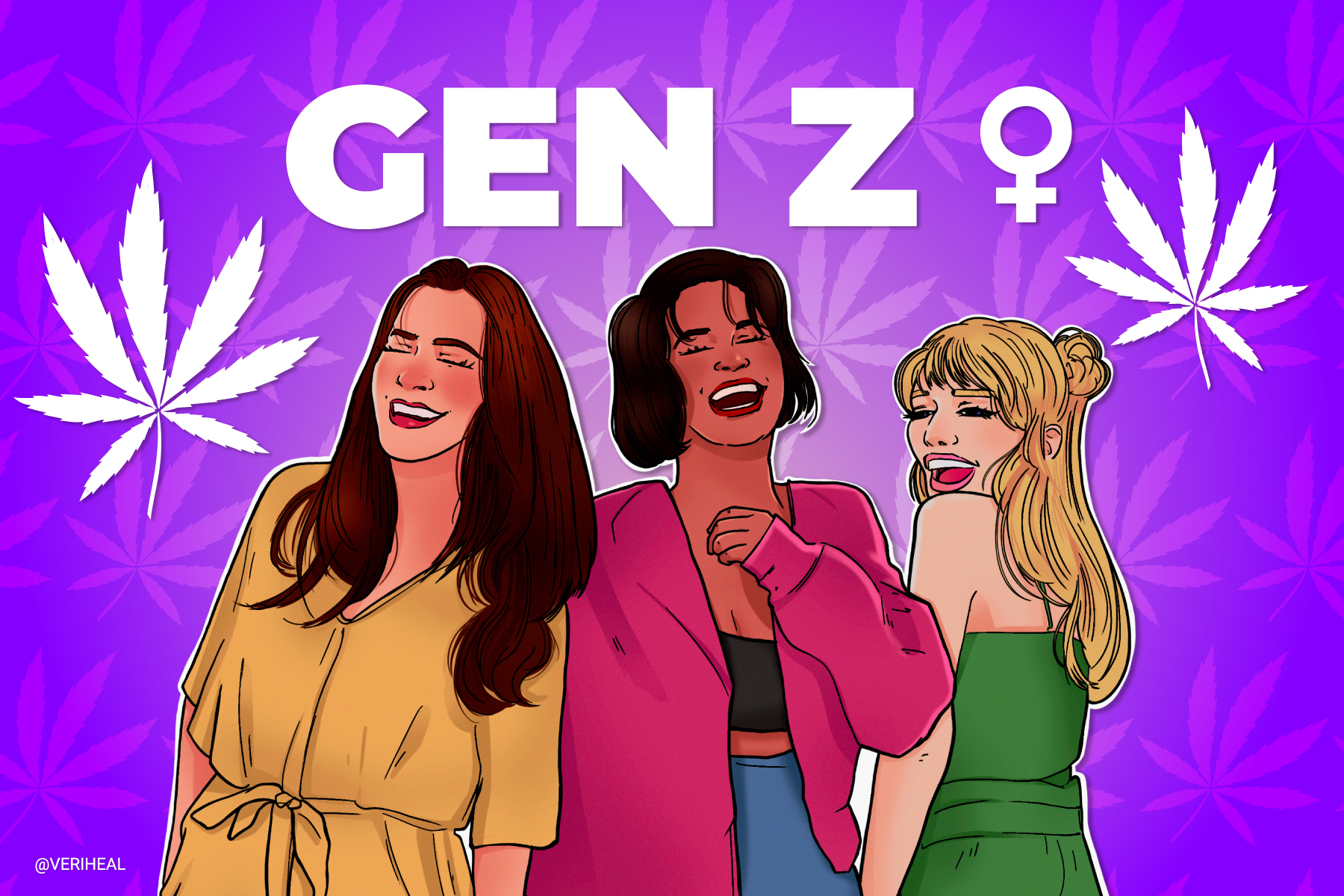 The future of cannabis appears to be female, as Gen Z women have become the fastest-growing group of consumers of legal cannabis, according to NBC News. They explain that the covid-19 pandemic led to a 46% growth in legal cannabis sales during 2020. It appears that Gen Z saw the fastest growth but that the women took the lead.

Gen Z, or Generation Z, is defined as those who were born after 1996 with the oldest turning 24 this year. Pew Research Center explained that Gen Z “was in line to inherit a strong economy with record-low unemployment”. Unfortunately, this is no longer the case. The coronavirus pandemic has devastated social, economic, and political aspects in many countries across the globe. The research center suggests that Gen Z is now entering an uncertain future.

Pew Research Center conducted a survey in March 2020 and found that 50% of Gen Z, or someone in their household, had taken a loss in occupation or a pay cut due to the virus. Gen Z suffered the highest loss as Millennials (40%), Gen X (36%), and the Baby Boomers (25%) scathed through. However, it should be known that this study may not be indicative on a global scale.

Interestingly enough, Gen Z was also found to be “less likely than older generations to see the United States as superior to other nations”. Gen Zers are also more progressive, racial, and ethnically diverse as well as being more likely to be immigrants. This generation is also on track to become the most educated generation yet with the majority being likely to enroll in post-high school programs. Another Pew survey found that this generation wants a more activist government to solve more problems and do less of what is better left to businesses and individuals.

Gen Z Women Are the Future of Cannabis

NBC got a quote from a business owner, Meagan Tyler Shreve, who stated that “no more do I want to meet a creepy guy in a back alley to get a gram of no-name gross weed”. They go on to explain that part of the reason why Gen Z is accounting for the increase in legal cannabis purchases is that many of them were turning 21 and because of de-stigmatization.

The news outlet used data from Headset to explain that Gen Z women who purchased cannabis grew by 151%, with the Gen Z men sitting at a 118% increase in legal purchases. The managing director at Brightfield Group (a cannabis market research agency), Bethany Gomez, stated that “the future of cannabis is female” which is being driven by “shifting public attitudes and increasingly sophisticated design and packaging”.

According to the Headset data, flower purchases dominate in both genders but women tend to navigate towards pre-rolled joints, edibles, and beverages more than men. Tessa Adams, chief marketing officer at Moxie, stated that “the female consumer wants to be discreet, wants to have something not just to blow you away”.

It appears that the quality of the product, convenience, portability, and ease of use are particularly attractive to consumers according to NBC News. Danielle Jordan, a 21-year-old EKG technician student stated that she does not know how to roll, so she purchases cones, which are “just so easy to stuff”.

Women Are More Likely to Use Cannabis for Health and Wellness

Sydney Cheney, a 21-year-old ADHD customer service representative stated that cannabis helps to control her anxiety in large crowds as well as helping her focus and meet deadlines. However, Dr. Sachin Patel stated that the “true therapeutic efficacy” and “long-lasting negative consequences are not clear”. While we agree that the long-lasting negative consequences are still to be fully understood, the therapeutic efficacy of cannabis is harder to discredit since more, and more research is proving its efficacy.

Kristi Palmer, co-founder of Kiva Confections stated that “cannabis brands and companies are getting with the program and professionalizing in a way that welcomes women into the space”. This includes “well-designed packing, clear and regulated information labels, lab-tested ingredients, standardized dosing, and modern branding”. NBC also states that “while all consumers benefit from safer, regulated, easier-to-use products, women who are cannabis users say they particularly appreciate the evolved approach”.

Norman Ives, a broker and cannabis practice leader at NutraRisk, explains that “today, women drive 70-80% of all consumer purchasing through a combination of their buying power and influence” and that “with the legal cannabis market expected to surpass $25 billion by 2025, this spending power will no doubt expand further into the cannabis industry in states where it is legal”.

The magazine also went on to state that women consumers “aren’t driven to buy cannabis through hard-sell tactics, and are more likely to respond to advertising messaging that has more of a conversational dialogue”.

While Gen Z women are the future of cannabis consumption, women of all generations are playing crucial roles in shaping the cannabis industry. In the Veriheal network alone, we recognize the many professional women on our team as they aim to significantly impact the cannabis industry as well as offer their medical expertise to patients nationwide. Cannabis strains are also being named after iconic women. Given the many struggles women have faced throughout history, the fact that women are the future of cannabis is particularly exciting and we can not wait to see what happens next!