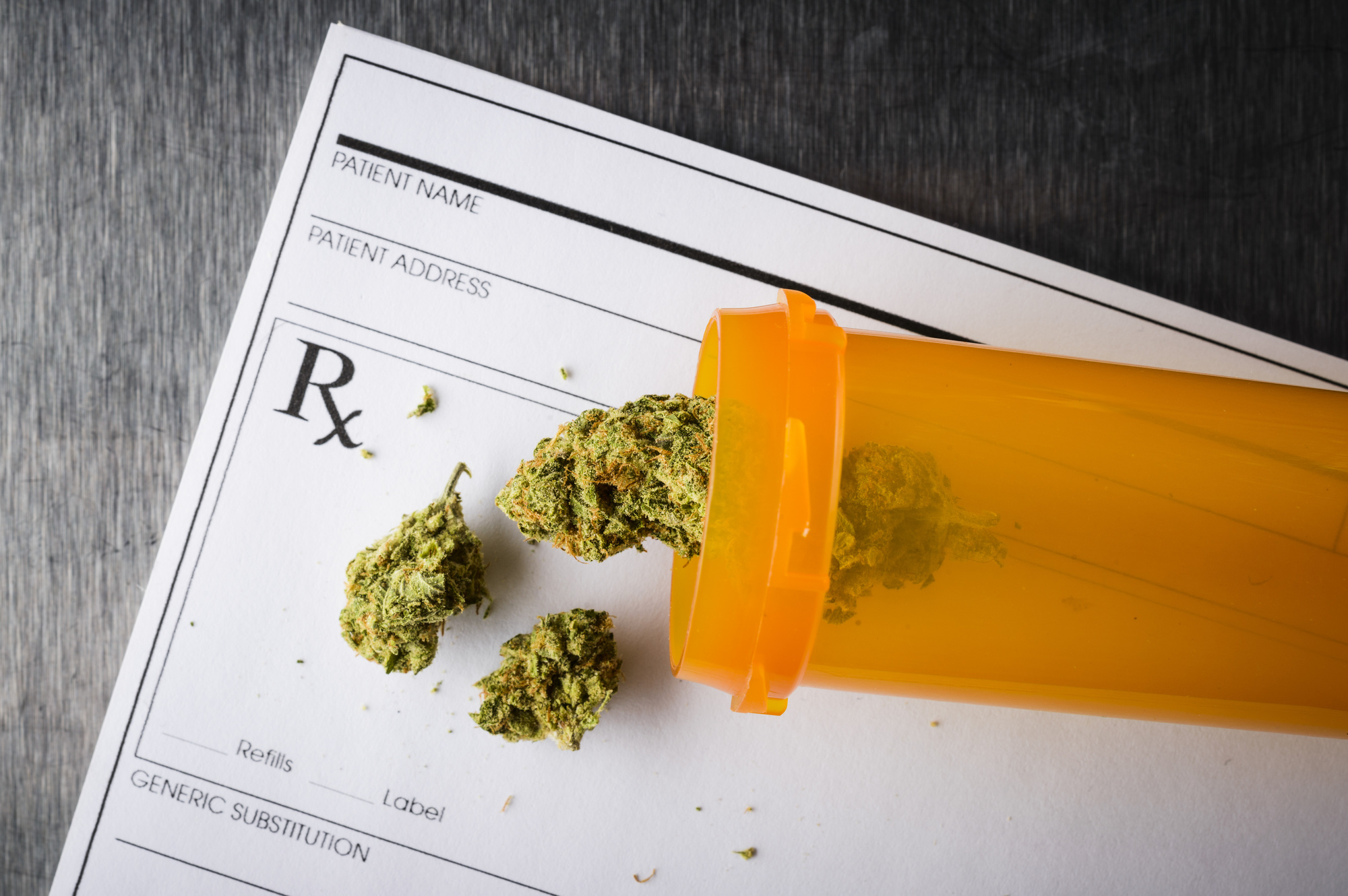 This is flatly untrue.

Medical marijuana, particularly a good Indica strain, can alleviate the symptoms of an exhaustive list of ailments.

Below, we’ve compiled a list of conditions treatable by Indica strains of marijuana.

But First, What Is Indica?

Before we actually get into its benefits, let’s establish an understanding of what the difference is between an Indica strain of marijuana and other strains.

There are many different strains, cross-breeds and hybrids of marijuana. But they all fall under two umbrella groups: Indica and Sativa.

As plants, Indica is typically shorter and stouter while Sativa is taller and lankier. Because Indica produces a smaller yield as a plant, its buds are typically more densely packed with THC, the chemical in cannabis that is responsible for the euphoric experience.

Both Indica and Sativa also produce different highs. Sativa is famously known to give the user a euphoric, uplifting, “heady” high and an Indica strain of marijuana is known to be more of a “body high.” It’s the type of weed that relaxes your muscles and makes you sink into your couch. Scientists believe that this is because Indica has a higher concentration of CBD – the yin to THC’s yang.

The Medical Benefits Of An Indica Strain

Because of Indica’s high CBD concentration and its relaxing properties, an Indica strain is deal for ailments relating to muscle pain, spasming, and restlessness. Below are some specific use cases for Indica marijuana, though medical cannabis has endless uses.

Insomnia is becoming a growing ailment for people these days. Thanks to the inundation of media and stimuli receive while we’re awake, it has become more difficult for people to turn their brains off when they go to sleep.

However, after smoking marijuana, a 2013 study found that users had less difficulty falling asleep than their non-smoking peers. It actually reduced the time it took for them to fall asleep by over an hour.

Weed has become so effective in treating seizures. Scientists have even created a Sativa-Indica strain called Charlotte’s Web designed specifically to treat epilepsy and other maladies.

Charlotte’s Web was named after a girl named Charlotte Figi who used to experience frequent debilitating seizures. Until she started smoking this strain, that is.

What makes this strain different is that it is very low in THC and packed with CBD, making it good for treatment without limiting the user clarity of mind that THC can disturb.

Because of its low THC content, Charlotte’s Web is legally classified as hemp instead of marijuana, making it easier for potential patients to obtain. This is an important classification. Scientists’ ability to separate THC from CBD make allow us to sidestep the issue of legality entirely.

For veterans returning from war, survivors of assault, and men or women escaping from abusive relationships, PTSD can be a life-threatening ailment. It keeps you anxious, afraid, angry, and unable to sleep.

The worst symptom of PTSD is the chronic nightmares a victim of the disorder experiences.

Thankfully, marijuana has come to the rescue. In 2009, a study found that THC served as a fantastic treatment for PTSD-related nightmares or night terrors. The study found that users slept longer, had a better sleep quality, and had fewer daytime flashbacks when awake.

A good Indica strain of marijuana gives you a “stoned” feeling. Your body gets heavy, and the high hits you in the body and legs. For someone looking to get high with their friends, Indica may not be the weed for you, but if you suffer from chronic physical pain it may be perfect for you.

Because marijuana is so popularly used recreationally, many strains of even Indica have had all of the CBD bred out of it. So if you’re looking for an Indica strain to treat your chronic pain, make sure to buy a strain with a high CBD concentration.

Not only can marijuana ease the pain in your large muscle groups, it can also alleviate the pain in your bones and joints as well. Ailments like arthritis and fibromyalgia are caused partially by severe inflammation in the joints.

Thankfully, research has shown that the cannabinoids in weed can reduce your inflammation as well.

Looking For A Medical Indica Strain?

Almost all strains of marijuana can have tremendous palliative effects that will boost your wellbeing. But the more specific you can get the better. Depending on your ailment, you might need to find a strain with a higher CBD content or a higher THC content. Like with any other medicinal product, there is no one cure-all drug, so you need to find one that specifically works for you. A doctor wouldn’t prescribe you Xanax for foot pain, so you shouldn’t buy Charlotte’s Web to treat your PTSD.

On top of figuring out the balance of cannabinoids you need, different strains also have different levels of potency, so that’s something you should be looking out for as well.

If you’re lost and don’t know where to begin looking for the right weed for you, check out our dispensary locator resource. Dispensaries are typically staffed with marijuana experts that can help you find the perfect Indica strain for you, or any other. Need a medical marijuana card? We can help.