Joe Biden Vs. Cannabis and His New Plan To Rebuild Black America 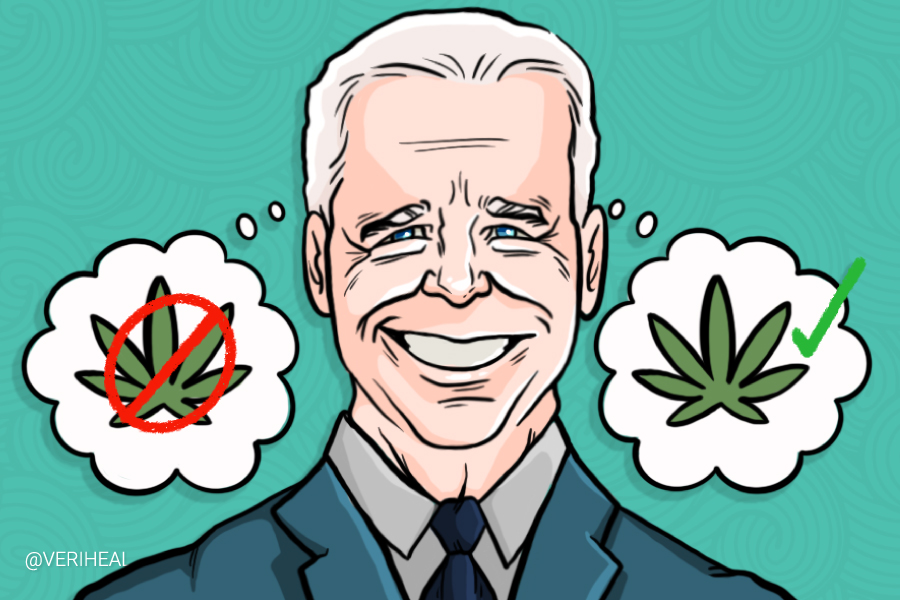 As the 2020 Presidential Election draws near, voters have a lot to consider. We must weigh the candidates’ stances on every issue that matters to us. And although it has taken a back seat to the larger concerns of health care and the economy, the legalization of cannabis is a concern for many. It cannot be denied that legalized cannabis would have an impact on health care options in this country, as many people find it a successful tool for managing pain and anxiety. Allowing the cannabis industry to flourish would also help to stimulate an economy that is currently in crisis. And, of course, there are many Americans who simply enjoy cannabis recreationally and would like to see it made legal for all. Now that Joe Biden is the probable Democratic candidate for President, it’s worth taking a look at his stance on the issue, and how it compares to that of Republican incumbent Donald Trump.

Biden has been historically tough on crime and has been an advocate of the War on Drugs. In 1989, he publicly criticized then-President George H.W. Bush, declaring that Bush’s anti-drug plan was too lenient. Biden called for harsher punishments for those who committed drug offenses. Biden also helped to write several laws, including the Anti-Drug Abuse Act of 1986 and the Violent Crime Control and Law Enforcement Act, that toughened sentencing for a drug-related crime.

Although these measures did not target cannabis specifically—Biden was focused on the reduction of drug use and drug-related crime as a whole—he has said, as recently as 2010, that he believes cannabis “is a gateway drug.”

The good news is that Biden appears to have seen the error of his ways. If nothing else, he has at least noticed that public opinion regarding cannabis is no longer what it was in the 1980s.

Last July, Biden released a  justice reform proposal that included, among other things, decriminalization of cannabis and steps to reduce racial profiling by police. Though he still hasn’t come out in support of federal legalization, he has changed his tune on the alleged dangers of cannabis. “I don’t think it is a gateway drug,” he told reporters last November. “There’s no evidence I’ve seen to suggest that.”

Biden has previously declared that he would favor reclassifying cannabis as a Schedule II substance if elected. However, his 2020 campaign has recently revealed plans for significant criminal justice reform that includes federal decriminalization of cannabis. All in an effort to tackle festering racial issues caused by the War on Drugs and to “rebuild Black America”.

“Today, too many people are incarcerated in the United States—and too many of them are African American.”

Because he has not spent as much time in politics, Trump does not have as much history as Biden for us to review. But there are a few times he has faced the issue of cannabis.

During his 2016 campaign, Trump pledged that he would allow states to determine whether or not to legalize cannabis—not federal legalization, but a positive step. This would have been in keeping with the Cole Memo, a policy enacted during Obama’s presidency of not interfering with states’ rights to establish their own laws regarding cannabis.

But once Trump had taken office, the Cole Memo was rescinded. It was suggested by the administration that there would be a crackdown on legalization states—though this crackdown never materialized.

Recently, in the leadup to the 2020 election, Trump has again promised that he will not interfere with states’ decision to legalize cannabis. He has not commented on the idea of rescheduling cannabis.

There are many factors to consider before voting. Cannabis is only one among dozens of concerns in this very important election. But it is always best to know as much about a candidate as possible before casting your vote.

Joe Biden doesn’t even know what day it is. He will be told what to do, and what to think. Whoever wins, I won’t stop illegally smoking anyway.

That is the reason I have always been a fan of Biden. There are now more people advocating for cannabis laws and legalization. At least someone is speaking against federal decriminalization of cannabis. Though many people are not in favor of Trump but is a promise not to interfere with states’ decision is appreciating. Now let’s see where it leads us. Remember, cannabis is a very important component of elections, as mentioned above, but there are many other important components to be considered before casting a vote.