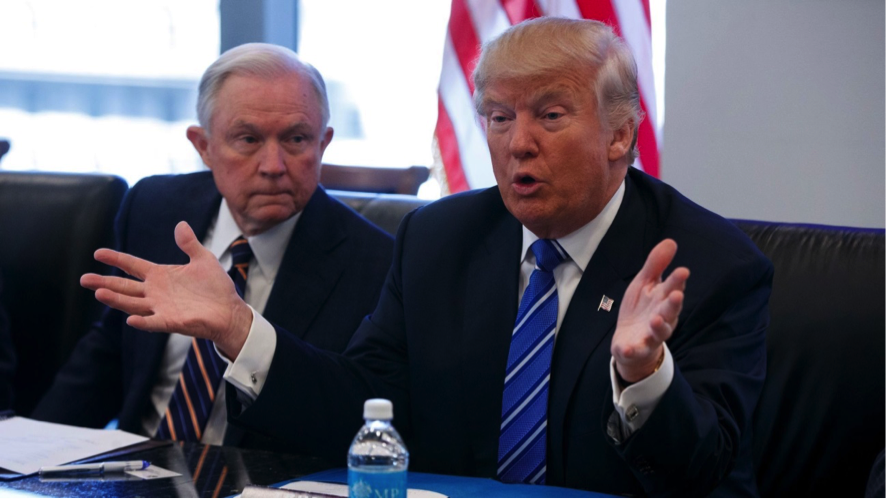 The Trump Administration started a new dispute against the legalization of cannabis in the US when the Attorney General Jeff Sessions announced that the Department of Justice would enforce the drug-related laws, Sessions called the previous laws made by the former government “unnecessary”. Sessions revoked the law created by Obama’s administration that helped open the doors to the legalization of cannabis in US. This decision by the Trump Administration had a serious effect on the  medical marijuana market, causing many investors to retract their investments and patients left to feel unsafe about whether the medicine is still legal to use or not.

That all being said, this crack down on legalized pot is not stopping the company Etain Inc. from increasing and expanding their medical grower. Etain is a family-run organization, women-owned that is committed on making “clean, safe and consistent medical marijuana products”. The company nowadays is selling products for a various quantity of different treatments, the products at the moment are available in the ways of capsules, vaporizers, tinctures (oil) and oral sprays mint-tasted.

The organization, which is just a short walk from Grand Central in Manhattan, was the first organization to receive approval from the Health Department to create new products in New York City, like cannabis lozenges and ground marijuana flowers. Etain’s founder, Hillary Peckham says they are trying to give patients a great variety of products that are familiar and easy for the buyers, adding that hopefully by March new products will be for sale by the dispensaries.

New York medical cannabis legalization happened rather recently, the state was the 23rd to legalize cannabis for medical use in the US and it occurred only on July 20 of 2014, so cannabis-based medication is something that people are even by now suspicious of. These new products that are going to be produced by Etain will be a “call for attention” for those who think that medical cannabis is dangerous or in some way, addictive like some other types of medication such as opioids and painkillers. By making more familiar products, people will probably feel safer about the use of these types of treatment.

Patients who use medical marijuana in New York are in a small number, being only 40,286 certified patients, so Peckham is investing in these new products expecting them to be more appealing, and attracting more people to use medical cannabis in the city. In the year of 2014, medical marijuana was only possible to be produced in New York if it was in the form of capsules, liquids and oils for vaporization, but now the Health Department has announced that it is possible to create new ways to medical marijuana be sold to the patients that live in New York. A Health Department spokeswoman said that Etain was the first organization allowed to create these new medical cannabis products, but she stated that even though the organization has the permission to do so, after the products are finalized they will go under a series of  “rigorous testing” before being commercialized by dispensaries.

Although Jeff Sessions had just announced the repeal on the laws made by the Obama Administration that protected the legalization of medical cannabis in the US, Etain continued with its plan on creating new and better products. The organization announced a week after Jeff Sessions statement that they were making more and newer cannabis-based medication. Packham, the founder of the company says “Whether you’re the parent of a child with epilepsy, a cancer patient or a veteran dealing with PTSD, you shouldn’t have to live in fear when seeking legal medical treatment for a debilitating illness.”

To receive a medical marijuana card in New York – https://www.veriheal.com/new-york