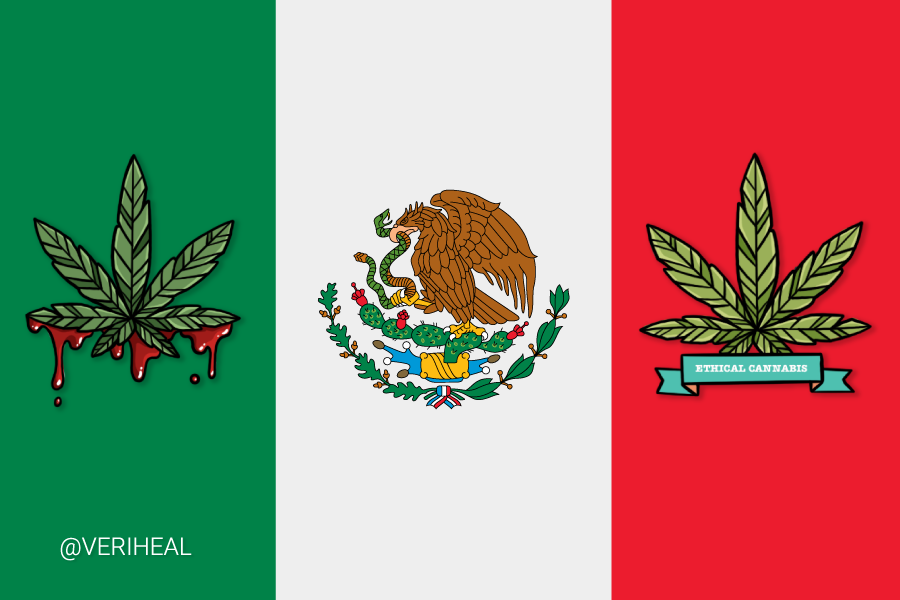 Mexico is marked by its association with brutal drug wars that claim thousands of lives every year. Recently, a wonderful shift has been made in Sinaloa, Mexico. Deborah Bonello and Miguel Angel Vega spoke to farmers in Sinaloa who are growing cannabis with no ties to local drug cartels, essentially making it ‘blood-free’.

This comeback of Mexican cannabis production is awarded to the independent farmers of Sinaloa who are working to produce high-quality ‘ethical’ cannabis. These cannabis productions will be carried out without the involvement of the country’s notorious violent cartels. The cartels have influence over a variety of industries, so that’s a victory on its own.  The independent farmers growing this ‘ethical’ weed happens to be in the same region as one of the largest drug-trafficking cartels in the world: The Sinaloa Cartel.

About the Sinaloa Cartel

The Sinaloa Cartel’s territory takes up much of the north-west and was founded in the late 1980s. Joaquin “El Chapo” Guzman, commonly called “Shorty” or “El Chapo”, was the head of the cartel and became a notorious drug lord. Along with that status, he was also ranked as one of the world’s richest men.

El Chapo led the cartel to supply the largest quantity of illegal drugs to America and gained his cartel a fierce reputation known for violence. However, in 2019, he was sentenced to life in prison. Other cartels tried to take advantage of this which caused a spike in violence. Despite that, The Sinaloa Cartel remains hugely powerful and is said to have a presence in many cities ranging from Buenos Aires to New York.

The newly established ethical cannabis market is aiming to eliminate the spilled blood often associated with Mexico and its cartels through arranging production and transportation directly between producers and dealers, essentially cutting out the violent middlemen.

Lazaro is one of the farmers who spoke to Bonello and Vega. He explained that none of the independent farmers working towards ethical cannabis had to ask permission from the cartels. These farmers are also growing plants from better seeds imported from America and Europe in order to produce more refined, higher quality products. They’re even investing in the necessary technology for successful growing and are looking to produce high-quality cannabis deprived products alongside the bud itself.

Most of the independent farmers are planting cannabis inside homes and greenhouses. Despite this positive shift in cannabis production, the farmers explain that without the cartels trafficking organizations, the ethical producers can’t rely on their infrastructure and they have to create their own logistical networks in order to get what they produce around the cities of Mexico.

Instituto RIA founder, Zara Snapp explains that producers and dealers are using cars, motorbikes, and even messenger services in order to get their ‘blood-free’ cannabis and cannabis products around the country. However, these ethical cannabis role-players in Mexico are not benefiting from the cartel protection and may be in danger as their business continues to grow and expand. Considering this, it is fortunate that the independent farmers, such as Lazaro, don’t have the financial means to invest in a cannabis operation big enough to rival the cartel ones. Then again, it is also unfortunate since it means that the ethical cannabis market has a long way to go before Mexico’s cannabis becomes and remains entirely free of bloodshed.

Zara Snapp also goes on to explain that she thinks the cannabis market in Mexico advertised as ‘blood-free’ and ‘ethical’ will sell better since consumers are more likely to ask where the cannabis is coming from and that is a big shift for the citizens.

The cartels sell low-quality, blood-stained (not literally) cannabis for around $25 a kilo while the new ethical, high-quality cannabis from the independent farmers are being sold for around $1 278- $1 700 a kilo. The profits that the independent cannabis market is getting also does not need to be shared with the local cartel.

It seems that The Sinaloa Cartel has taken to realign their portfolios to focus on harder drugs such as cocaine and heroin as the demand for Mexican cannabis continues to dry up with legalization taking place across America and many other countries. Hopefully, this means that the new ethical cannabis market in Mexico can take flight and succeed without run-ins and interruptions from the cartels. Although, one cartel shifting their portfolio away from cannabis is not enough to keep the independent market safe as Mexico is run by many powerful and wealthy cartels.

Jaime Lopez, a security analyst, said “Based on my understanding of millennial and post-millennial spending habits, some sort of ethical labeling and branding would seem like a good road to go down. I know it would certainly make a difference to me.”. Let’s hope that the ethical cannabis market in Mexico continues down this comeback road from centuries of violence-related drug trafficking.

How to be a Socially Responsible and Conscientious Cannabis Advocate