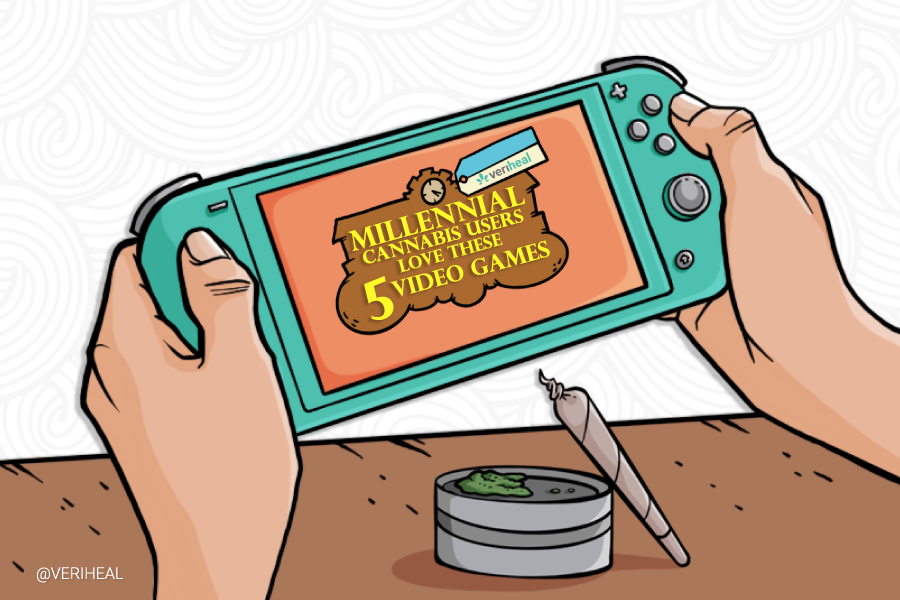 One mistake beginners often make when using cannabis recreationally is thinking that the same activities they engage in while sober will be just as enjoyable. While this is certainly true for some, it is by no means universal. In fact, you might need to adjust both your plans and your expectations after partaking of cannabis to ensure that you have a great time. That doesn’t mean that you need to abandon your favorite pastimes, though! If you’re a gamer, we’re willing to bet that you can find a video game that will be great for you. It’s just a matter of narrowing down your reasons for playing.

For many people, the best part of cannabis use is the community and the shared social experiences it provides. This could manifest itself in the form of a smoke circle or a deep conversation with a friend, or in attending cannabis festivals.

For Fred I., it takes the form of playing Call of Duty with friends. This popular first-person shooter game allows players to fight cooperatively or against one another. “The matches I played with my housemates and friends were a mix of competitive and purely messing around,” Fred says. “Sometimes we made up goofy rules to play by.”

If you’re a social cannabis user, and you don’t want to immerse yourself too deeply in your gaming, Call of Duty might be a perfect choice.

For an Open World

By contrast, many people do want to lose themselves completely in their gaming, and this can be especially alluring when you’re high and can really tune out the world around you. For this experience, we recommend the Red Dead Redemption series, in which you play as an outlaw in the wild west.

“It gives you the freedom to explore and a lot of flexibility around what tasks you want to achieve,” says Jeff G. You could help your fellow citizens or steal from them. You could go hunting or just try to collect a cool wardrobe for your avatar. Whatever path you pick, you’re sure to have an immersive experience and a lot of fun.

Many cannabis users find that their senses are particularly heightened while they’re high, and that can be a lot of fun. It’s part of the reason the munchies are so common. It’s also why Caroline D. plays Katamari Damacy.

“The whole Katamari franchise is very colorful and has great music and sound design,” Caroline says. “There’s also no combat or dying or anything, so it’s very low stakes.”

Katamari has the added benefit of having fairly straightforward gameplay, so if you’re a beginning gamer, this might be a good place to start!

“I like anything where I have an obvious goal I can grind toward,” says Caitlin G., going on to highlight Animal Crossing and Pokemon. “There are different goals to advance the ‘story,’ in Animal Crossing,” they add, “or you can set your own goals to decorate your house or island or build up your infrastructure.”

Keith C. takes a different approach to goal-oriented gaming. “Sometimes when I’m stoned I get really excited about learning things,” he says, pointing to the language app Duolingo. The app features gamified lessons that allow users to both practice their skills at any language they choose and earn points toward leveling up in the game.

Sometimes, when you’re high, what you really want is something hilarious. Gina P. suggests the game Octodad: Dadliest Catch, in which players play as a loving husband and father who also happens to secretly be an octopus. “Four people play cooperatively, and you each control two limbs of this octopus that’s trying to masquerade as a regular dad,” Gina says

Whatever your reason for picking up a controller, we feel confident that there’s a great video game out there for you.