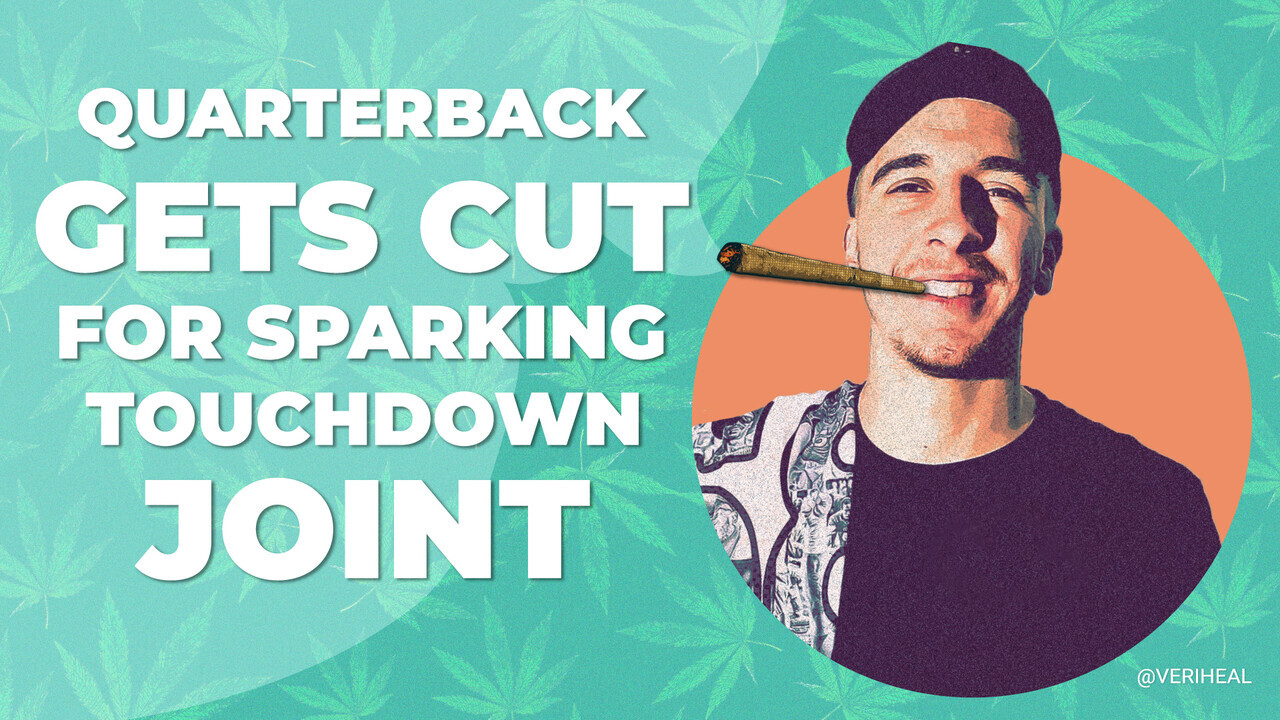 New York proposed a set of packaging and marketing rules for recreational cannabis, a Fan Controlled Football player was cut for smoking cannabis on the field, and a California program is making medical cannabis more affordable for patients.

This week, New York’s Cannabis Control Board (CCB) approved a set of new packaging and marketing rules ahead of the state’s forthcoming recreational market. The draft regulations will now be subject to a 60-day period of public commentary. Once the period is complete, the CCB will use the public’s suggestions to make alterations to the rules before putting them up for a final vote.

The first of these new rules proposes that cannabis companies not be allowed to market or package their products with any elements that could be attractive to children. This means avoiding bright colors, bubble letters, cartoons, and names that feature anything relating to the word “candy.”

The CCB also proposed a “minimum requirement” that all cannabis products be sold in child-proof containers. Packaging will, additionally, not be allowed to include anything other than the company’s logo and state-mandated disclosures. The disclosures will provide information about the product’s THC content, where it was manufactured, and who distributed it, among other things.

While the CCB believes these rules will protect children and customers alike, some—like NY Cannabis Growers and Processors Association Co-founder Kaelan Castetter—believe that they are too restrictive: “Brands are not going to have a lot of creative freedom when designing their packaging if these regulations were to go on the books as is.” Castetter also questioned if it would be difficult to fit all the necessary symbols and disclosures on packaging for smaller products.

On the marketing side, the CCB proposed a ban on cannabis billboard ads in areas where less than 90% of the audience is 21 years old or older. Other marketing channels like TV, radio, and social media, however, will be available to cannabis brands with far fewer restrictions. Cannabis companies would also be able to sponsor charities, sports, and other events as long as they are geared towards adults.

What do you think about New York’s proposed cannabis marketing regulations? Do you agree with Castetter and others in the industry who say they are too restrictive? Let us know in the comments!

Fan Controlled Football (FCF) is the newest entry into the world of professional sports. The league features former NFL players like Johnny Manziel and Terrell Ownes but takes a more fan-forward approach to the sport. Specifically, the FCF allows fans to call the plays on the field.

Beyond its approach to the on-the-field product, the FCF is also known for being player-friendly. Most notably, the FCF published a 4/20 tweet indicating that the league doesn’t test its players for cannabis.

The FCF’s pro-cannabis stance was put to the test a little over a month later following a touchdown from Zappers quarterback Jason Stewart. What followed became an instant viral moment as Stewart proceeded to celebrate by lighting and then smoking a joint on the field while yelling “Blaze up” into the camera.

While the moment got the FCF tons of attention, Stewart’s celebration crossed a legal line. Because the game occurred in Georgia, where cannabis is illegal, the Zappers cut Stewart for violating state and team policy.

Stewart, to his credit, seems to be content despite being cut. The former QB confirmed that he was in high spirits and grateful for his opportunity in a tweet following the incident.

What do you think of Jason Stewart’s lit celebration? Let us know in the comments!

California is home to one of the oldest medical marijuana (MMJ) programs in the nation with over 25 years of service under its belt. Not only that, but the Golden State’s medical cannabis program also has a wide range of qualifying conditions.

Despite this, cannabis’ federally illegal status means that some Californians can’t afford the medicine they need because health insurance companies are unwilling to help with the cost. Thankfully, a number of different non-profits and cannabis companies in the state have stepped up to the plate to help those in need.

“Donating is a win-win — for us, because our plants are doing the most good, and for low-income patients, who can now access safe, legal medicine for free,” said Eric Skylar, CEO of Fumé brands, which partners with Eaze. Eaze’s Compassion program has delivered over 100,00 THC-containing items since late 2019.

One of Eaze’s partners is the Sacramento-based Weed for Warriors Project. The company’s co-founder and chief executive, Sean Kiernan, recently discussed why access to affordable MMJ is so important for veterans.

“For the veterans who are overdrinking, we found that when cannabis was available, they drank less,” Kieran said. “So what we’re seeing is where cannabis is available and accessible to our veteran community, we’re seeing lower suicides, lower overdoses, lower domestic violence.”