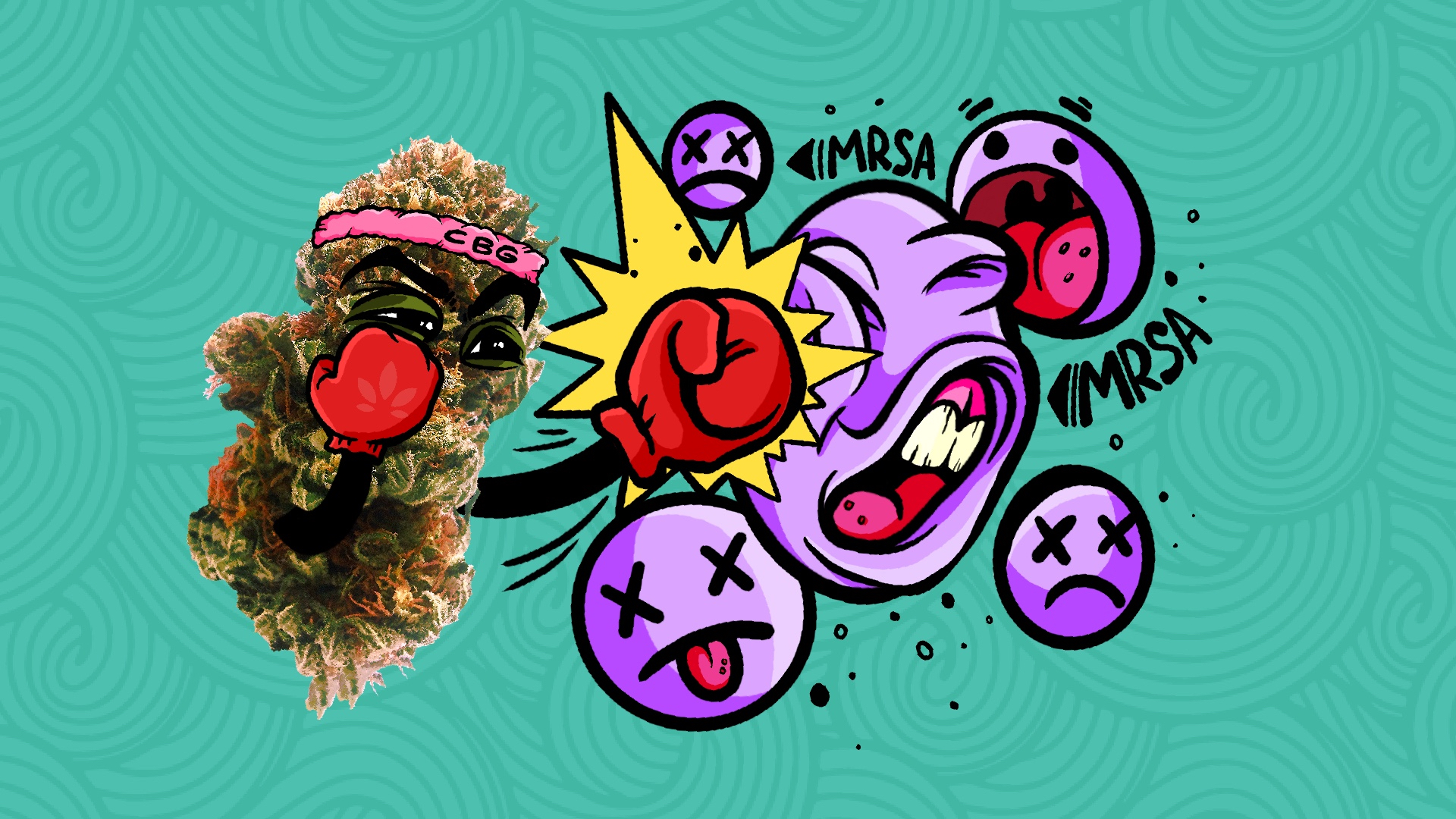 We had suspicions that Cannabigerol’s (CBG) medical properties can be more valuable than those of Cannabidiol (CBD). Well, the fact that CBG can kill the antibiotic-resistant superbug is a major victory for the cannabis compound. The study done in Canada proves that cannabis can kill some of the most worrisome antibiotic-resistant bacteria such as Methicillin-Resistant Staphylococcus Aureus (MRSA).

What is Methicillin-Resistant Staphylococcus Aureus:

MRSA is an infection caused by a type of staph bacteria and is one of the worlds’ most resistant microbes (bacterial causing disease).  The infection is a result of decades worth of antibiotic use and due to its evolutionary fast-tracking, it learned to resist antibiotics.

MRSA is easily spread and may cause pneumonia, meningitis, a so-called flesh-eating disease amongst others.

The infection generally starts as swollen, painful red bumps and the affected area can be warm to touch, full of puss and accompanied by a fever. They can then turn into abscesses that will require surgical draining. MRSA can present itself on the skin but can sometimes be in the bone, joints, bloodstream, heart valves and lungs which are all potentially life-threatening.

This type occurs in people who have been in hospitals or other health care settings such as nursing homes.

Risk factors: hospitalization, having another invasive medical device as well as living in a long-term care facility.

This type occurs in individuals living in the wider community amongst healthy people and this form is community-associated.

They are both equally difficult to treat which is why trying to prevent it is important. Luckily for us, CBG displayed antibacterial activity which can kill MRSA.

How Does CBG Eliminate MRSA Bacteria?

The researchers also stated the following regarding the continued action of CBG against MRSA:

What makes their research so significant is that they were able to prove how Cannabigerol can cure MRSA in the lab as well as in animal models. They were able to achieve these results by combining the Cannabis Cannabinoid called Cannabigerol with an established antibiotic called Polymyxin B. Read more here on the safety of using cannabis while on antibiotics.

This is the news we should celebrate. This is one of the world’s most dangerous infectious bacteria being conquered by cannabis. This is also part of the research we have been longing for although we still have far to go. One can’t help but wonder how much more Cannabigerol has to offer us but we know its’ future is promising and exciting.