Home News The Rise of CannaGamers: Cannabis Culture Among Gamers

The Rise of CannaGamers: Cannabis Culture Among Gamers 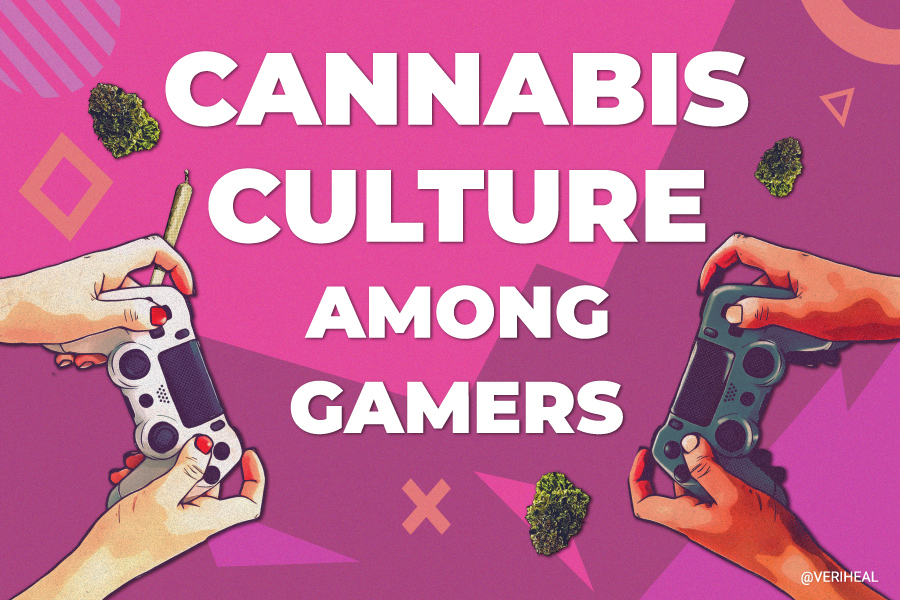 In 2020, there were around 2.69 billion gamers worldwide. This number is expected to rise to 3.07 billion by 2023. This surprisingly lucrative industry is getting on board the cannabis train with the emergence of ‘CannaGamers.’ This relation between cannabis consumption and gaming may be a winning recipe for champions and as a target market for cannabis products.

Benzinga explains that CannaGamers are “a diverse lot” with “roughly half of all cannabis users” consuming cannabis before and while they game. A survey from Brightfield Group found that 54% of the respondents enjoy consuming cannabis while/before playing video games. They explain that while their findings are significant, the products positioned to appeal to the gaming community capture a mere 0.2% of the U.S cannabis market.

The same survey also found that CannaGamers in quarter 3 of 2020 were more highly-educated and had higher-income levels than in quarter 1 of the same year. They are also seeing an increase in CannaGamers who are married and have children. Interestingly, about 55% of CannaGamers are Gen Z and young millennial women. Brightfield Group also explains that this market is “a virtually untapped niche.”

A Gaming Influencer and His Brand

Hector Rodriguez, or HECZ, is an entrepreneur and gaming influencer who has launched a cannabis brand called Pine Park. Rodriguez uploaded his first gaming video to YouTube in 2008 and grew a large following. He told Entrepreneur that he “realized it wasn’t winning that made fans flock to these players’ pages—it was access, relatability and entertainment.”

Rodriguez is a long time cannabis user and is adamant that the industry be inclusive and have people of color as leaders. Many remain unaware of the kind of influence and capital related to the gaming industry. It could be surprising to find out that this particular gamer’s net worth is $3 million with a following of almost 1 million on Twitter. At the age of 41, he is still well known as one of the best champions in a game called ‘Call of Duty.’ This self-made business man is now using his influence, and currently his own capital, to further his success in the cannabis industry.

Rodriguez stated that “a lot of people know me as a digital content pioneer, an entrepreneur or as the founder and CEO of one of the most successful esports franchises in history, OpTic Gaming. Cannabis has been a central part of my life, and throughout my endeavors I’ve built an incredible community that I’m excited to bring along for this next journey.”

Bringing Gaming and Cannabis Together: CannaGamers

The company’s name, Pine Park, “refers to the place in Chicago I used to sneak out to when I was a teenager and smoked weed,” explained Rodriguez. The gamer has paired up with several independent cannabis farmers as well as forming a partnership with OpenNest Labs. Rodriguez is hoping to take advantage of the untapped demographic which exists where cannabis and gaming overlap. He also hopes his brand will help provide alternatives to pharmaceuticals (e.g. Adderall and or Xanax) which are used heavily at the highest levels of competitive gaming.

DigiDay explains that Rodriguez is “bringing together two often-underestimated channels—gaming and cannabis—and could serve as a notable test case of how the two worlds could perform when combined.” Rodriquez started consuming cannabis in 1997 and as soon as cannabis legalization began to pick up, he decided that investing in it was a “no-brainer.”

Max Rudsten, Chief Revenue Officer and Co-Founder at WOVN identified a similarity between gaming and cannabis when he told DigiDay that “there was this stigma in my childhood around, you know, you smoke weed and you’re a stoner, you’re lazy. But there’s this whole scientific analysis around how cannabis can actually help you,” and that “gaming, as a category, maybe also has that stigma: you’re a lazy person if you game, or whatever that is. But you’ve got to know what you’re doing, you’ve got to be focused, and cannabis can provide that for that type of athlete [gamers].”

Cannabis and Gamers: A Winning Duo?

Benzinga believes that cannabis and gaming is “a perfect pair” from a marketing perspective since “people like both, and at the end of the day, what is commerce about if not giving the people what they want?” But what about the effect cannabis has on gamers considering the competitiveness and stringent routine of various high level champions?

Game Spot has looks at cannabis as “a video games bogeyman” and explains that cannabis had a strained relationship with the video gaming industry, especially when one considers the FBI’s messages of “winners don’t do drugs.” However, more recently “an entirely new gaming segment has sprouted.”

CNET explains that, for example, “using marijuana while gaming is not entirely unlike using steroids while smacking a baseball.” They go on to quote World Cyber Games tournament director, Alex Walker, who stated that “I’ve seen a number of players at national tournaments who came in ‘baked’ purely so they could play better.” While the benefit of cannabis on gaming is “hardly a trade secret,” there are people who don’t agree that it improves the performance of gamers.

They explain that research from Groningen Mental Enhancement Department in the Netherlands, found that those who gamed and consumed cannabis had 43% better memory retention in comparison to those who merely gamed. While this does contribute to better gaming, one could also attribute the improved performance to cannabis-induced tunnel-vision, as well as reduction in anxiety related to the competitiveness of the industry. Be sure to check out these tips on how to be a productive cannabis consumer.

While CannaGamers continue to boost their performance with cannabis, they can also look forward to more cannabis being incorporated into game play as many are hoping there will be more games portraying different aspects of the cannabis culture in games since it can be used to appeal to the CannaGamers. Markets of cannabis products should also consider monopolizing on the niche market of cannabis considering the significant number of CannaGamers to target.