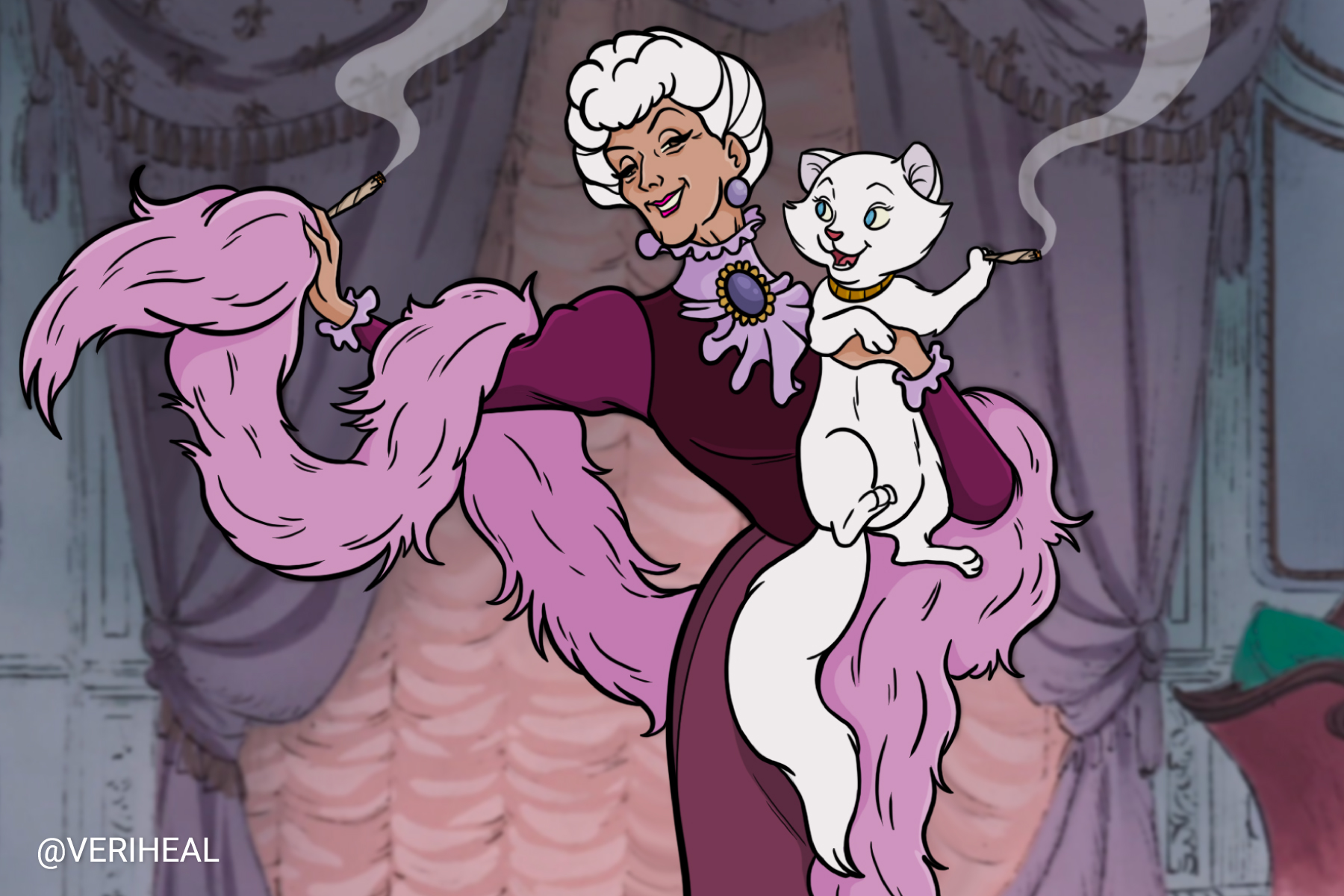 It is quite common for cannabis researchers to make use of vertebrates since animals with spines have an endocannabinoid system (ECS), such as mice and rats. They do this because the compounds in cannabis directly interact with the ECS in order to deliver its benefits and effects, which will give an indication of how it will interact with the human ECS. While around 95% of all lab animals are mice and rats, a weird, but enlightening, new scientific study decided to make use of aging cats in order to better understand CBD and Alzheimer’s disease. Cats do have an ECS, but why use them for research*? More importantly, what did the study find?

Lilach Zadik-Weiss, Sivan Ritter, and their team decided to use aging cats, which are prone to cognitive dysfunction, so that they may serve as a model for Alzheimer’s disease. They needed a model for Alzheimer’s disease in order to effectively review cannabidiol (CBD) as a potential treatment. The study was published in the Journal of Cannabis Research and stated that “with the improvement in modern medicine, the world’s human and feline (Felis catus, the domestic cat) population is aging. As the population grows older, there is an increase of age-related diseases, such as Alzheimer’s disease in humans, and feline cognitive dysfunction in felines- which shares many similarities with Alzheimer’s disease”. Unfortunately, both of these conditions result in cognitive decline and suffer from a lack of effective treatment.

The team made use of a “cross-species” approach in order to deepen the understanding of Alzheimer’s disease as well as on the feline cognitive decline, thus benefiting “patients of all species”. As the team stated, aging cats develop cognitive dysfunction as they become older, much like humans. The team also needed animal models which have the ability to “mimic the environmental factors together with the cognitive deficits and with the pathological features”, thus the aging cats.

Additionally, when considering the relationship between aging cats and aging humans, one can see that both of them share similar environmental risk factors. Zadik-Weiss et al go on to explain that previous animal models failed to accurately represent humans since those animal models spent their lives inside a laboratory to be tested on- which does not accurately represent the environmental factors, influences, and contaminants as those human patients would be exposed to. The team also explains that choosing cats to hopefully provide an accurate representation of what to expect in humans, is especially important when considering that other animal models have failed to do so previously.

The team explains that since both conditions have similarities and both suffer from a lack of effective treatment, it is only right to consider the efficacy of cannabis as a treatment, especially since its demonstrated potential in many other published studies and research.  The similarity in decreased cognitive function, or pathology, the fact that they both occur with aging as well as the similarity in environmental influences- and the fact that cats and humans share environments, all serve as reasons for choosing aging cats to better understand the efficacy of cannabis as a treatment for Alzheimer’s and cognitive dysfunction.

What Did The Study Find?

The team of researchers explained that there is a significant shortage in studies, research, and literature regarding the usage of CBD for domestic cats. However, they were able to support the claims of CBD having anti-inflammatory and antioxidant properties as well as finding that CBD was able to inhibit the hyperphosphorylation of tau proteins, which is present in both Alzheimer’s patients as well as in aging cats with cognitive dysfunction.

The study also found that CBD was able to increase the cerebral blood flow, attenuate neurotoxicity (neurotoxins alter functions of the nervous system), modulate microglial cell (cells in the central nervous system) function, and reverse cognitive deficits. All of this basically boils down to CBD having the potential to counter many of the pathological processes associated with Alzheimer’s disease and feline cognitive dysfunction.

However, the team explains that the safety and efficacy of cannabis as a chronic treatment needs to be better understood along with the interactions between cannabis and pharmaceutical medications, in the likely event that the Alzheimer’s patient is on multiple other medications. This is a pretty common statement in most published research on cannabis as a possible treatment for conditions. Let’s just hope that the day comes where we are reading these results, instead of reading about needing them. The team concluded by suggesting that,

“a better model for human disease can be found in domestic pets, with naturally occurring diseases who share the human environment so the disease mechanisms and features have a higher chance of simulating the human equivalent”.

This statement basically reflects reasons for choosing aging cats but more importantly suggests that trials should be “conducted as clinical veterinary trials to develop a treatment for the parallel conditions in (between) domestic pets (and humans), thus enhancing the welfare, promoting better veterinary care and saving resources by simultaneously developing treatments for humans and pets”.

*DISCLAIMER: Please note that this article is meant to be informative and is not an advocate for animal testing.