Carpal Tunnel Syndrome (CTS) is named after a bone and ligament passageway at the base of the hand. When the median nerve, which runs from the forearm to wrist, squeezes the syndrome sets in, causing extreme weakness and pain in the hand and wrist. The National Institute of Neurological Disorders and Stroke (NINDS) reports while injury to the wrist is sometimes the cause, an overactive pituitary gland or underactive thyroid gland, as well as rheumatoid arthritis, cause the condition.

One way many contract CTS is through their occupation. The repetitive movement of the median nerve causes CTS in many professions in including factory line work, to throwing a football. Other high-risk CTS occupations include sewing and typing, which can be successfully treated with medical cannabis, as the Chicago Tribune reported in 2019.

The Symptoms of Carpal Tunnel Syndrome

Early prevention of CTS is critical. According to NINDS, reporting the sooner symptoms is noticed, the chances of permanent damage lessens. Signs of carpal tunnel include tingling pain in the first three fingers and the thumb of either hand that travels up the forearm. CTS is aggravated explicitly in the evening, often waking up sufferers in the middle of the night in pain.

There are a handful of treatments for CTS, including prescription medication and over-the-counter drugs, reports NINDS, adding initial treatment also includes having a hand in a splint. While alternative therapies including acupuncture and chiropractic care, more severe cases of CTS call for surgery.

Burning and inflammation, pain, and insomnia are the most common side effects of CTS, all of which have been successfully treated with medical cannabis due to both THC and CBD, two active agents in cannabinoids. Compared to the harsh side effects of nonsteroidal anti-inflammatory drugs (NSAIDs), including weight gain, bruising, but worst of becomes easily tolerated often leading to narcotic painkillers points out the Chicago Tribune when comparing the “natural” remedy of cannabis to opioids.

“It makes the most sense to use a substance that’s able to relieve the three symptoms of carpal tunnel, and that has additional benefits like mood elevation and the alleviation of other aches and pains,” reports the nationally-recognized news source. The University of Michigan School of Public Health said in 2016, specifically during the newfound awareness of the U.S. opioid epidemic, that based on 185 patients studied, all confirmed less chance of long-term addiction with medical cannabis compared to narcotic pain killers.

Along with tweaking certain occupations and activities that can cause CTS, medical cannabis for the condition has proven to help many who suffer from the debilitating condition that can affect the most necessary activities like brushing your teeth or holding a cup of coffee. 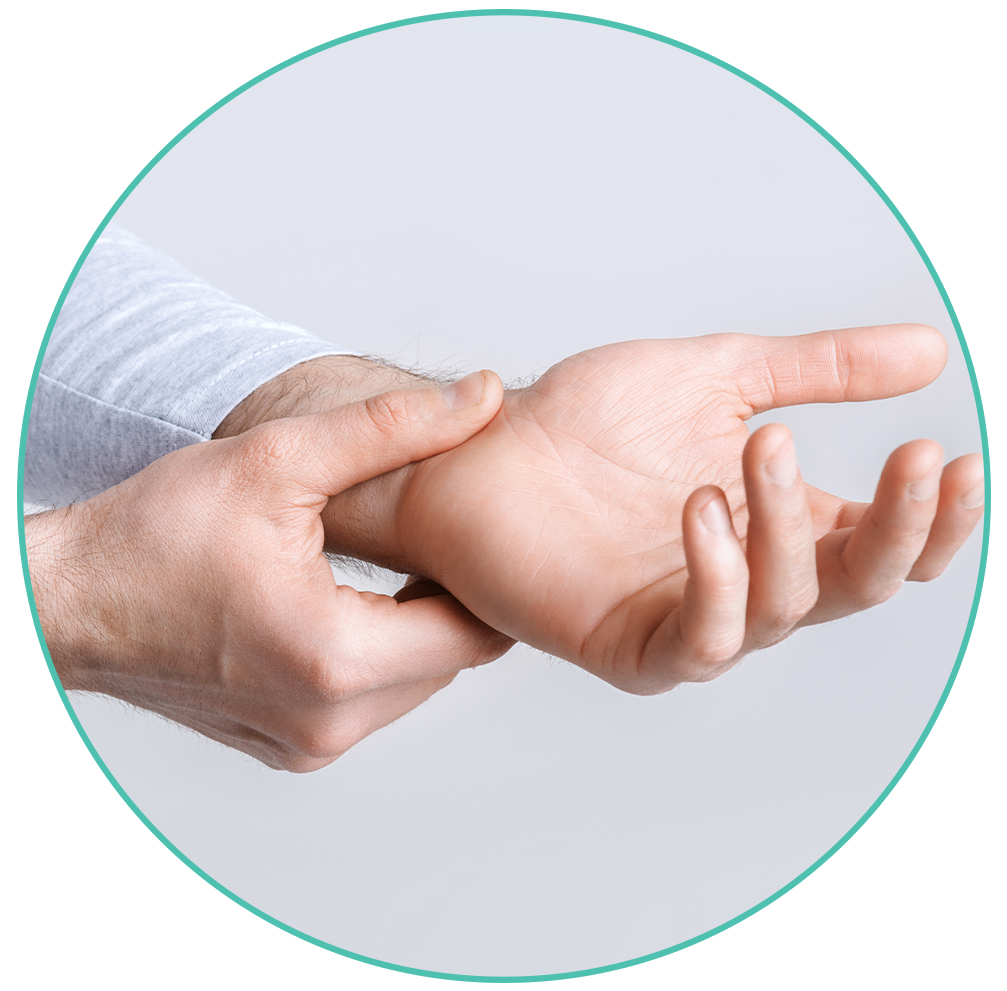