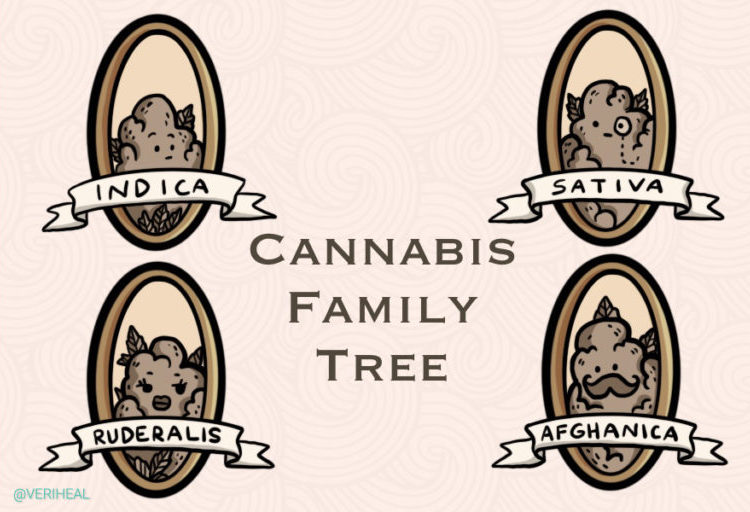 Have you ever tried to count the number of cannabis strains available for consumption? Well, you can count all you want, the list will just keep growing. There are countless flavors and a huge variety of effects out there. The diversity of cannabis is also the reason why regulating it is such a problem. However, the diversity is not a problem for breeders, in fact, they capitalize on it now more than ever before. Strains with different flavors and attributes are being crossbred, all around the world.

The growing legalization and decriminalization of cannabis around the world is also contributing to the ease at which cannabis breeding is happening now. Seed distributors are getting a larger variety of strains to offer but you may find yourself wondering where these strains come from. Some seed growers may even state the strains that have been crossbred in order for that one to have come into existence. Since we’re not breeders, most of us wouldn’t even know what it means to see Cali Orange x Skunk, for example.

Exploring the Lineage of Cannabis Breeds is Difficult

The oldest evidence of cannabis being used as a drug was found in a grave in Central Asia and it was 2, 700-year-old psychoactive resin. Cannabis started to spread across the continents when humans started to. After the drug war, America was left with only sativa cannabis. In the late 1970s’, that changed with Americans brought back the cold-resistant indica cannabis, and thus, hybrids were born.

Warmer climates got the psychoactive version of the plant which spread around the world from Asia to the middle east where hashish (a past made of cannabis resin) became a popular edible. From there it spread to India where it became a holy drink and then into Africa where it was used as medicine and as a boost before battle.  The transatlantic lave traders then carried it to America.

In colder climates, hemp developed as a different version of cannabis. Hemp couldn’t get anyone high but it was valuable for many other reasons. Hemp was used to make clothes, ropes, sails, paper, food, construction materials. Hemp was so important that many towns started naming themselves after it, for example, Hempfield and Hemphill in America.

By selecting the right combination of cannabinoids, over several plant generations, growers can create an iconic name brand product.

Looking into the lineage of modern-day strains can be challenging as many are hybrids crossed with hybrids. Cannabis can be difficult to classify. However, there are four classifications of cannabis that are widely agreed upon: sativa, indica, afghanica and ruderalis.

It used to be very easy to visualize whether a plant was indica or sativa, but due to extensive crossbreeding, it has become very challenging to identify. You could, for example, have sativa looking plants providing you with indicas infamous couch-lock. There is also no certain way to do genetic tests for whether the plant is an indica or sative, as there is no genetic sample of pure indica or sativa.

Breeding Cannabis: How is it Done?

We can breed cannabis plants because of their unique male and female identities. We consume the female cannabis plant for its’ cannabinoids and we prefer to separate females from male plants while they’re growing to avoid pollination. The pollination of your female plant means seeds… and none of us want to sit and pick out the seed when we want to consume it. However, without the male plant, we wouldn’t be able to continue growing our beloved females. The female plant continues to make more and more trichomes (resin) in hopes of attracting a male for pollination.

To cross-breed, you need a male of one strain and a female of another strain. The seeds that the female will produce will have the genes of both strains.

The breeder will then, most likely, do backcrossing. This is when the breeder breeds the new strain with itself or with a parent to strengthen and improve its’ qualities.

Popular Strains That Have Been Hybridized:

Qualities That Breeders Try to Capture:

We are co-evolving with cannabis, we are aiding its’ evolution and it may be aiding in ours too. The modern cannabis plant has been bred to be all flowers and is kind of a botanical freak. The flowers are huge and somewhat disproportionate with more and more cannabidiol (CBD) and tetrahydrocannabinol (THC) as well.

Cannabis today is a highly manicured product, glistening with psychoactive trichomes. If you had to compare cannabis from your parent’s time to the cannabis we have today, you’ll be able to see how much more potent the weed of today is. Cannabis that has been confiscated over the years has been tested and has found that cannabis of today is three times more potent than cannabis from the mid-’90s. Due to the rapidly growing change in genetics, people may remain unsure of what they’re buying.

Chane, I am a cannabis advocate & hemp farmer in Wisconsin. I am constantly working as an educator in my field- regarding my field 😉
I would love to connect with you. Please email me at your convenience.
barefootblondefarms@gmail.com
Love this article!