Home Research THC and Aluminum Cans: Not a Match Made in Heaven

THC and Aluminum Cans: Not a Match Made in Heaven 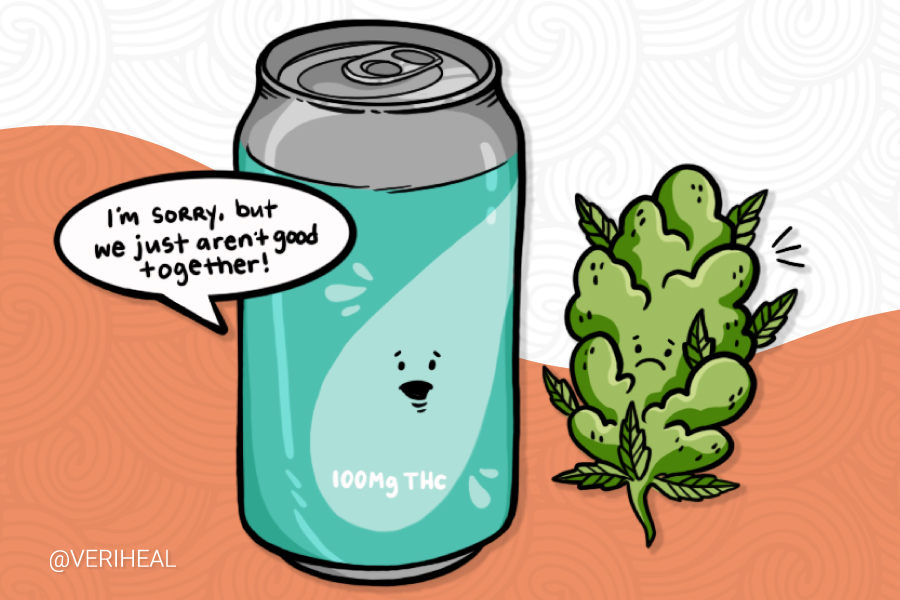 Before you pick up a cannabis-infused beverage in an aluminum can consider the following—you may not be getting the potency that’s advertised on the label.

That’s because scientists have determined that the liners found inside aluminum cans can cause the potency of cannabis drinks to diminish. In fact, in the time it takes for a drink to be canned, shipped to a store, shelved, sold, and brought home to you, the potency of the drink might actually have disappeared.

The idea of cannabis-infused drinks might be an unfamiliar one to some. The development of the cannabis industry and the spread of cannabis legalization and research has opened up many cannabis delivery methods to the general public. Where once many people thought of cannabis as just something to be smoked, now it is widely known that the plant can be made into a topical cream for pain relief, infused into sublingual oils, or even prepared in edible form—cookies, gummies, and even pizzas.

Although the concept of drinks containing cannabis might not have yet crossed your radar, in fact, cannabis drinks are another effective way to deliver the substance.

Cannabis drinks are similar to edibles in that they deliver a strong, body-based high instead of the head high you would expect from smoking or vaping. Early studies suggest that the high you get from drinking THC is actually stronger than the high you would get from smoking it. That’s because THC that is drunk passes through the liver, where some of it is converted into a psychoactive compound called 11-hydroxy-THC.

The Problem With Aluminum

The liners within aluminum cans are put there to prevent the drinks contained within from taking on a metallic taste. And that’s great when you’re cracking open a soda or a nice cold beer. But with cannabis beverages, it could spell trouble.

The issue is that, when the contents of the can are under pressure, the liner may attract small, emulsified droplets of active cannabis ingredients, and that THC may be among these ingredients. Of course, if the can’s liner is absorbing THC, that means less in the drink, and less for the person who is partaking.

Harold Han, the founder of the Vertosa Cannabis Infusion Technology company, is working on developing emulsion solutions that will mitigate the problem and allow cannabis beverages to be canned successfully without sacrificing too much of their potency.

While the public waits for a solution to the can liner problem, you can certainly still enjoy cannabis beverages and their effects.

When possible, purchase glass bottled beverages. These won’t face the same struggles and should be fully potent. You can certainly also continue to drink cannabis beverages out of aluminum cans, should you so desire. There is no harm in it, and you will likely still feel some effect from the cannabis—simply won’t be as powerful as it could have been.

Another way to experience cannabis beverages is to try cannabis tea. You can decarb your cannabis to make your own, or you can purchase ready to steep tea bags from your local dispensary.

Whatever your choice, please consume responsibly!