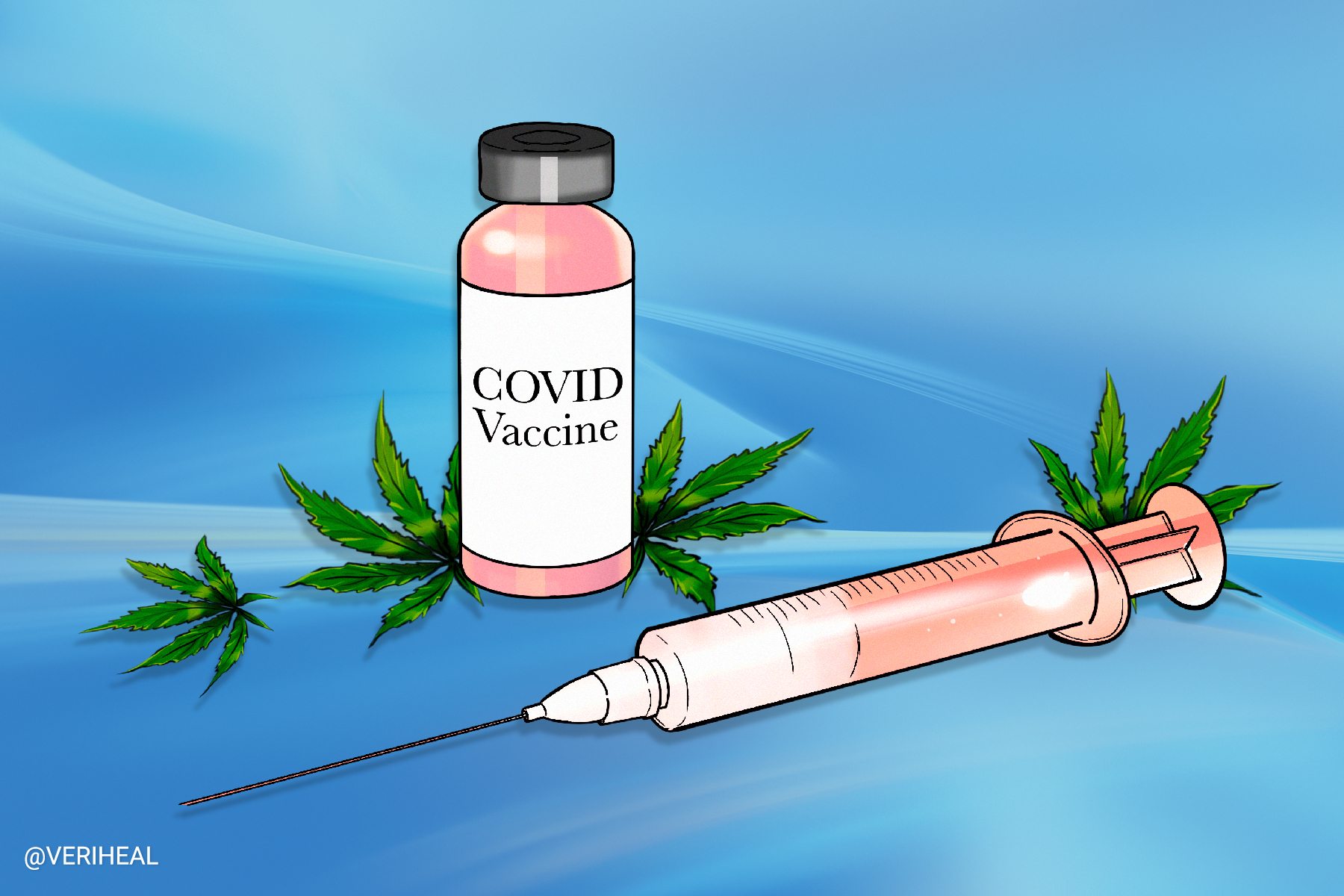 The interaction between cannabis and other medications or substances has been a popular topic of interest in research. With the COVID vaccine being rolled out across the globe, many may be looking to indulge the celebration with cannabis or alcohol, or maybe even both. While we commemorate that the vaccine offers a certain level of protection against the effects of the virus, there isn’t enough research on the interaction between the vaccine and commonly ingested substances such as alcohol and cannabis.

Despite the fact that the research is lacking, some experts have offered up some useful considerations for individuals who have concerns over the vaccines’ interaction with other substances. So, before we get into it, it is important to understand that every person experiences various degrees of the side effects associated with the vaccine. This means that cannabis and alcohol consumption should be done accordingly and responsibly.

Alcohol and the COVID Vaccine

A clinical professor at the University of California, Katherine Yang, told CNBC that “a glass of wine or beer is OK, but heavy alcohol intake can suppress your immune system and should be avoided in general” and that “as always, moderation is key”.  Supporting this, CNBC cites Dr.Anne Liu, an infectious disease physician at Stanford Health, who told them that “a celebratory drink or two is totally fine, and it doesn’t make a difference if you drink on the day of the vaccine or a week later”. Further supporting Yang, Liu explains that “certainly when people drink enough to affect their liver, that can affect their immune system”.

William Schaffner, MD, a professor of preventive medicine and infectious diseases at Vanderbilt University explained to Refinery 29 that alcohol is “a little tricky because it can affect your immune system” but that is assuming that you are drinking enough to do so from not complying with the moderate allowance. Dr. Tania Elliott stated that “vaccine side effects include muscle aches and pains and feeling under the weather” and that “compounding that with the side effects of alcohol runs the risk of making you feel worse”.

Dr. Schaffner also explained that the “World Health Center (WHO) advised heavy drinkers to minimize their alcohol consumption during the Covid-19 pandemic” since there are “known links between heavy alcohol use and pneumonia, lung infections and other respiratory conditions that can worsen Covid-19 complications”. While this does not have to do with the vaccine- be warned to be cautious.

The COVID Vaccine and Cannabis

As for cannabis, Dr. William Scaffner told Refinery29 that “I don’t think it will influence the immune system in any way” and that “some marijuana legalization activists have offered free joints to newly vaccinated individuals”. ImmunizeBC supports the safety of cannabis interaction with the vaccine. However, they advise against arriving at your vaccine appointment high, since they need your informed consent to administer the vaccine. They also state that they do not “have specific recommendations around cannabis use after getting any vaccine, including the Covid-19 vaccines”. The larger portion of this alcohol is used on alcohol, but that boils down to its complexity- whereas cannabis is more simple in this matter. There isn’t any official evidence other than anecdotal reports to support it at the moment, but all the professionals seem to agree that it is safe to consume cannabis after getting the vaccine.

If the side effects are debilitating and moderate-severe, cannabis can be used to alleviate symptoms but one should speak to a medical professional beforehand. However, there are no studies available specifically on the interactions between the vaccine and cannabis as well as between the vaccine and alcohol. With that in mind, let’s have a look at some of the common vaccine side effects that cannabis can alleviate.

Liu concluded by stating that “anything in modest amounts of those substances (alcohol and cannabis) are unlikely to significantly impair your immune system… but it becomes much less predictable. If it’s something you use recreationally, maybe just skip it that day, getting a vaccine is celebration enough”.