When the stomach lining becomes inflamed, gastritis and gastropathy, also known as H pylori, occur. Medscape reports that age is the most critical risk factor of the condition, notably among the elderly born before 1950. The infection was prevalent among poverty level adolescents who carried it through their lifetime and is notably the “most prevalent bacterial pathogens in humans, with up to 35% of U.S. adults suffering from the condition.

Bottom-line, medical cannabis conclusively alleviates inflammation; hence, it is inevitable that it would alleviate gastritis symptoms with many studies proving the same. A 2016 Current Neuropharmacology study report, “Role of Cannabinoids in Gastrointestinal Mucosal Defense and Inflammation,” details how medical cannabis properties have a positive effect on gastrointestinal conditions.

Gastritis risk factors include drinking excessive amounts of alcohol and pain relievers like Tylenol and ibuprofen, according to the Mayo Clinic, adding the progression of the condition appears over time, which can cause further damage leading to ulcers or cancer of the stomach.

Medscape reports that chronic gastritis is most significant in the black community at 54% and the Hispanic community at 52%. The percentage of white people with H pylori is only 21%. Though there is a decline in chronic gastritis in the U.S., it continues to affect the lives of sufferers, bringing on uncomfortable symptoms, including indigestion and pain in the abdomen when eating, vomiting, and nausea.

Along with reducing diarrhea, “activation of both CB receptors was shown to ameliorate intestinal inflammation in various murine colitis models, to decrease visceral hypersensitivity and abdominal pain,” according to the aforementioned Current Neuropharmacology study.

Conclusions that medical cannabis could alleviate gastritis symptoms go back for quite some time, with a 2018 study in The Journal of Clinical Investigation discovering cannabis’s healing of inflammatory bowel disease and gastritis. 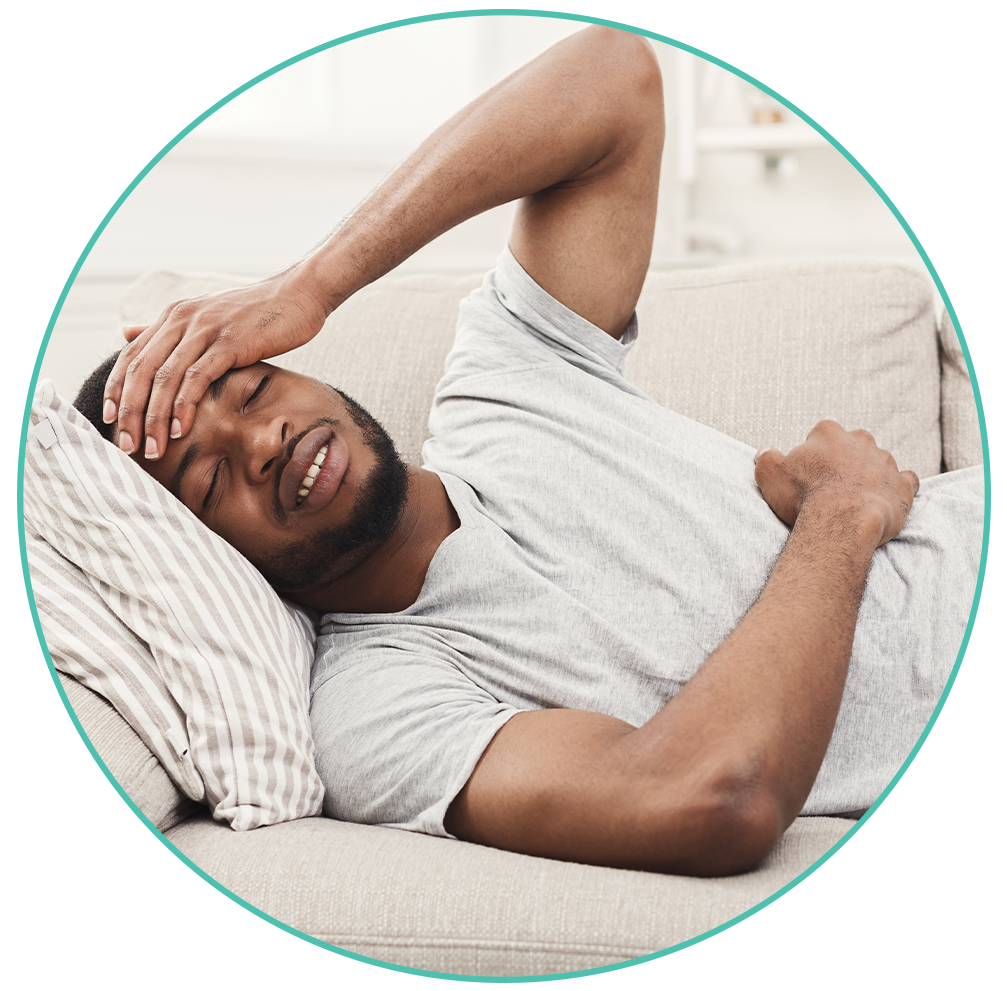