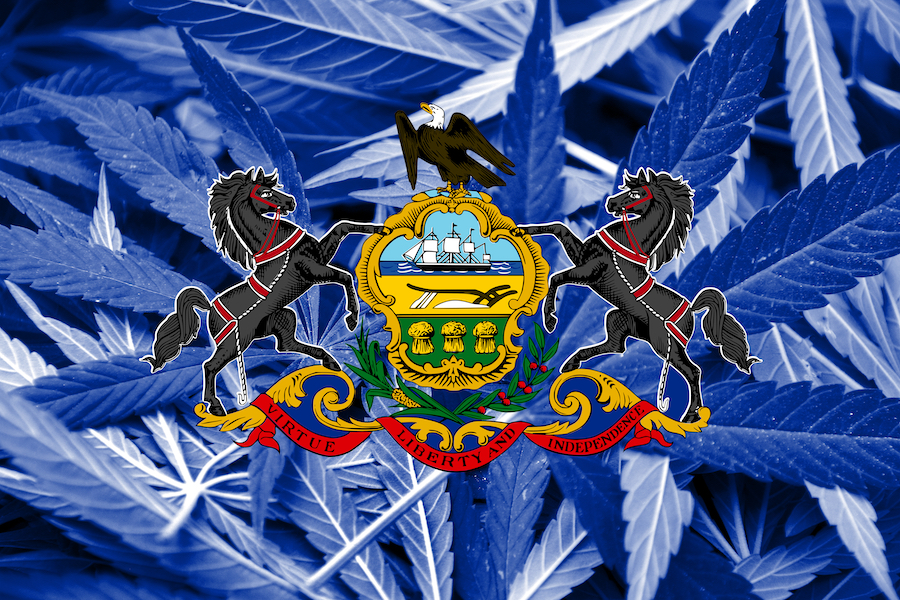 Medical marijuana has been legal in the state of Pennsylvania since 2016. However, updates are always being made to the state of overall cannabis legalization in the state, and it is worth taking a look at in order to remain current on what is and isn’t legal.

The basics of the Pennsylvania medical marijuana program are similar to other states. For one to be prescribed marijuana they must suffer from what the state calls an “approved serious medical condition” such as anxiety disorders, cancer, HIV/AIDS, glaucoma, epilepsy, inflammatory bowel disease, Parkinson’s disease, and more. The full list can be found here.

Once a patient has established that their ailment qualifies them for medical marijuana treatment, they must register online. Next, a meeting with an approved doctor is required to get certified as eligible. After this meeting is done, simply pay a fee for the card.

A popular alternative to doing this alone exists in the form of companies like Veriheal. Veriheal can help take care of all of this for you. Go here to get started on your own journey with Veriheal.

For those who are not on probation or parole, this ruling will have no effect. Your current status remains untouched. But for those on probation, this news is important. A general requirement for probation is that the probationer not violate any laws, local or national. Marijuana is a grey area because while it is legal in the state, it is illegal on a federal level thus causing some conflict for judges across Pennsylvania. Some counties, like Lebanon, have opted to ban marijuana use amongst the aforementioned parolees, but the recent ruling against this ban should change this for other counties.

What About Recreational Marijuana?

As of October 2019, recreational marijuana remains illegal across the state. However, in many municipalities—including Philadelphia, Harrisburg, Allentown, Bethlehem, and more—cannabis has been decriminalized. Possession of up to 30 grams is punishable by a fine that ranges from $25-$100. This is a vast stride in changing the discussion and perception around cannabis. In choosing not to seek prosecutions for minor drug offenses, the state of Pennsylvania is signaling to its denizens that it is listening to their shouts for marijuana tolerance.

Back in December of 2018 Governor Tom Wolf made it known that he would embark on a listening tour across the state in order to determine how much support for recreational cannabis existed in his state. The outcome was almost a no-brainer: over 68% of those in attendance supported full recreational marijuana legalization and almost all said that marijuana should be decriminalized at the very least. This prompted Gov. Wolf to begin a debate in the state legislature to figure out the best option for Pennsylvania to legalize recreational marijuana.

The future of marijuana in Pennsylvania is unclear, but it is more than likely a safe bet that full recreational legalization will come to fruition sooner than later. As always, check back with Veriheal as we keep our ears to the ground to bring you the best information out there.