From Mental Health Awareness Month in May to World Suicide Prevention Day in September, destigmatizing mental illness is a year-round effort. These awareness events are a time to reflect, share resources, and support those who deal with mental health concerns. And there are many among us.

According to the 2021 State of Mental Health in America report by nonprofit organization Mental Health America (MHA), 19% of adults experienced a mental illness between 2017 and 2018, an increase of 1.5 million people over the previous dataset released in 2020. And that illness is having life-threatening effects on the population. According to MHA, the percentage of adults in the U.S. who are experiencing serious thoughts of suicide increased by 0.15% from 2016-2017 to 2017-2018—an additional 460,000 people from the previous dataset.

One of the major obstacles many with a mental illness face is access to and affordability of treatment and resources. According to MHA:

According to MHA, these figures on the need for mental health care have not declined since 2011.

Medical cannabis can be recommended for some mental illnesses, including anxiety and post-traumatic stress disorder (PTSD). Because of how the federal government still regulates cannabis, research into its efficacy is often anecdotal. In an open forum in Arizona, those with PTSD diagnoses and their loved ones reported that cannabis has hugely helped them in their struggles. One person commented:

“PTSD has kept me as a hermit separated from my entire family. Literally living in a hole in the ground in the desert!! I have hated every aspect of my life as a result of PTSD and if I hadn’t smoked medical cannabis, I wouldn’t be here to be writing this now.”

Let’s explore which states allow medical cannabis for mental health conditions. Keep in mind that some of these states—specified in the chart below—only allow CBD and/or low-THC products. 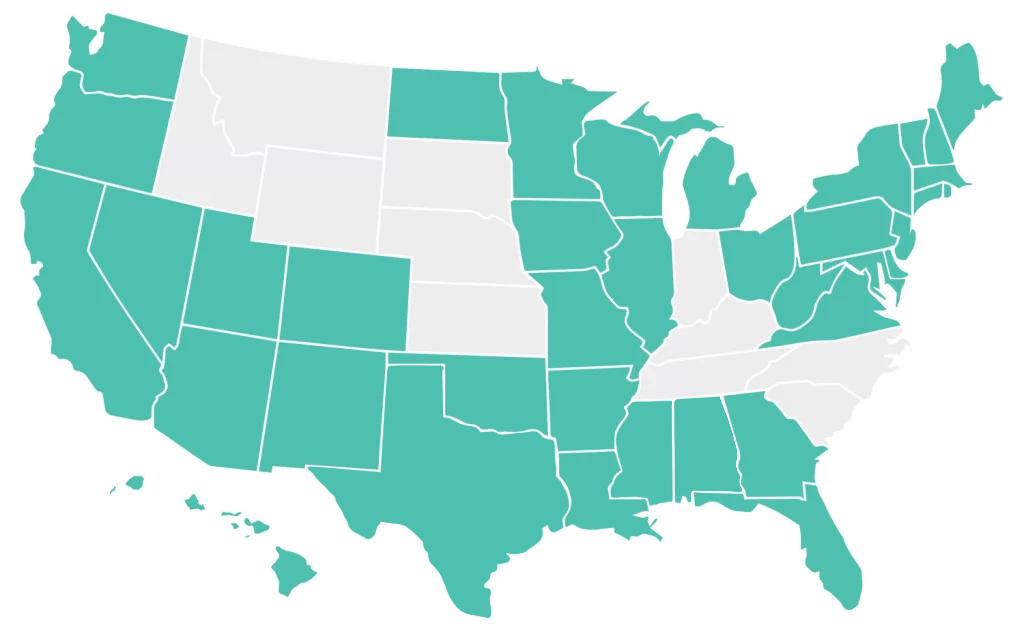 Whether you or a loved one has been struggling with mental health for a short while or what feels like forever, there is support. The National Alliance on Mental Illness can help you find resources. You don’t have to fight this battle alone.

My step brother has Schizophrenia and very few states allow someone to get a medical cannabis prescription for their state in the USA. I understand he may have to move to one of these states that more willing to help him out; can you help me research which states May allow or are on the fence for allowing medical Cannabis for Schizophrenia patents? Thank you in advance Sincerely Paul Taylor