Home Products and Services Have You Heard of Hexahydrocannabinol, or HHC?

Have You Heard of Hexahydrocannabinol, or HHC? 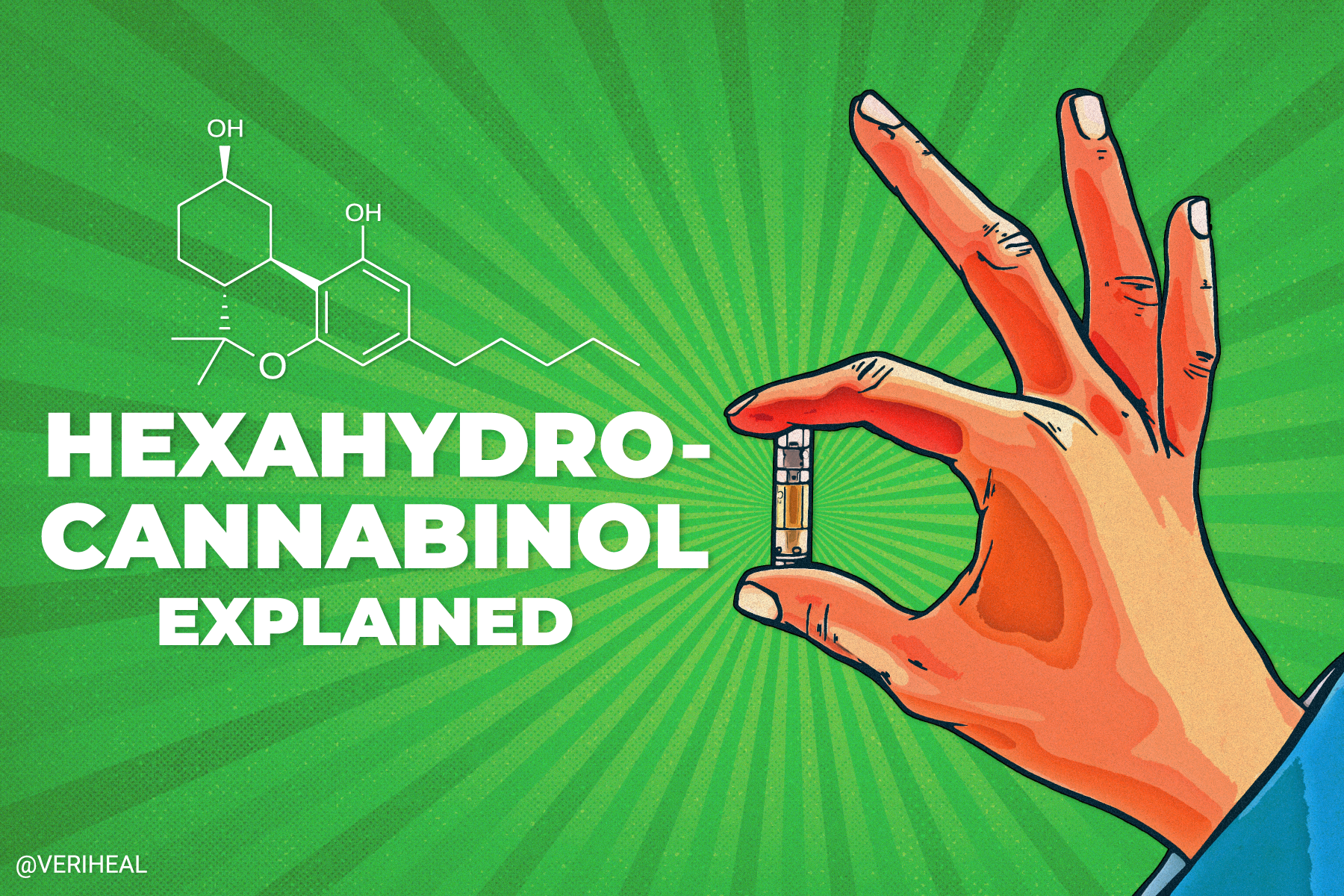 Many cannabis consumers are familiar with the most popular cannabinoids found in cannabis and hemp plants, THC and CBD. But the fun doesn’t stop there: Cannabis plants produce about 150 different cannabinoids, and scientists have even found ways to synthetically create cannabinoids that are only found in small amounts naturally. One of these cannabinoids that’s been getting a lot of attention lately is hexahydrocannabinol, or HHC.

HHC was first discovered in 1944 by Roger Adams, an American organic chemist at the University of Illinois who helped demystify the properties of cannabis after the government banned it in the 1930s. He also famously “discovered” (isolated) and synthesized CBD as well as synthesized THC and similar molecules, including HHC. Known for its THC-like effects, HHC has recently seen increased demand due to its loophole legality.

Let’s see what this THC-mimicking compound is all about. 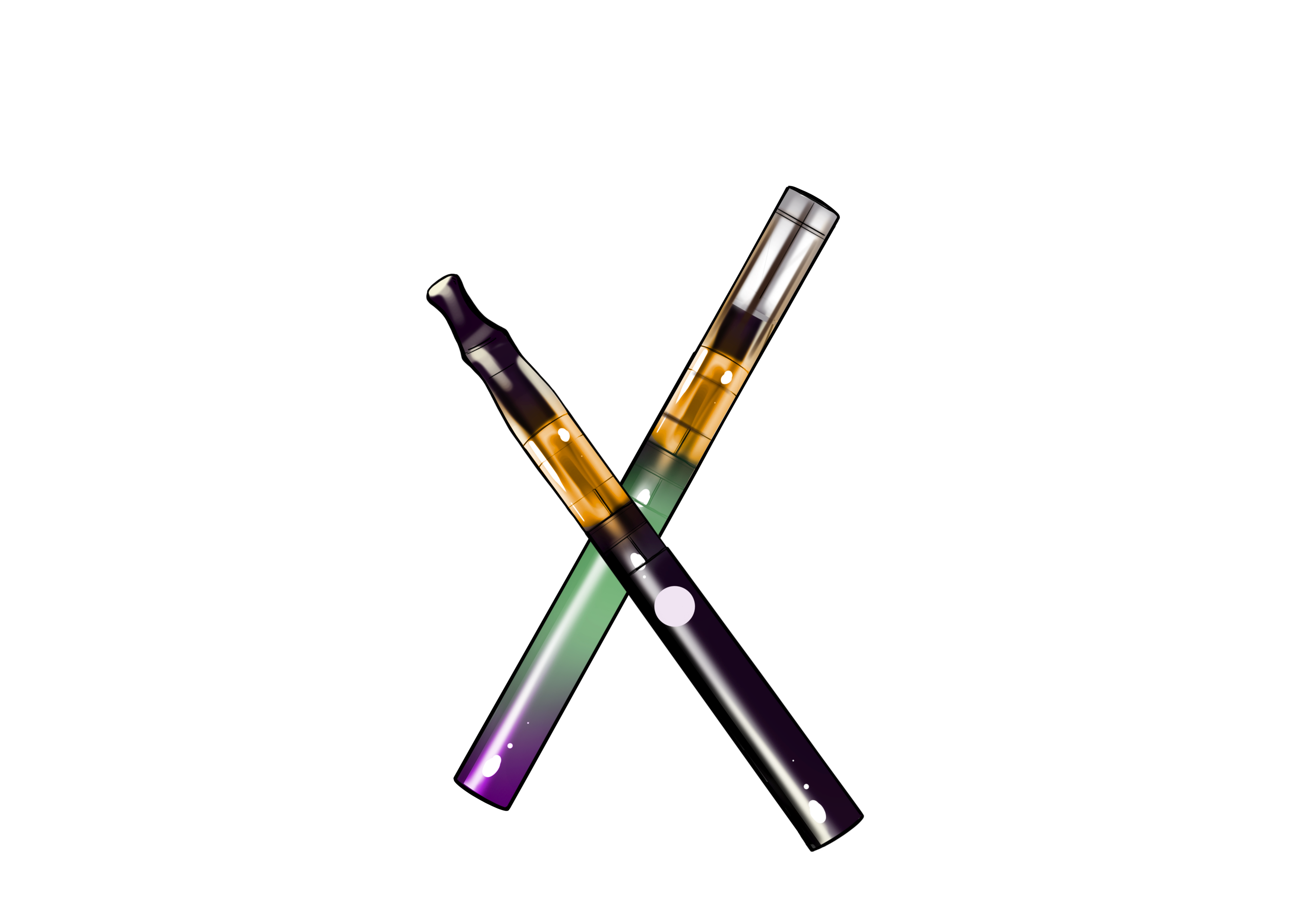 So, what exactly is hexahydrocannabinol? HHC is a naturally occurring phytocannabinoid in the cannabis plant; however, natural HHC is found in such small amounts that the HHC used in today’s consumer products is actually a semi-synthetic form created in a lab using a process called hydrogenation. This essentially involves isolating cannabinoids from cannabis or hemp plants and combining them with hydrogen to form a new compound with the same properties as the natural one.

Though Adams first created HHC in a lab by adding hydrogen molecules to delta-9 THC (the primary compound found in cannabis generally referred to as simply “THC”), most of today’s HHC is created from hemp-derived CBD—just like delta-8 THC. Using the hydrogenation process designed by Adams, HHC can also be synthesized from delta-8 THC, olivetol, and citronellal, though these methods are uncommon. 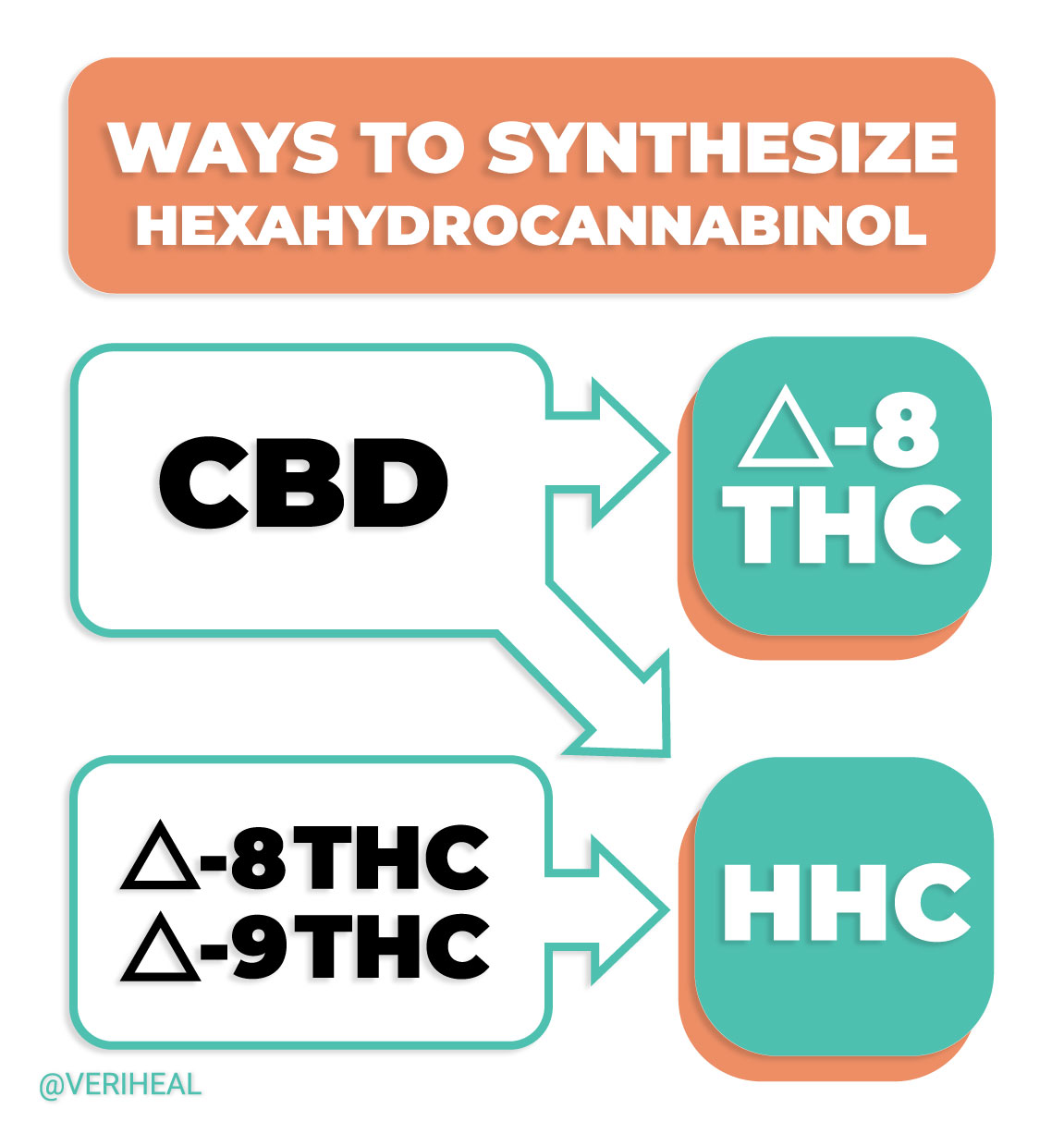 HHC is primarily sold in the form of vape carts, but you most likely won’t be able to find them at your local dispensary. Your best bet for finding safe HHC carts is going through a major retailer like Binoid or Bearly Legal that can provide certificates of analysis—like these from Binoid—that verify the cannabinoid levels in its products. These companies primarily operate online and ship their products to you, which is legal as long as the HHC is derived from hemp—but let’s dive into that more.

Loopholes in the Law

HHC is legal to sell, buy, and use…for now. Although it’s technically been around for ages, HHC has only been sold to consumers for less than a year, so there’s no real set of rules in place to regulate its production and distribution. As stated previously, almost all HHC products on the market contain the lab-made form of HHC that is derived from hemp—which, conveniently, was made legal via the 2018 Farm Bill as long as it contains 0.3% or less delta-9 THC.

So, HHC isn’t THC. Even still, the confusion surrounding its legality has caused concern about whether it shows up on drug tests. While some consumers have anecdotally reported that HHC can evade drug tests, there is no evidence at the moment proving this. In fact, “some studies have pointed out that HHC metabolites trigger delta-9 drug tests,” according to Herb. If you work for a company that tests for cannabis, you might want to err on the side of caution when it comes to dabbling in HHC.

HHC is just one of many emerging cannabinoids—such as delta-8 THC, delta-10 THC, and THC-O—that occur in small amounts in cannabis naturally and/or can be synthesized from hemp-derived CBD. Just like the energizing delta-10 and the psychedelic THC-O, HHC offers its own unique experience for consumers. According to Herb, HHC not only has an almost identical structure to traditional delta-9 THC but also shares many of its effects, such as pain relief, cerebral and body high, anxiety relief, happiness, and relaxation.

Experts are still debating the potency of HHC. It is estimated to be 20% less potent than delta-9 and more potent than delta-8 and delta-10, putting it somewhere in between delta-8 and delta-9. While more studies are needed to understand HHC’s potency, one characteristic of the compound has caught the eye of scientists. In contrast to THC and CBD, which are not completely bioavailable, HHC is believed to metabolize in our bodies more efficiently, allowing us to get the full benefits of the compound.

So far, there is no evidence to suggest that ingesting HHC is more harmful than any other cannabinoid. But just like all of the new hemp-derived cannabinoids, there has been little to no research conducted on the standard dosing and long-term effects. Further, these cannabinoids are not regulated in the same way THC and CBD are, so retailers are not required to test their products.

There may also be other compounds, synthetic cannabinoids, or solvents potentially left behind in unregulated HHC products that are unknown and could cause other effects. On a positive note, a 2011 study linked HHC and similar compounds to shrinking tumors in cancer patients, suggesting the cannabinoid could offer medical benefits as well.

The Wild West of Cannabis

If you’re wondering why folks are bothering with all of these novel cannabis products, the answer lies in the law. Some consumers are simply interested in exploring the diverse effects of varying cannabinoids, but many are being forced to turn to these “loophole” products in states that prohibit THC. Law enforcement has already banned some of these newly synthesized compounds that resemble THC, opening the door for new cannabinoids to take the spotlight (as HHC did to delta-8).

But the question remains: Should we be experimenting with these new substances? Some signs have pointed to no. Christopher Hudalla, president of analytical testing firm ProVerde Laboratories, told C&EN that it’s rare to come across a “legitimate delta-8 THC product” and many contain unidentifiable chemicals. Clean delta-8 products are possible of course, but “most people are not actually taking the time to distill it or use chromatography,” according to cannabis researcher Kyle Boyar.

Don’t close the case on synthesized cannabinoids quite yet, though—which, it should be noted, are starkly different from synthetic cannabinoids like K2 that are completely man-made using no cannabis/hemp plant matter. More research into these hemp-derived substances will help us better understand their effects on the human body, and more regulation will ensure safe products for consumers. 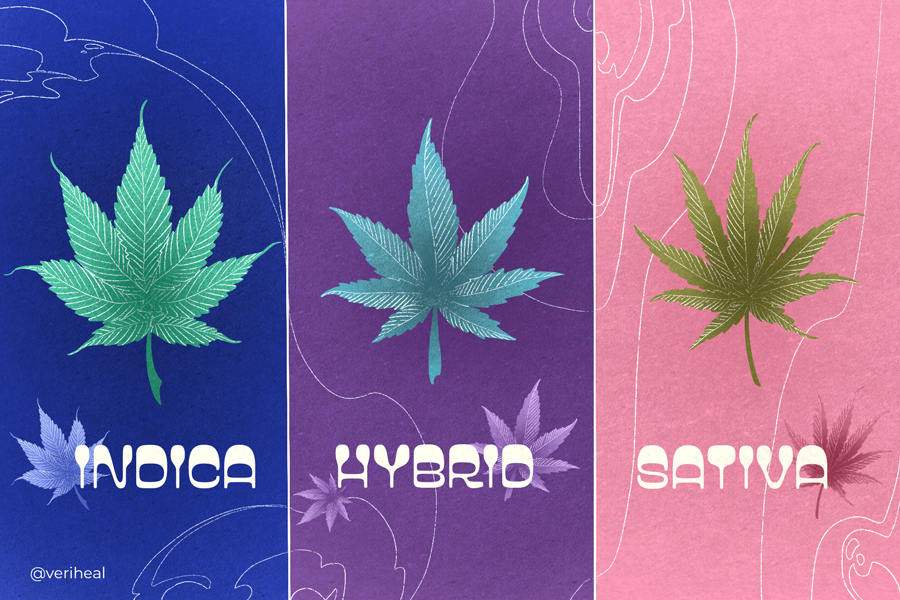