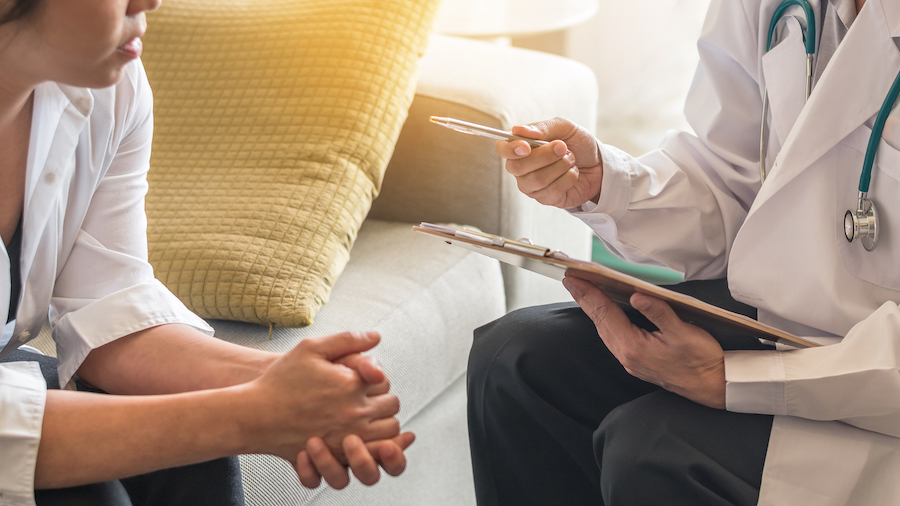 Mental health issues are something that affects people globally. It seems that every day we hear of another life lost to mental illness. From beloved celebrities to veterans, mental illness shows no discrimination when it comes to whose life it touches. The National Alliance on Mental Health (NAMI) reports that the following is the annual prevalence of the most common mental illnesses suffered by the U.S. adult population.

It Affects Us All

NAMI also reports that 1 out of every 5 U.S. adults experience mental illness annually. However, it seems that everyone is affected by mental illness in one way or another. Whether it is something you deal with personally or something a loved one battles, the effects of mental illness reach us all at some point.

When it comes to treating mental health illnesses such as anxiety, PTSD, Bipolar Disorder, obsessive-compulsive disorder and depression, some of the most common treatments include therapy and pharmaceuticals. However, today, we are finding that many would rather choose natural treatment options, and many are finding hope in cannabis.

The Science Behind Cannabis for Mental Illnesses

Let’s take a look at the science behind how cannabis can help with 2 of the most prevalent mental illnesses suffered by the U.S. adult population annually. Unfortunately, many medical professionals and politicians would like people to believe that there isn’t enough research in this area. Especially when in fact there is substantial scientific and anecdotal evidence that proves otherwise. Here is what we know about how cannabis can be an effective treatment for various mental illnesses.

Anxiety disorders are a prevalent illness in today’s world. Most pharmaceuticals prescribed for these conditions render patients into a state in which they cannot function. Many of them also come with dangerous side effects. Thousands of legal patients, as well as many of those who medicate illegally, do so to treat anxiety-related conditions. According to the research that we have available, it seems as if choosing cannabis is a great option and one that shows success for many.

A study conducted by scientists at Washington State University, consuming cannabis through inhalation holds the potential to “significantly reduce self-reported” levels of anxiety in the short term.

The study concluded the following regarding anxiety.

Sativa dominant strains have been reported to increase symptoms of anxiety in some patients, and for this reason, should be consumed with caution. Because of this, patients tend to prefer Indica or Indica dominant hybrid strains for addressing anxiety. It is also important to know the terpene content in the products that you are consuming as their effects are also very significant and can drastically affect the success of cannabinoids in addressing various ailments including anxiety.

According to Emma Chasen, cannabis educator and founder of Eminent Consulting Firm, “there are three terpenes you should be on the lookout for if you want to use cannabis to treat your anxiety — limonene, linalool, and beta-caryophyllene.”

For many, depression prevents them from doing things that they love, spending time with those close to them, and sometimes even from living a normal life. Unfortunately, many anti-depression medications come with a list of side effects that are more debilitating than the depression itself. Cannabis, however, is known for making people happy. You might even say it’s one of the most excellent side effects of the plant.

For patients that choose cannabis to treat depression, this is excellent news, and many do so with success. It’s not just anecdotal either; the science seems to agree that cannabis, in fact, could be a very effective treatment option for addressing depression naturally.

Endocannabinoids are produced naturally by our bodies and regulate things such as our overall feeling of well-being. These compounds also activate the same receptors that the intoxicating phytocannabinoid found in cannabis known as THC activates.

As you can see, research exists, and it is quite promising. While THC has been king for many years, today it seems that full-spectrum products are the choice of many when it comes to utilizing cannabis for a wide variety of different ailments. CBD, another cannabinoid found in cannabis, is also making waves as it can be sold legally when derived from hemp that contains less than .03% THC.

According to statistics, it may be just the thing for those experiencing anxiety or depression who would prefer not to feel intoxicating effects. In a recent survey conducted with the Harris Poll, it was concluded that 7% of the U.S. adult population has tried a CBD product and of those, more than 50% had done so in hopes of finding relief from anxiety and depression. If that isn’t pure proof that people are looking for natural relief from depression and anxiety, I’m not sure what is.

Have you had success utilizing cannabis to treat anxiety, depression, or another mental illness? If so, we would love to hear about your trials, tribulations, and successes in the comments below.