Why Isn’t the Endocannabinoid System Studied in Med School? 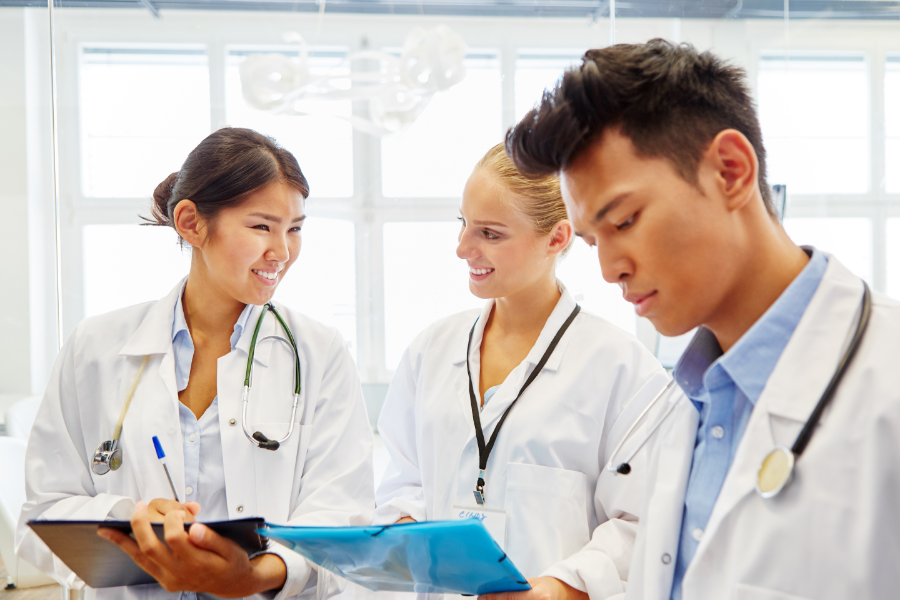 The endocannabinoid system, or ECS, is a signaling system present in all mammalian bodies. It is comprised of two kinds of receptors—CB1 receptors, which are mostly located in the central nervous system, and CB2 receptors, which are primarily found in the peripheral nervous system. The endocannabinoid system plays an important role in regulating such things as sleep, mood, appetite, fertility, and memory. It can also be linked to the management of chronic pain, stress, and a host of other bodily functions.

Why, then, is the science behind this system not taught in medical schools?

Is There A Place For Endocannabinoid Education?

Dr. Ethan Russo, who is a board-certified neurologist and psychopharmacology researcher, provides some insight into this question.

“There are more cannabinoid receptors in the brain than there are for all the neurotransmitters put together,” he says. The implication is simple and important. The endocannabinoid system has the potential to have a powerful impact on the body. It’s a significant part of the makeup of every human being, and it can have a substantial effect on our health. There is, therefore, no good medical reason not to teach up and coming doctors about its capabilities.

And yet, this isn’t happening. The endocannabinoid system is presently not a part of the medical school curriculum. It’s just not something doctors are learning about, and thus they aren’t taking advantage of the potential it has to improve the lives of their patients.

Fitting the Endocannabinoid System Into The Curriculum

Medical schools are packed with knowledge that they must impart to their students. No doubt it can be a challenge to fit in everything that needs to be taught and to ensure that students are leaving with all the knowledge and information they’ll need for their careers.

But it’s also true that the medical field is constantly changing. Our understanding of the human body is constantly being updated. And doctors and medical students are required to participate in ongoing learning to ensure that their knowledge is up to date.

And yet, the party line among medical schools is that there just isn’t time to cover the endocannabinoid system. When asked about fitting it in, administrators say that to do so, something else in the curriculum would have to be eliminated.

Dr. Russo explains that an understanding of the endocannabinoid system is integral to understanding how every other system in the body works, and therefore the curriculum should incorporate the endocannabinoid system throughout. So far, however, this has not been done, perhaps because it would call for a sweeping overhaul of the way medicine is taught.

One possible justification for the lack of education regarding the endocannabinoid system is the fact that no existing drugs interact with it.

However, this is not likely to be true for long. As cannabis legality spreads, we approach FDA legalization, and once that happens, cannabinoids are likely to be incorporated into drugs and used to treat all kinds of ailments.

What’s more, this is something that should happen. The potential of the endocannabinoid system to affect health makes it a great untapped resource for the medical field. Doctors should be capitalizing on the knowledge that’s available in order to better treat their patients. Pharmacologists should do the same.

One hopes that, as legalization becomes more widespread, medical education will adapt to include this very important bodily system.

Hi Kat this is a great article the best I’ve ever read about the Endo cannabinoid system and why medical field is neglecting it . There’s a new product that just came out that is not a CBD oil. Finally .. it is water soluble, 100% organic whole flower . It has 95% bio availability. It feeds the Endo cannabinoid system to another level. I have a mission to help kids get off the pharmaceuticals, and educate parents that there is another option. Would love to use your platform and your expertise or any advice you can kindly recommend.

What a great bit of information and I agree wholeheartedly. Mj has changed my life forever in aspects of health issues. I am allowing my body and mind to accept the healing power of that pretty flower. It is not as most people remember when you would get anxiety, smoked from a pop can and so on..If one is ill mj can heal!!!

With all the CBD products flooding the market, doctors need to know how CBD interacts with the body- they have to have ECS knowledge. The medical schools are run by corporations that already know that people who use cannabis and cannabis-like products almost always experience a reduction in their prescription drug use… and that affects drug maker’s bottom-line…a classic “profits over people” posture…