Home News Will 2020 Be the Year These States See Cannabis Legalization?

Will 2020 Be the Year These States See Cannabis Legalization? 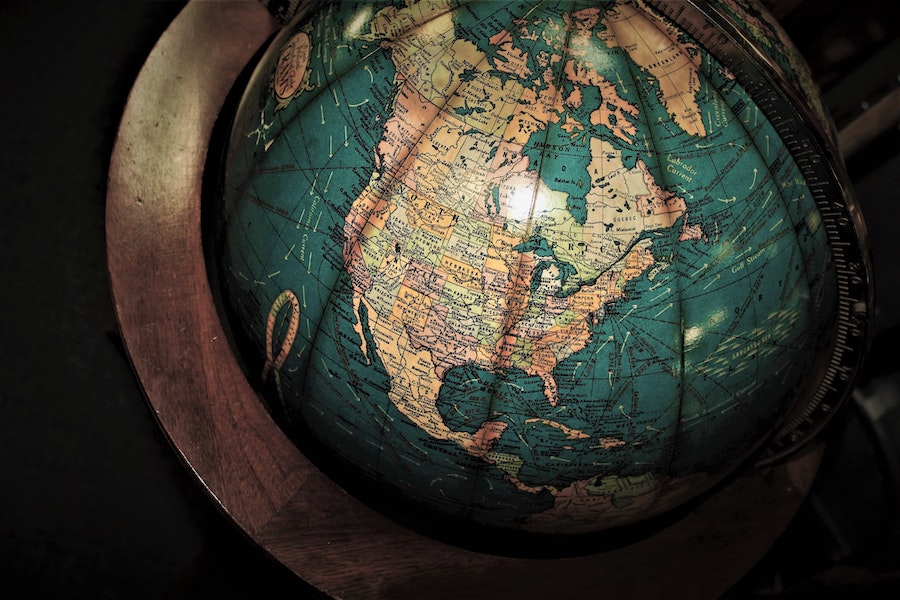 As a country, we are making great strides at ending the prohibition of cannabis, one state at a time. Be it for recreational or medicinal use; there are now 33 states in the U.S. that offer some form of legal access to cannabis. However, 2020 is the year that may go down in the history books for legalization.

There are currently 15 states that we are paying close attention to that may be giving voters a chance at legalizing cannabis in 2020. While 4 of these states are looking to legalize medical-based cannabis programs, the other 11 are looking to enhance their medical program by also legalizing an adult retail market.

States That May See a Vote on Medical Cannabis in 2020

Despite a federal prohibition on cannabis, 33 states have implemented medical cannabis programs in the U.S. with much success. Next year, there are five more states that may be placing the question of whether or not medical cannabis should be legalized before voters. Let’s take a closer look!

As it stands today, Idaho is one of the only states in the U.S. that doesn’t allow for CBD products with low THC content. However, a proposed ballot measure by Idaho Cannabis Coalition is looking to change that. To reach the ballot in 2020, the proposal would need to receive 55,057 valid signatures from registered voters in the state.

An advocacy group by the name Mississippians for Compassionate Care, aka the MCC, submitted more than enough signatures to place a medical cannabis legalization measure before voters in 2020. The initiative includes 22 qualifying conditions, including PTSD, cancer, and chronic pain.

There are two state Senators in Nebraska that are tired of their fellow lawmakers not listening to their constituents and continually rejecting medical cannabis legislation. For this reason, the senators are partnering with national as well as local advocacy groups to hopefully put the question before voters next fall. Advocates will need to collect nearly 122,000 valid signatures to make it happen!

One measure to legalize medical cannabis in the state has already submitted more than enough signatures to go before voters next year. Another campaign, however, is currently still in the works gathering signatures that would take it a step further and legalize a retail adult-use market for those over the age of 21. This measure also includes the option for home cultivation by retail adult consumers.

States That May See a Vote on Recreational Cannabis in 2020

State-licensed medical cannabis businesses are pushing an initiative known as Smart & Safe Arizona to legalize retail cannabis for adults in the state. The initiative would also allow for home grows! 237,645 valid signatures are required before July 2nd to put the issue before voters next year.

There are currently multiple measures in the works backed by Arkansans for Cannabis Reform in the works that aim to legalize an adult retail market. The measures also call for expungement in specific cases and would allow home grows. 89,151 valid signatures are required (with minimums for some counties) before July 3rd, 2020, for the measure(s) to reach the ballot.

While no initiative process in the state would allow signatures to be collected and a vote placed on a ballot, according to Forbes, “some elected officials have floated the idea of advancing a referendum that would let voters weigh in on ending prohibition.”

Make it Legal Florida is behind an initiative in the state that would legalize recreational cannabis for adults. It would also allow existing medical dispensaries to cater to adult consumers and is being backed by medical cannabis companies such as Parallel. The measure has gained enough signatures and warrants the review of the Florida Supreme Court before being able to be placed on the 2020 ballot.

While they are not gaining much traction, there are currently several different measures that have been filed with the secretary of state that looks to legalize adult retail markets. However, whether the groups behind them will receive the funding and gain the attention needed is debatable at this point.

Advocacy groups such as New Approach PAC and the Marijuana Policy Project are currently drafting a constitutional legalization measure as well as a statutory legalization measure in the state. Once drafted, the statutory measure would need to receive 25,500 valid signatures, and the constitutional amendment would require double that to qualify for the 2002 ballot. Details on the measures are currently unavailable. MontanaCan has also filed a proposal with the state.

Since legislative leaders couldn’t get the job done to legalize cannabis this year, lawmakers in the Senate and Assembly adopted a referendum that will be placed before voters in 2020. The question to voters will read, “Do you approve amending the Constitution to legalize a controlled form of marijuana called cannabis?” If approved, regulations would then be drafted by legislators.

Nothing is set in stone, but like with New Jersey, lawmakers in New York just haven’t quite been able to get the job done, so a referendum may be adopted to place the question before voters next year.

There are currently two different measures in the state, aiming to legalize an adult retail market. One would require nearly 27,000 valid signatures to reach the ballot, while the other is backed by Legalize ND and would require only 13,452 valid signatures. The Legalize ND initiative, however, does not allow for home cultivation while the other does.

Having one of the most successful medical cannabis programs in the country, advocates with New Approach PAC are bringing legalization efforts for a retail market to Oklahoma. The effort requires 178,000 valid signatures to reach the ballot in 2020. This initiative also includes expungement opportunities and the right to cultivate your own cannabis at home.

Governor Gina Raimondo is putting the legalization language into her 2020 budget proposal, but if it is removed by legislative leaders as it has been previously, the state lawmakers may push for a referendum that would put the question before voters.

Did your state make the list? Will you be voting yes? Let us know about your thoughts on your state’s legalization efforts in the comments below, and be sure to contact your legislators and show your support for cannabis freedoms!