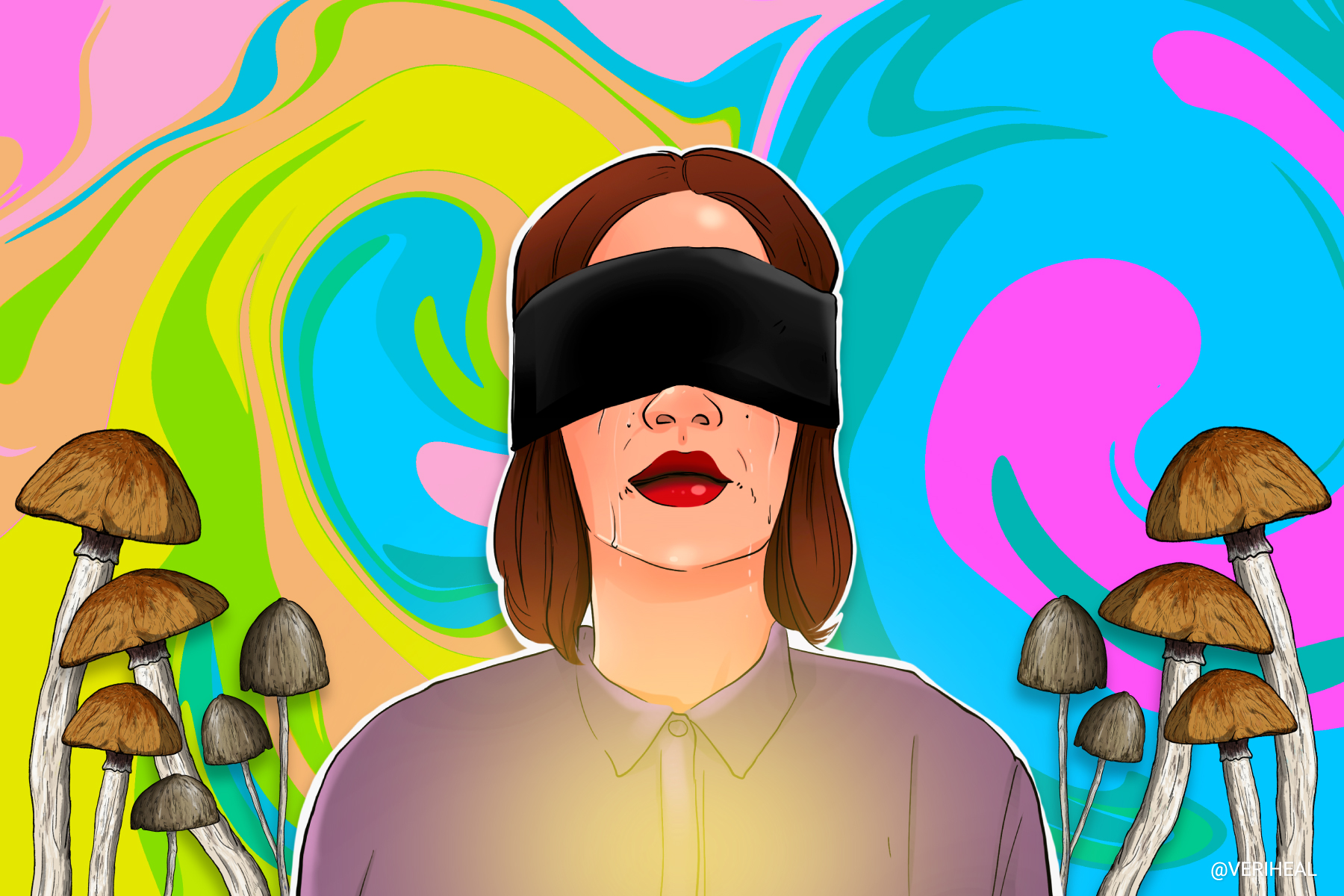 Note: Veriheal does not support illegally consuming therapeutic substances like psilocybin magic mushrooms but acknowledges that it transpires because of the current illicit status of both, which we strive to change by advocating for research, legal access, and responsible consumption. Always consult a physician before attempting alternative therapies.

The National Institute of Mental Health estimates that there are around 19.4 million adults in America who’ve faced at least one depressive episode in their lifetime – most of which are able to improve through the help of antidepressant treatments (9). However, there are still many others who are faced with treatment-resistant depression that remains persistent despite efforts for improvement.

Finding a Solution for Treatment-Resistant Depression is Vital

Leading health organizations such as The Mayo Clinic and the American Academy of Family Physicians often outline strategies, several of which are medication-based and combined with psychotherapy (6) (5). Those strategies include giving current medication more time, increasing the dose, and switching antidepressants…so many pharmaceuticals which are all associated with side effects such as nausea, weight gain, blurred vision, insomnia, loss of sexual drive, etc. It may normally take several months to find the right medication and dosage for you, which takes patience and commitment. Fortunately, recent research on psilocybin shows promise for how using the botanical substance may help alleviate treatment-resistant depression.

The acclaimed author of Harry Potter, J.K Rowling, stated that “It’s so difficult to describe depression to someone who’s never been there because it’s not sadness. I know sadness. Sadness is to cry and to feel. But it’s that cold absence of feeling—that really hollowed-out feeling (7).” Depression can be lonely and even dangerous when left unchecked- which is what makes finding alleviation for treatment-resistant depression so vital.

For more on depression, be sure to check out this article.

How Can Psilocybin Assist?

In order to understand how psilocybin can assist with treatment-resistant depression (TRD), let’s have a look at this 2021 published study which found that psilocybin may work as effectively as escitalopram, a common antidepressant– now I know what you’re thinking… “How can such a substance assist when they may only work as effectively as the current medication proved ineffective for this type of depression (2)?” Well, let’s find out.

The study compared the effectiveness of commonly prescribed antidepressants with therapeutic doses of psilocybin (2). While the study did find psilocybin effective for depression, it also found a significant difference in antidepressant effects between psilocybin and escitalopram (a common antidepressant). The secondary outcomes also generally favored psilocybin, though not statistically corrected for.

Despite the fact that psilocybin did not prove to be more effective than antidepressants, another study found that two doses of psilocybin were more effective than common treatments in terms of assisting with TRD (3). In both of these studies, patients also received psychological support. The TRD study conducted theirs on the basis that “clinical trials are reporting marked improvements in mental health outcomes with psychedelic drug-assisted psychotherapy (3).”

Researchers Carhart-Harris (also first author of the 2021 study), Bolstridge, Day, and the team sought to report on the safety and efficacy of the outcomes of psilocybin on TRD for up to six months in an open-label trial. The team of researchers found that the psilocybin was well tolerated by the participants and that reductions in depressive symptoms were observed within1-5 weeks post-treatment. At the same time, 5 weeks post-treatment, “nine and four patients met the criteria for response and remission at week 5 (1).”

Additionally, at the 5-week mark, none of the participants sought out further antidepressant treatment after having been treated with psilocybin. When assessing the participants again, the team found a continuing positive response to the psilocybin at 3 and 6 months. After 3 months, a  few patients sought out additional treatments including antidepressants (6 patients), therapy (5 patients), or more psilocybin (5 patients) (1).

The team concluded by stating that despite the limited conclusions which can be made from an open-label trial, they found that “tolerability was good, effect sizes large and symptom improvements appeared rapidly after just two psilocybin treatment sessions and remained significant 6 months post-treatment in a treatment-resistant cohort (1).”

The psilocybin in magic mushrooms, or shrooms, has the ability to deliver mind-altering, neuroplastic effects which is why people with depression can benefit from the substance. psilocybin has a high affinity for several serotonin receptors which are located in numerous areas of the brain, including the cerebral cortex and thalamus (1).

Since psilocybin has a “high affinity” for the receptors of this “happy” chemical, it stands to reason that psilocybin can boost the chemical, thereby gearing consumers towards the state associated with higher levels of serotonin (1). This is what researchers are confirming and why it makes for a viable and effective means of alleviating depression. Psilocybin and other serotonergic psychedelics may also help rewire brain connections, a property called neuroplasticity, which could explain its lasting effects months after consumption (4). Unfortunately, limited research is being conducted since the substance is still widely illegal.

Psilocybin is quickly gaining support for its continued promise as a powerful therapeutic substance with the potential to alleviate an array of conditions – much like cannabis. At the moment, it is anyone’s guess as to whether the psilocybin will be removed from its federally-imposed Schedule 1 listing. Fortunately, research such as this provides hope where some may feel there is none- such as is the case in treatment-resistant depression.

8. Priory Group. (n.d.). What is the link between serotonin and depression? Priory. Retrieved January 2, 2022, from https://www.priorygroup.com/blog/what-is-the-link-between-serotonin-and-depression