Home Research Who Was Roger Adams and What Did He Contribute to Cannabis Science?

Dr. Raphael Mechoulam may just be the most significant person associated with cannabis science due to his discovery of the cannabis plant’s most infamous and intoxicating cannabinoid, tetrahydrocannabinol (THC). However, there is a chemist whose recognition is long overdue, especially considering the recent increase in cannabidiol (CBD) interest. Dr. Roger Adams was the first to isolate CBD—but who is he?

Adams (1889-1971) was an American organic chemist who assisted with determining the composition of substances such as vegetable oils, plant alkaloids, and cannabis. He was the department head of chemistry at the University of Illinois from 1926 to 1954, during which he conducted a wide range of chemistry-related research that contributed to cannabis science and wartime technology.

Adam’s contributions to organic chemistry are said to be rivaled only by his contributions to teaching since he taught more than 250 Ph.D. and post-doctoral students and developed a model graduate science program that is admired across the country. Adams and his students made a plethora of scientific advances, including showing CBD’s relationship to cannabinol (CBN) and THC as well as synthesizing CBN and THC analogs.

On top of his studies on cannabis, Adams looked at the role and misuse of science in war and totalitarianism during the early 20th century. In addition to studying Germany’s use of poison gas in trench warfare, Adams spent a lot of time on pharmaceutical research. In the book Bonds That Tie: Chemical Heritage and the Rise of Cannabis Research, J. N. Campbell explains that Adams’ penchant for assisting medical personnel stemmed from witnessing the power of chemical connections in pre-WWI Germany.

In 1940, Adams identified and synthesized the CBD cannabinoid. The 1944 Laguardia Committee Report stated, “We are indebted to Dr. Roger Adams, Professor of Chemistry at the University of Illinois…who supplied some of the active principles of marihuana.” His contributions to the demystification of cannabis compounds enabled many to conduct research and studies on the subject.

Two years after cannabis was banned by Congress, Adams received a Treasury Department license to work with cannabis oil. He studied the substance in his lab and presented his findings to the National Academy of Science. In 1942, the Office of Strategic Services (predecessor of the CIA) drew from Adams’ work in an attempt to develop a truth serum to be used for national security initiatives, though the efforts never panned out to anything substantial.

During his career, Adams faced significant rebuttal from Harry Anslinger, the anti-cannabis figure behind the Reefer Madness campaign of the 1930s. Anslinger thought that Adams was too enthusiastic about his discoveries regarding a federally illegal substance. In response to Adams’ claim that cannabis offered positive effects, Anslinger said, “In my opinion, this drug is bad for human consumption and should be painted so.”

Although CBD and its therapeutic uses only become clear later on, Adams did note its analgesic (pain-relieving) effects in the ’40s. As Adams conducted his work on cannabis, he was said to be risking his career and position since he had to stand up to those who were intolerant of cannabis, such as Anslinger. According to Yahoo Finance, much of Adams’ research was “quietly but aggressively terminated and subsequently buried by the combined forces of J. Edgar Hoover’s FBI and Harry Anslinger’s Federal Narcotics Bureau.”

According to the National Science & Technology Medals Foundation, Adams made other significant cannabis contributions, including the creation of the “Adams scale” to measure the potency of cannabis and the development of the Adams catalyst that many chemists use for hydrogenation reactions. Adams is also known for his discovery and synthesizing of hexahydrocannabinol (HHC), a cannabinoid found in small amounts naturally that is commonly produced synthetically today. 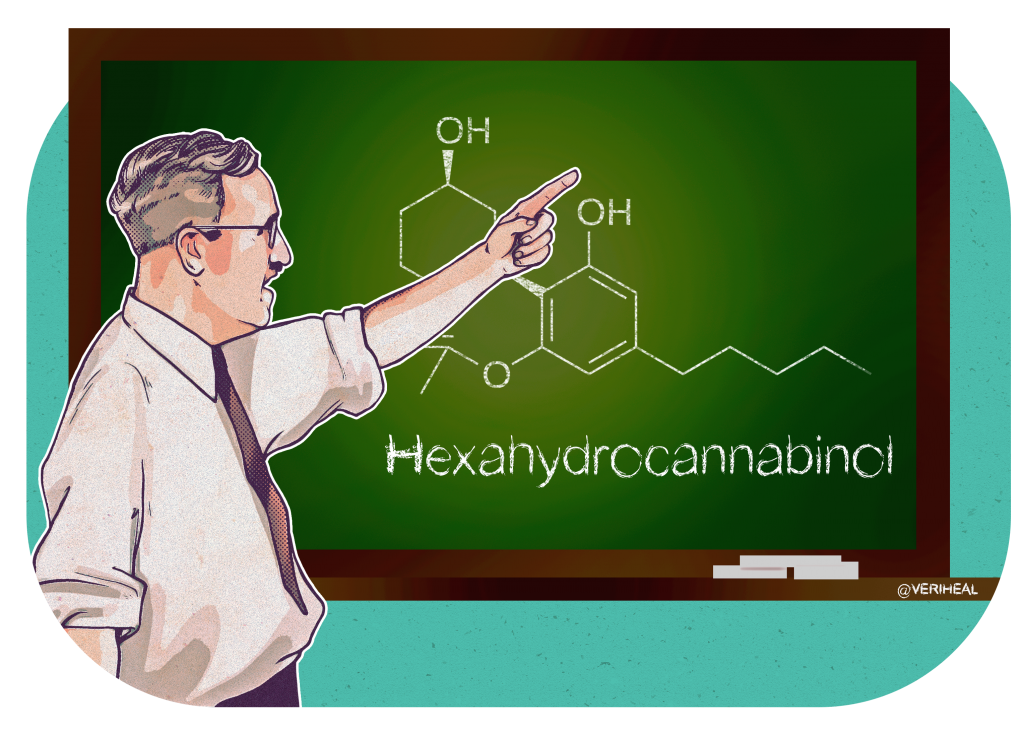 The Origins of THC

Adams also played a role in the origins of THC. While most honor the fact that Mechoulam was the first to discover the THC compound in 1964, some support the claim that it was actually Adams who identified THC for the first time. In fact, the truth lies in technicalities. Mechoulam was the first to identify and isolate THC, but it was Adams who first synthesized THC by modifying the molecular structure of other cannabinoids, especially CBD.

Even with so many forces against him and his controversial research, Adams was able to publish over 60 papers, many of which were focused on cannabis science. In 1964, Adams was awarded the National Medal of Science for Chemistry “for superb contributions [to chemistry] as a scientist, teacher and imaginative leader in furthering the constructive interaction of academic and industrial scientists.” If not for his determination and hard work, it’s hard to say when CBD and its medicinal properties would have been discovered.

This was a very encouraging piece. It spurs the question, is there a sicsinc presentation out there that debunks scientifically Anslinger’s paranoia concerning cannabis?