Have you ever stopped and asked yourself why cannabis isn’t as welcomed as alcohol or medicine? Why cannabis is considered an illicit substance or why it’s even prohibited in the first place? Cannabis prohibition was built on a foundation of racism, sexism, and misinformation. Lies were even fabricated about it, and the media, along with government officials, helped support these fabrications.

Not everyone in the government agreed with cannabis prohibition. The 99th mayor of New York, Henry LaGuardia, challenged the federal government’s position on cannabis legalization with the 1944 LaGuardia Committee report on cannabis or “marihuana” commissioned by the New York Academy of Medicine. Apparently, lawmakers and politicians uneducated in the field of medicine knew more than individuals who had dedicated their lives to the study of medicine.

Suppose cannabis was just as accepted or even regulated as alcohol or medicine; oh, what a wonderful world it would be!

Firsthand Accounts of the Atrocity of Cannabis Prohibition

What if kids breaking into their mom and dad’s stash was considered a normal part of growing up like breaking into the liquor cabinet is? Or what if a new mother was able to consume a low dose THC edible during her pregnancy to reduce her severe nausea and even after the birth to help relieve the pain without the fear of child protective services threatening to take her child?

I know this is an issue because I faced it firsthand. While I was pregnant, I lived in TN and traveled to Colorado quite often for business. After giving birth to our daughter, child protective services told me that if I would have had my child one county over that she could have been taken from me because I had THC in my system even though my child did not. Luckily, the county we resided in could only pursue the removal of a child for a parent’s cannabis consumption if they could prove beyond a doubt that it endangered the child as were not found in possession of cannabis, it was simply in my system at the time of giving birth.

Cannabis prohibition has even influenced my husband’s, and probably many others, unique dislike for law enforcement. Because of a raid that occurred when he was at a very young and impressionable age, he now struggles with trusting law enforcement. If cannabis were regulated like alcohol or medicine, he never would have had to experience this and may even possibly hold higher regard for law enforcement. But now, he has a hard time believing that the police are there when you actually need them and that their top priority is busting cannabis consumers who pose a lesser threat to society than most criminals.

Alcohol has the potential to be a destroyer of health and of lives. It has numerous proven health risks, is behind many domestic violence cases, and even contributes to the many deaths on our nation’s highways. The statistics are shocking. Despite all of this, alcohol is still socially acceptable and, in many instances, even where it shouldn’t be. When I lived in Wisconsin, I was amazed at how many church events had beer tents. Another is America’s longest-running cannabis festival, the Great Midwest Marijuana Harvest Festival, which takes place in Madison each year. Guess what? You can walk around drinking during this event all you want but should you decide to show your support for cannabis by blazing some, you could find yourself in legal trouble.

Could you imagine if when we went to the gas station, we could buy a joint, and they gave us a cigarette slip to put it in, similar to what they do a brown bag when you buy a single beer? I have always questioned why you would sell alcoholic beverages in an establishment that caters to providing fuel for an automobile when drinking and driving are illegal? I suppose that maybe the passenger wants to buy beverages to take home; we should give them the benefit of the doubt.

But when it comes to cannabis consumers, the same consideration is not extended. Many lawmakers and enforcement against cannabis legalization appear to have had their own reasons for keeping it prohibited or strictly regulated. Whatever the plan, it certainly has contributed to this country’s overpopulation of prisons and lining the pockets of big pharmaceutical companies. America deserves better than one-track-minded thinking. It deserves better than having elected representatives in office doing nothing more than promoting their own private agenda or that of those who own them or sponsor them.

Imagine a Scenario Where Cannabis is Welcomed

The world as we know it could stand to be a very different place. Sadly, the asinine thinking of individuals who believe their own opinions and thoughts should dictate how others should live will continually rule our society until we as people make a necessary change in the way we live. I have consumed cannabis practically my entire life. I grew up around people just like me. These people have all held down jobs, raised families, and kept very quiet in order to stay off the radar of law enforcement. I have seen law enforcement catch some of my friends for cannabis and watched it destroy their lives. These are good people. This forever has changed my viewpoint of politicians and authority figures of all sorts.

What if farmers across America were given the right to grow cannabis, both medical cannabis and industrial hemp? That would have resulted in hemp being the fabric of our lives instead of cotton. Cotton requires an ungodly amount of pesticides, fertilizers, and chemicals in its production and produces less yield. Hemp requires none of that and even grows faster and yields more than cotton. Hemp also has been used as a fabric to make clothing and many other items for thousands of years. Prohibition ended that and replaced it with less healthy and viable alternatives such as cotton, nylon, rayon, and other chemically produced fabrics.

If cannabis was welcomed like a medicine, could you imagine what the health of the nation would be like? We are just now beginning to learn about the mammalian endocannabinoid system. Every human on the planet has one. It is very easy for the endocannabinoid system to experience cannabinoid deficiencies. Just imagine how many health problems have been brought on by this extremely important part of our bodies simply because cannabis was illegal. Imagine where the science of cannabinoid therapies would be at this time if research had not been hindered for nearly a century and could be performed on humans rather than lab rats.

Unfortunately, This Isn’t Reality But Things Are Looking Brighter

Unfortunately, while the world would undoubtedly be a better place if cannabis never had been put under prohibition, but that isn’t reality. Today though we are very thankful that laws are being reformed to loosen the chains of prohibition. The bright side is though, today millions of people have access to cannabinoid therapies that didn’t a decade ago and there have been thousands of lives improved and even saved as a result of changes to laws in the United States alone.

Hopefully, decades from now someone will read this article and will be able to write a new one reflecting on just how much the world has changed after decades of legalization and research. When it comes to cannabis, the future is a bright one and I hope that it is only a matter of time before everyone can benefit from this plant as it was intended to be.

Great frame on cannabis regulation – and a great vision for the future! Thank you for sharing your story, Ashley.

I think this is a great start to an important conversation; however, when we talk about this topic, I think it’s really important to discuss how POC and BIPOC in particular are the most affected by this “war on drugs”, and how policies were essentially put in place to get poc and bipoc thrown into the prison industrial system for nonviolent offenses and then get stuck in a cycle to keep them there.

You’re absolutely right! We do have several articles outlining just this topic 🙂

Straight from the heart – YOU are a work of art!
Yes…IMAGINE!

Really informative article about cannabis. Thank you! I love reading more about all the healing aspects! 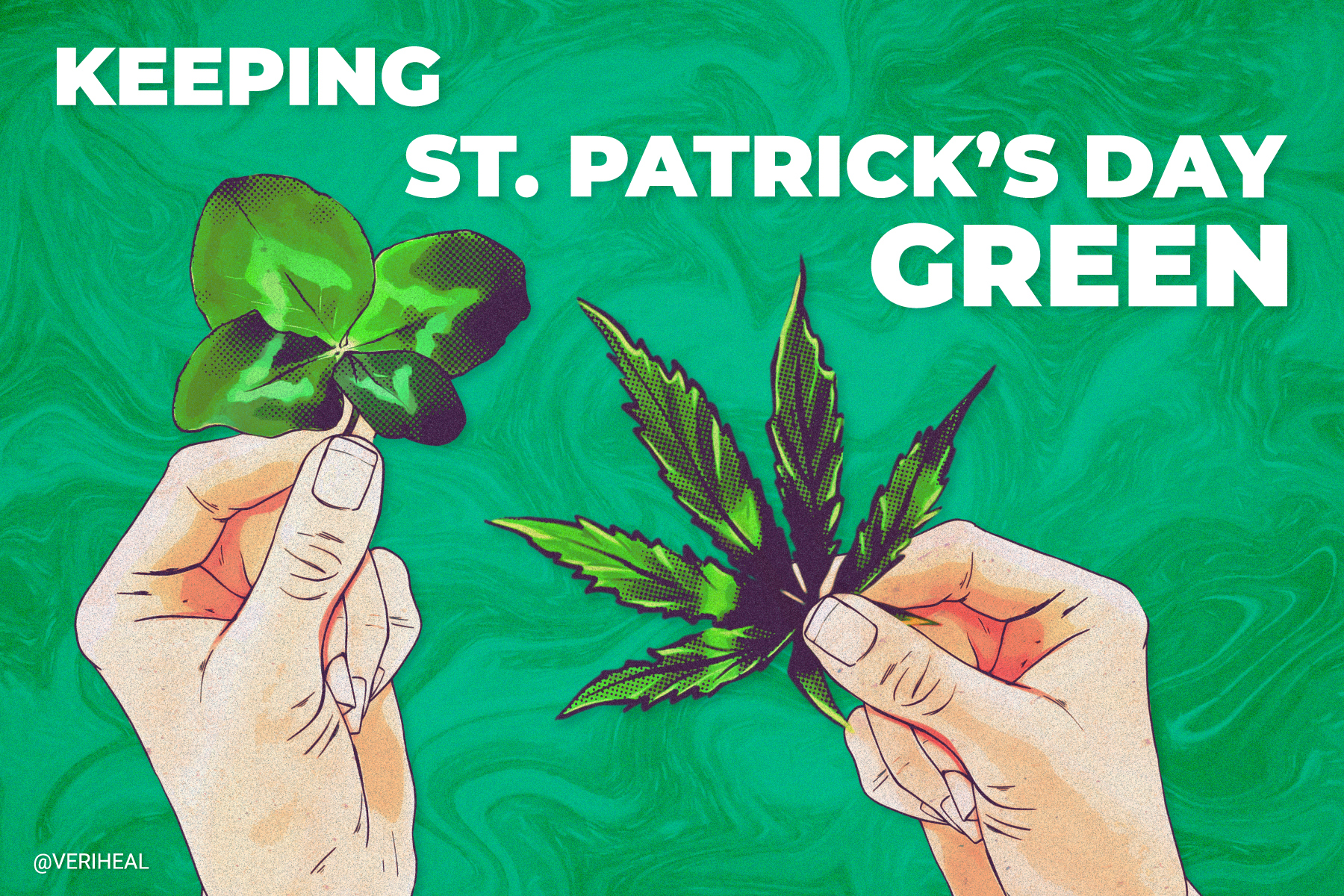 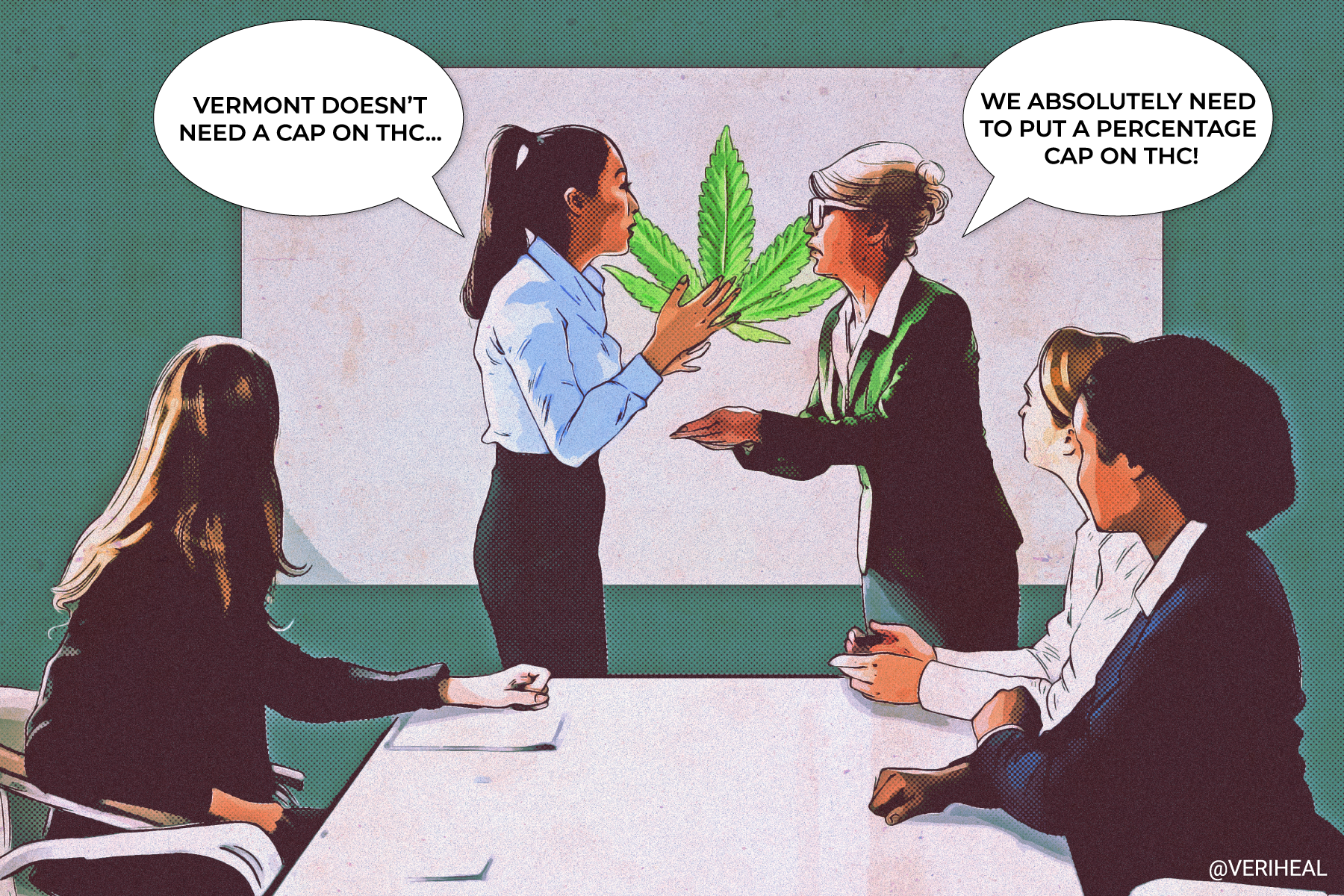 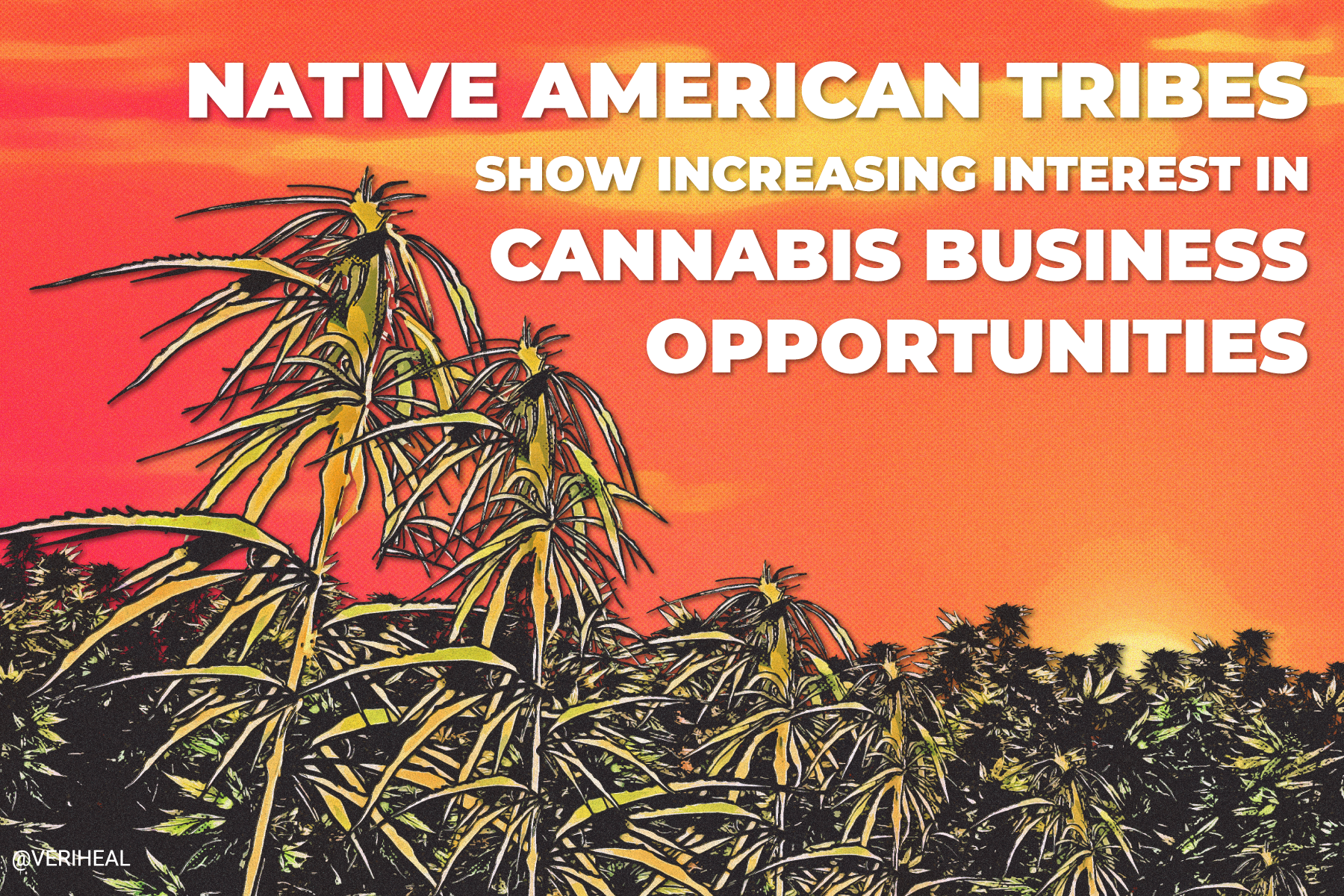 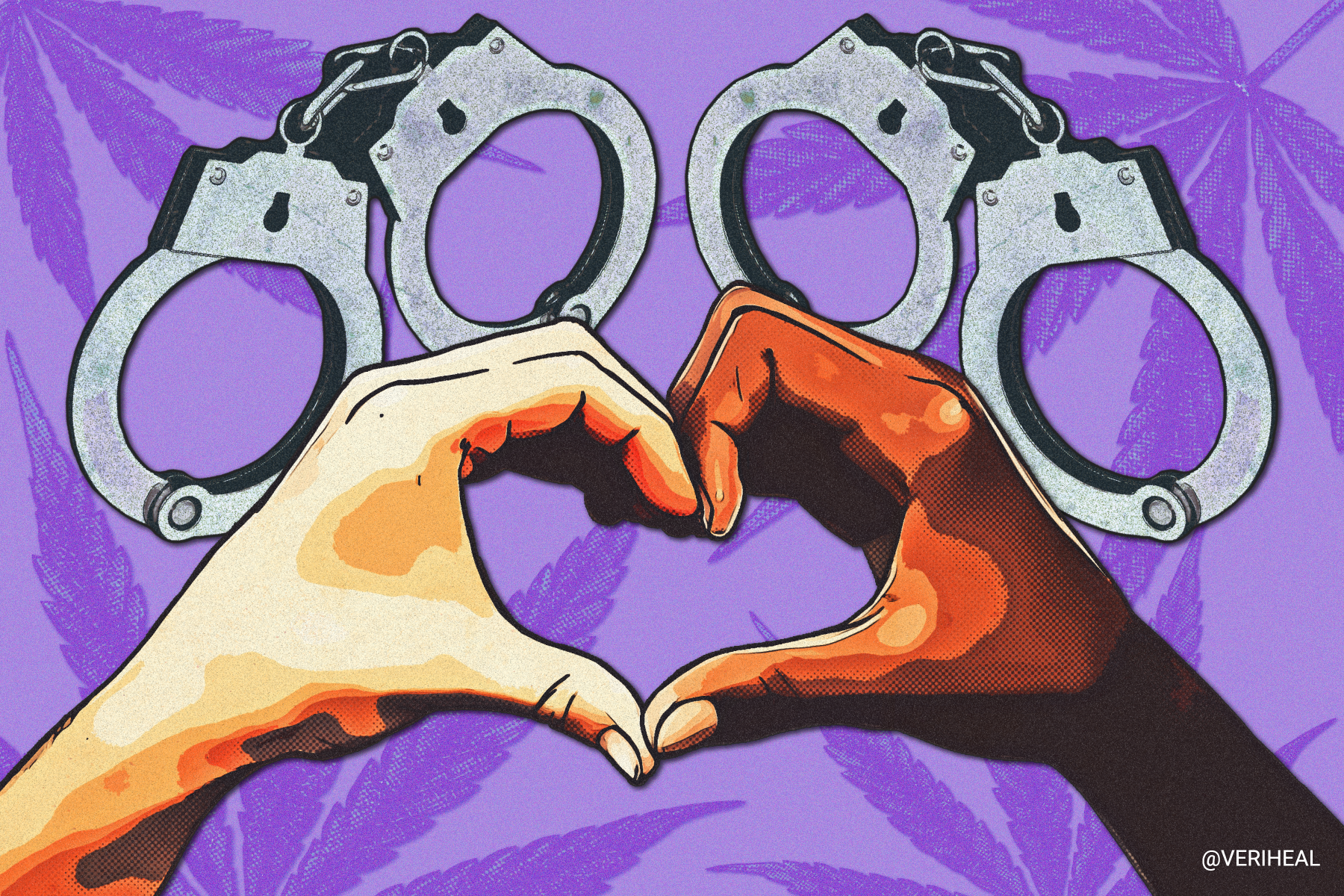 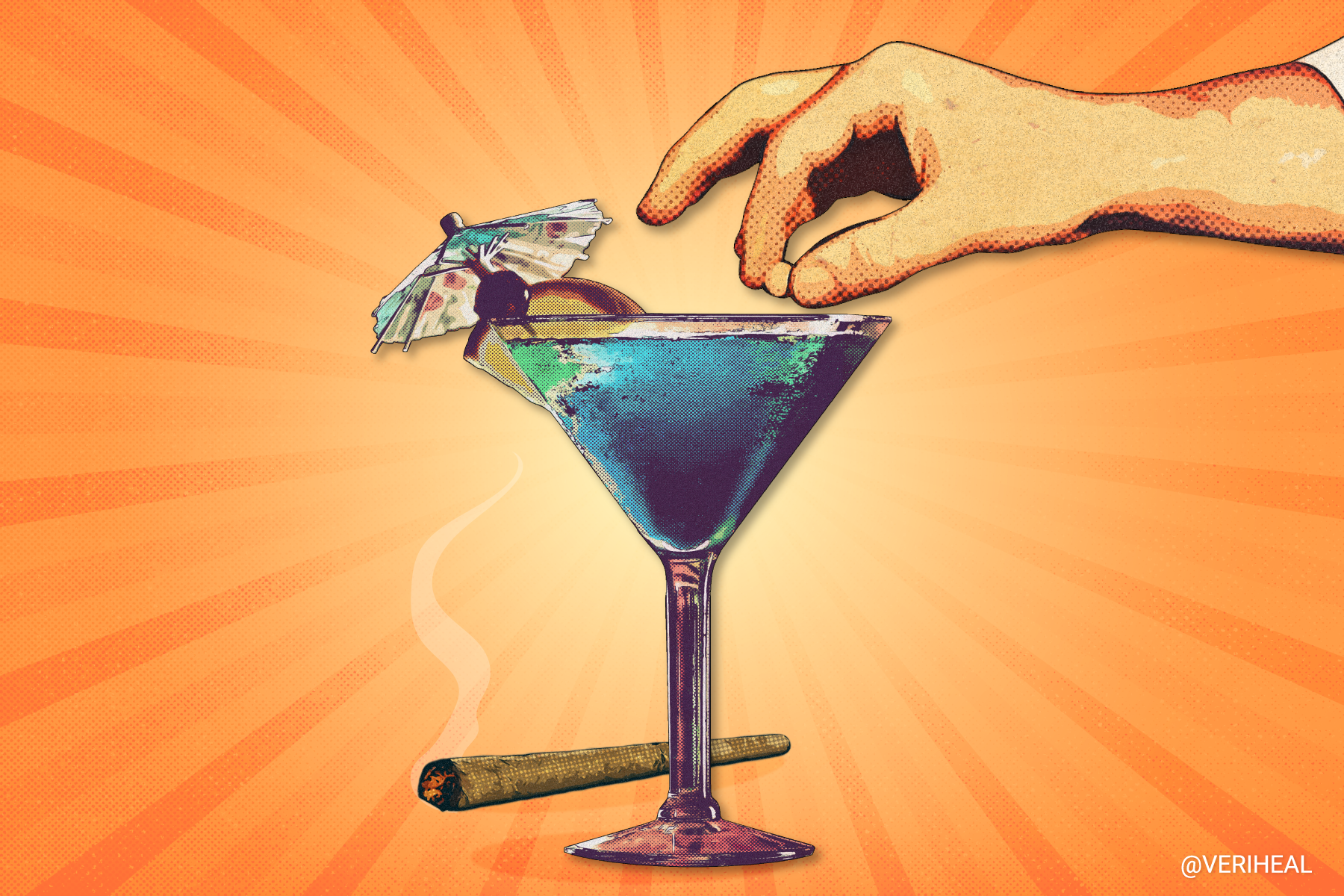