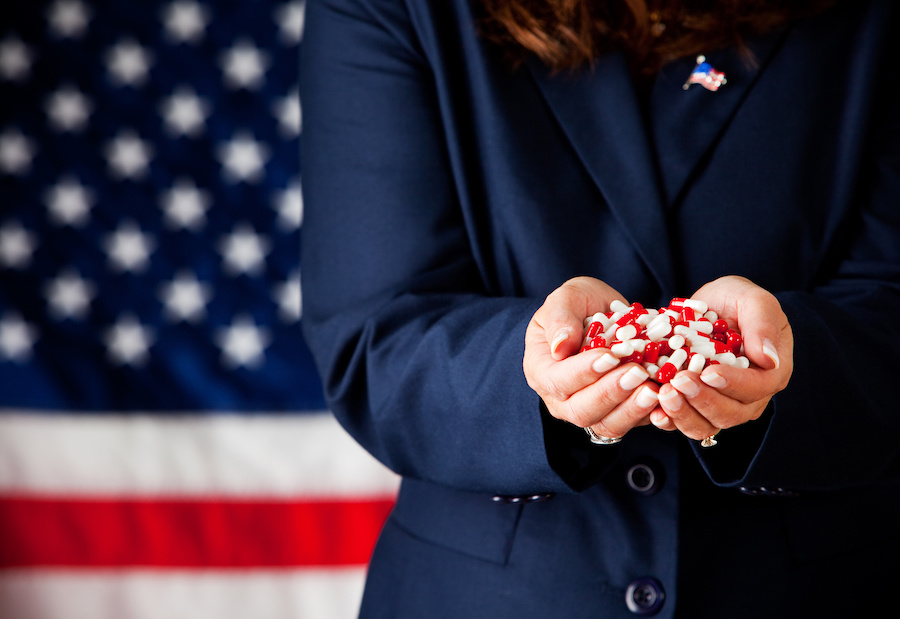 In a maneuver that lacks tact, foresight, and understanding the Trump administration’s leading health officials have released statements warning against pregnant and teen use of marijuana.

Surgeon General Jerome Adams stated recently that he vows, as the nation’s doctor, to “[protect] our nation from the health risks of marijuana use in adolescence and during pregnancy.” The statement by itself is not vile nor necessarily harmful. But it is the implication that the administration is going to begin to skew cannabis facts to work in their favor that should be sounding alarms.

Medical marijuana has been shown to be beneficial to countless people. The relief that it provides is great for many, and as an alternative to prescription pills and opioids, it reigns supreme. And it is the pharmaceutical companies behind prescription opioids and other pain killers that must be kept in check.

Despite his vow to cut ties with pharmaceutical companies, Trump doesn’t seem to be cracking down quite as hard as promised on the fight against opioid deaths. By further muddying the waters in regard to medical cannabis, his administration is not helping the American people. Releasing statements that come across as dire warnings against marijuana use only keep more people either disinterested or afraid, sentiments that will do more harm in the long run than good.

It should be noted, however, that overall Democratic politicians do receive more money from big pharma: in the 2020 election cycle, the split is about 55% to 45% with the Dems leading by a nice margin. In 2016, when Trump was pitted against Hillary Clinton, that split was 47% to 53% with Republicans taking the most proverbial cake. Most telling perhaps is the specific numbers to candidates, however. Trump received $388,010 from pharmaceutical companies while Clinton got a whopping $2,721, 844. If these numbers show anything it is that big pharma will play either side as hard as it can in the hopes that those that it backs will take the lead and do their bidding.

Is Marijuana So Unsafe?

As the 2020 presidential election looms, Democratic candidates are still the majority recipients of pharma contributions. However, this could very well change as the election draws closer. It’s also important to keep in mind that corporations do not care one way or another about particular parties. They care about power, control, and influence, and they will do whatever it takes to gain said control.

Despite Trump’s supposed lack of love for pharmaceutical companies, his administration still has its own ties to them. Alex Azar, the current U.S. Secretary of Health and Human Services, is a former president of the U.S. division of major pharmaceutical corporation Eli Lilly and Company. Eli Lilly is valued at around $25 billion. They’re influential in the market, and the tie to the Trump administration is clear and concerning.

Azar stood by Surgeon General Adams during his recent statement regarding marijuana. Azar himself said that “no amount of marijuana use during pregnancy or adolescence is safe.” When it comes to the Surgeon General’s warning to teens and pregnant women about the role of marijuana in development, the warning is overstated.

We’ve covered this before: teen cannabis abuse is lower in areas with legalized medical and recreational marijuana. This could be due to a number of reasons, but the fact remains that the legalization of marijuana lowers teen cannabis use and abuse.

More women are indulging in marijuana in the year before and during pregnancy than previously reported. According to new Kaiser Permanente research, the numbers are increasing. 367,403 pregnancies were looked at between 2009 to 2017. A sharp increase in cannabis use was discovered.

But what does this mean for the health of the unborn or newborn child? Researchers are still trying to figure that out. Many advise against any cannabis use while others are quicker to say that the ties between marijuana and complications are unclear.

Studies have been done, and the findings can be grim. Higher stillbirth rates were shown in some marijuana users. However, the risks were not clear because cigarette use was prominent in many of the cases. Marijuana could be unrelated in determining the outcome, a key point.

One glaring fact remains: while contemporary marijuana ain’t your mother’s marijuana (to quote Adams), it is not any less safe. Cannabis doesn’t kill; a lack of honest information does.

Surgeon General Adams and his cohort Azar also mentioned that President Trump has donated $100,000 to help fund a campaign that will highlight the harms of using marijuana, whether through smoking, vaping, or other forms. This is an attempt to strike fear in potential medical marijuana seekers, for what other intention could the pharma-friendly Azar have?

It’s a question worth exploring.

By surrounding cannabis with a cloud of fear, a big corporation could potentially paint a picture where their own pills or corporate drugs look better. It is an antagonistic approach that is sure to cause uproar amongst the medical marijuana community and those who support it (which floats around 90% of voting adults).

Allowing major corporations to dictate what is and isn’t healthy by using certain arms of the government is a strike against democracy. If anything, it shows that at high levels, where laws are made and smear campaigns created, our democracy becomes a farce. Corporate interests are often put at the forefront of politics because they make the most money for those politicians who are in bed with big pharma. A plutocracy sounds more akin to reality sometimes.

Though attacks on personal freedom and clear information are rampant, hope is not all lost. Advocacy for medical marijuana is at an all-time high, and support across the nation is growing to levels once thought unreal. Many companies—Veriheal included—are fighting the good fight so that new patients can experience a cleaner and safer treatment for their ailments.