Using Cannabis to Help Relieve the Symptoms From Migraines 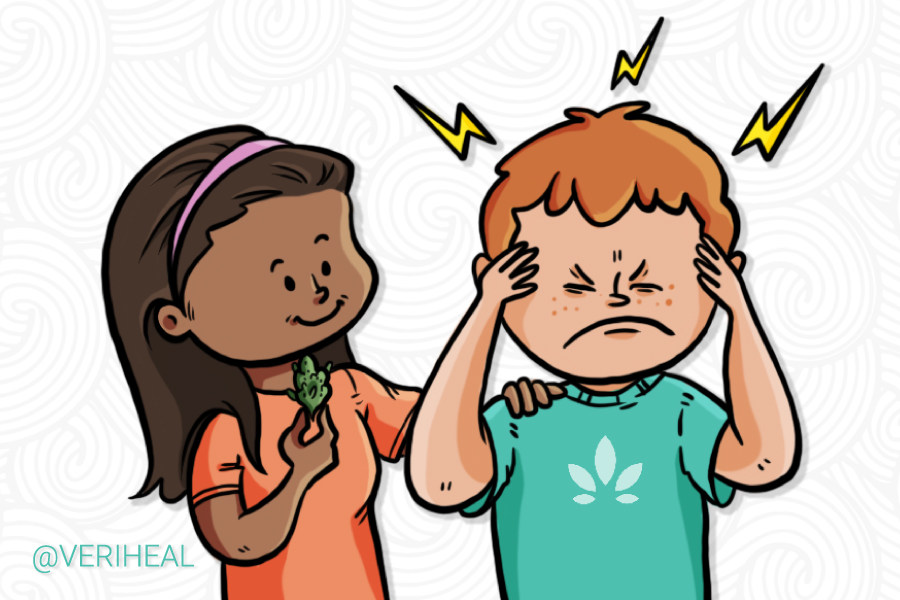 According to Migraine.com, “Studies estimate that 12 percent of adults in the U.S. population have migraines, and 4 million have chronic migraine(s). Most individuals in the U.S. with migraine(s) experience one to two migraine attacks per month; however, those with chronic migraine(s) may have 15 migraine days, or more, per month.” Migraines are considered to be the 3rd most common illness globally, and in the U.S. alone, 1 in 4 households includes at least one individual that suffers from migraines.

Migraines are quite disabling. In fact, they are considered to be the 6th most disabling illness in the entire world, according to the Migraine Research Foundation. During attacks, more than 90% of those effects are unable to function normally or work until it subsides. In many cases, migraines are accompanied by other neurological symptoms, as well as tingling, dizziness, vomiting, and extreme sensitivity to sound, light, and movement. On average, the pain itself and the associated symptoms last anywhere from 4 hours to 3 days.

Most commonly, sufferers are prescribed pharmaceutical-based medications and advised to eat a healthy diet and exercise regularly. Unfortunately for many, this isn’t enough to bring them significant or consistent relief. Luckily, other more holistic and natural approaches may hold a key in providing relief to those who suffer from these debilitating headaches and their associated accompanying symptoms.

Cannabis is one of those natural options. According to a recent study by researchers at Washington State University, inhaled cannabis could help to reduce the severity of migraines for sufferers drastically. The study was recently published in the Journal of Pain, and the results showed that they could be reduced in severity by almost 50%.

How the Data Was Collected

The conclusion of this study was based on self-reported entries by those who suffer from headaches and migraines. In total, the data from roughly 2,000 patients using the Strainprint app was analyzed by researchers. Patients using the app reported on their symptoms prior to and after utilizing cannabis to treat headaches and/or related symptoms nearly 20,000 times. According to this data, cannabis reduces headache severity by 47.3% and migraine severity by 49.6% on average.

The study was led by Carrie Cuttler, the assistant professor of psychology at Washington State University. According to Carrie, “We wanted to approach this in an ecologically valid way, which is to look at actual patients using whole-plant cannabis to medicate in their own homes and environments. These are also very big data, so we can more appropriately and accurately generalize to the greater population of patients using cannabis to manage these conditions.”

Many other conventional treatments result in “overuse headaches,” which can actually increase headaches and migraine severity over time. This result was not recognized, however, when cannabis was utilized for treatment. Of the strains reportedly used by patients using the Strainprint app, there were no conceivable differences in the amount of relief received when high THC and CBD strains were utilized vs. strains with lower concentrations.

It will be interesting to see how research pertaining to this medical ailment evolves in the years to come and how cannabis may be able to finally bring patients much needed relief.

One of the most strenuously argued points of the War on Drugs was that allowing any drugs to gain a toehold in society would create a slippery slope that would end in America’s children rotting their brains on narcotics. We know now that a lot of those fear tactics don’t hold up under scrutiny—cannabis doesn’t…

Thanks to some of its participants, the DC Capitol Seige Riot set the cannabis stigma back as rioters consumed irresponsibly in the Rotunda. To help boost morale for the COVID vaccines, the Joints for Jabs campaign will be giving away free cannabis outside of DC vaccine clinics. And Texas, of all places, is flirting with…

Research has consistently shown that cannabis Video Transcript: A topical cannabis spray that helps treat skin conditions is in development and a…

Biden’s Attorney General Nominee Could be Bad News For Cannabis

As we prepare to usher in our newly elected president of the United States, Joe Biden, many of us wonder what he…

High-intensity interval training, or HIIT, has come to gain a lot of attention for the proposed benefit of being able to get…