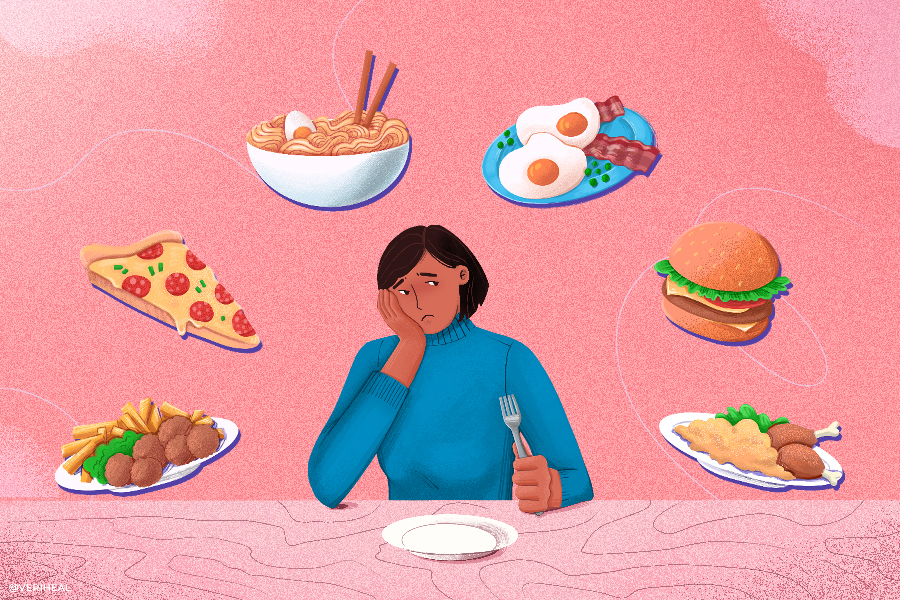 According to the National Association of Anorexia Nervosa and Associated Disorders (ANAD), 9% of the U.S. population (equivalent to 28.8 million Americans), will battle some kind of eating disorder during their life (3). Eating disorders present a global health issue, primarily in women but also in male, transgender, and gender non-binary people. This category of disorders constitutes any of a number of unique psychological disorders characterized by abnormal or disturbed eating habits.

Statistics cite that between the years 2018 to 2019, approximately 3,110 people in the U.S. lost their lives as a result of binge eating disorder, 2,680 from anorexia nervosa, 980 from bulimia nervosa, and another 3,430 died from other eating disorders (4).

The National Eating Disorder Association states “Young people between the ages of 15 and 24 with anorexia have 10 times the risk of dying compared to their same-aged peers (13).”  They also report that “Males represent 25% of individuals with anorexia nervosa, and they are at a higher risk of dying, in part because they are often diagnosed later since many people assume males don’t have eating disorders.” And that is just the association between men and anorexia, not to mention all of the other potential eating disorders and people of different gender identities who are often left out of such data reporting.

Treatment for eating disorders usually includes a combination of nutrition education, psychological therapy, medical assessment and, in some cases, doctor-prescribed medication or even hospitalization in severe cases. Since cannabis has a reputation for “the munchies” (increased appetite), it is unsurprising that more people with eating disorders consider using medical cannabis.

Although it is not recognized as an approved treatment or cure for eating disorders, cannabis could provide a whole host of benefits when used in conjunction with conventional forms of therapy.

Clear symptoms of anorexia nervosa include:

People who struggle with eating behaviors that mirror anorexia symptoms are described by MayoClinic as having “abnormally low body weight, an intense fear of gaining weight, and a distorted perception of weight.”

When you lose control of your eating and overindulge in a short period of time (to the point that you feel uncomfortably full), you may be experiencing BED. This is especially true if you feel guilty and regretful after each binge. People with this disorder have an increased risk of developing type 2 diabetes, high cholesterol, high blood pressure, digestive problems, and heart problems.

Deliberately purging, such as vomiting, using laxatives, or excessive exercise, after binge eating a large amount of food in a small period of time is known as bulimia. Symptoms of bulimia include:

Patients may be more prone to metabolic derangements, electrolyte imbalances, and other serious comorbid conditions.

Scientists haven’t yet pinpointed the exact causes of eating disorders, nor have they managed to determine the type of people who are most likely to be affected by an eating disorder of some kind. Typically, most healthcare professionals agree that eating disorders are fairly complex illnesses that arise from a combination of biological, psychological, and environmental factors.

The pathways that might lead to the development of an eating disorder include environmental, genetic, and social factors. Some examples include:

Along with the physical side effects of eating disorders, many people also commonly endure emotional and psychological problems, including:

People with eating disorders may also experience severe health problems due to a lack of essential nutrients, vitamins, and minerals. Some examples of commonly reported health problems include:

According to a study published in Cannabis and Cannabinoid Research, frequent cannabis consumption could lead to reduced BMI (1). Although there is no clear connection between cannabinoid use and weight maintenance, there are a wide range of theories highlighting the reasons why cannabinoids may be useful for maintaining healthy appetites.

Cannabis’ active compounds, cannabinoids, have conflicting effects on eating and metabolism. Some studies support the use of certain cannabinoids like THC as an appetite and metabolism-booster. An increased metabolism results in burning fat quicker and subsequent fasting insulin levels drop.

This study published on PubMed found that regular and repeated exposure to the plant’s primary psychoactive compound delta-9 tetrahydrocannabinol (THC) boosts appetite and calorie intake in the short-term (8). On the other hand, long-term use of THC could diminish CB1 receptor availability, resulting in “long-term effects that more than offset the short-term increase in energy stores that follow acute exposures.”

Furthermore, the body’s sensitivity to the effects of sugar may be amplified when under the influence of cannabis, as shown in this study. In fact, according to MedicalNewsToday, marijuana users may have increased insulin sensitivity than non-users. Consequently, the brain and muscles may use and burn more sugar (10).

The cannabinoid tetrahydrocannabivarin (THCV) is also gaining a lot of new interest for treating obesity and diabetes, and is cannabidiol (CBD). CBD has been shown to help control blood-sugar levels and reduce the fat production of fat, all the while minimizing inflammation caused by insulin resistance (5, 11)

The Role of the Endocannabinoid System in Treating Eating Disorders

The endocannabinoid system (ECS) is naturally built-in to the body of all living mammals and it plays an integral role in regulating appetite. The ECS produces and uses cannabinoids to manage a variety of functions, including digestion, immune response, sleep, memory, and appetite.

CB1 receptors activated by THC stimulate appetite and calorie consumption in the short-term, but may actually burn more energy in the long-term. Overall studies into cannabis and eating disorders are still very limited and the ones that exist are of low-quality and do not investigate all eating disorders.

A 2020 review going through over 1200 anorexia nervosa studies found only one was well-designed, involving delta-9-THC and dronabinol (synthetic THC), and showed that only dronabinol added a weight increase of an added 1 kg over 4 weeks over placebo (12). High THC did not have an effect on weight gain in anorexia nervosa in this study. More high-quality studies like these are needed to show how THC, synthetic THC, or whole-plant cannabis formulations may help with measurable end points like weight gain and comorbid psychiatric disorders like depression, anxiety, and mood or personality disorders (7).

Research published in PubMed under the article title, “The Role of the Endocannabinoid System in Eating Disorders: Pharmacological Implications,” (Eva M Marco et al. Behav Pharmacol. 2012) attests that the ECS is deregulated in people with eating disorders (9). Because of this, cannabinoid agonists should be considered safe and effective tools in the management of such disorders.

What Preparations of Cannabis are Best for Eating Disorders?

One of the main appeals associated with medical cannabis use to treat eating disorders is the diversity in terms of product options. Various cannabis preparations are available:

Talk to Your Doctor About Medical Cannabis

To better understand exactly what type of eating disorder you are dealing with, as well as to determine whether you are at risk for severe complications, doctors use physical and psychological evaluations to diagnose eating disorders. Additionally, they will use lab tests to look for metabolic abnormalities to see how severe it is and prevent serious complications.

Medical professionals that treat eating disorders include medical doctors, nutritionists and dieticians, or mental health professionals such as psychiatrists, psychologists, and social workers.

After a diagnosis, you can begin discussing the medical uses of cannabis-based treatment options with a doctor. However, it’s important to note that cannabis should not be used as a substitute for other types of doctor-prescribed medications.

Complementary Treatments Worth Discussing with Your Doctor

Examples of complementary medicine that are generally welcomed in cases of eating disorders as a way of changing mental attitudes toward food and self-image include biofeedback, guided meditation, massage, reiki therapy, music therapy, and the use of dietary supplements. In cases of anorexia nervosa and other eating disorders, the family intervention approach has also proven to be effective and crucial for long-term recovery.

Since women with bulimia have been shown to have a lower-than-normal response in brain regions that are connected to the dopamine-related reward circuitry, the use of cannabinoids could be worthwhile for increasing dopamine neural activity (6).

Moreover, cannabis’ anxiolytic effects could help to diminish the mental illness and psychiatric disorders that sometimes accompany an eating disorder. Consequently, this could result in a better relationship with food and social eating.

Keep in mind that while medical marijuana and other complementary medicines can prove beneficial for you or a loved one with an eating disorder, it’s important that you continue using any medication(s) and treatments that are prescribed by your doctor. 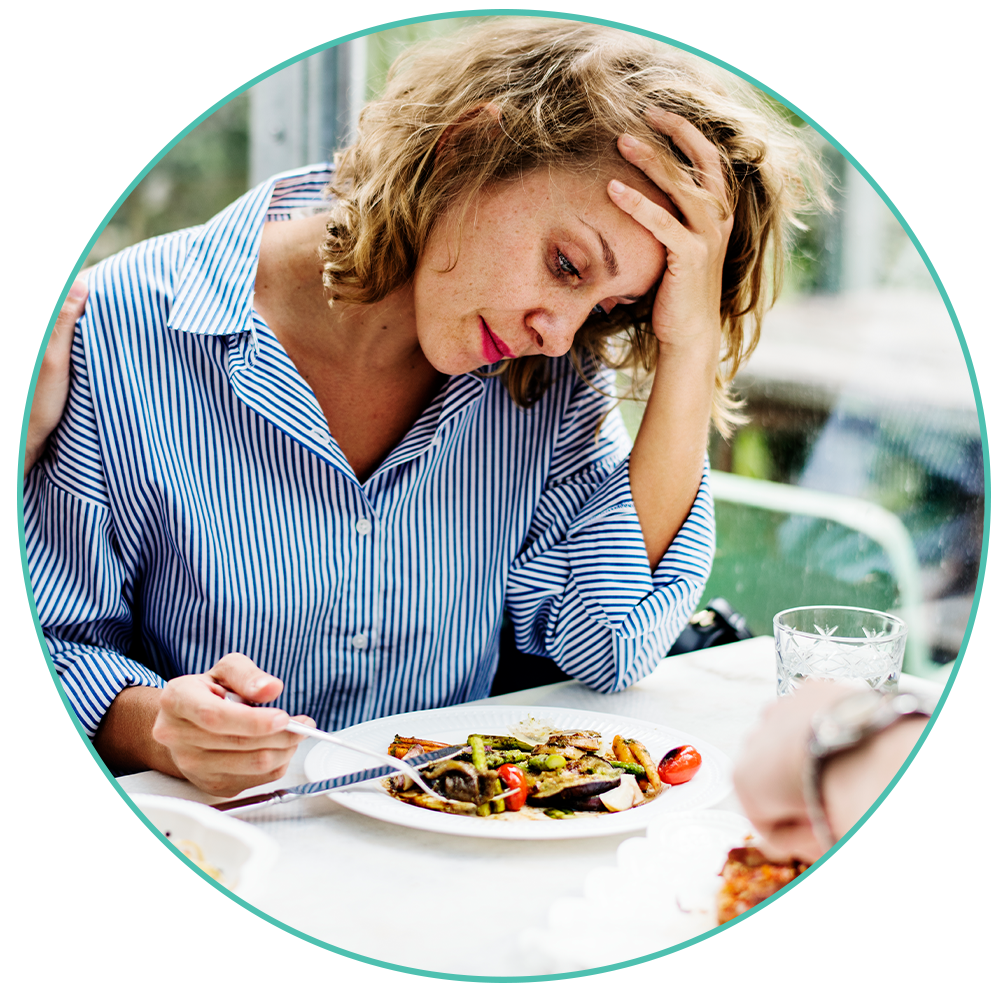 Articles you May Enjoy 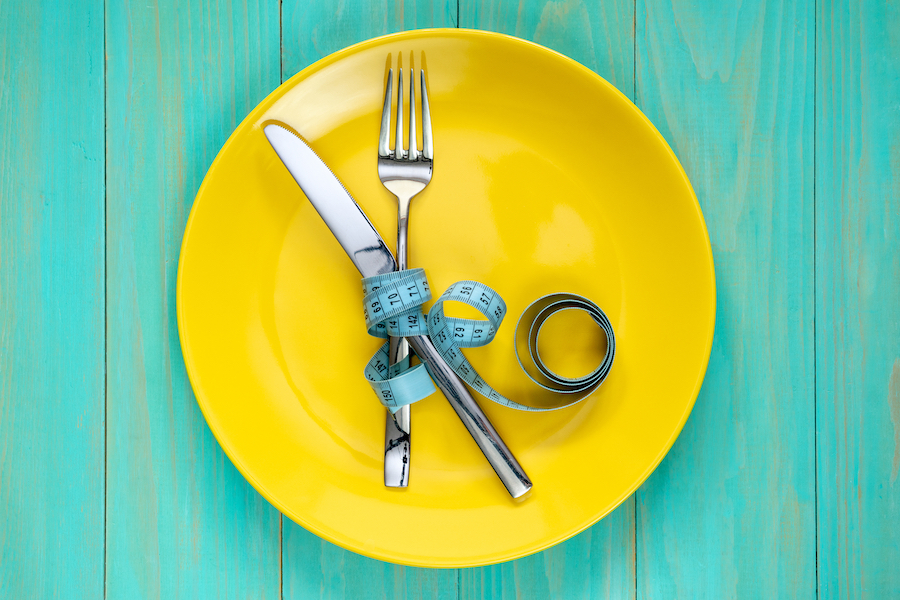 How Cannabis Can Help Those Suffering From Eating Disorders 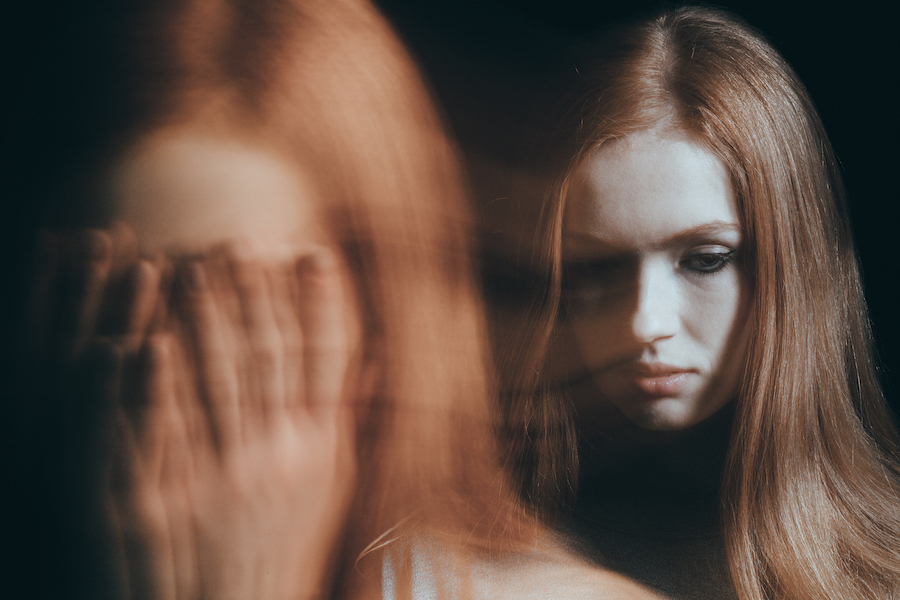 Is Cannabis a Suitable Option For Treating Mental Illness? 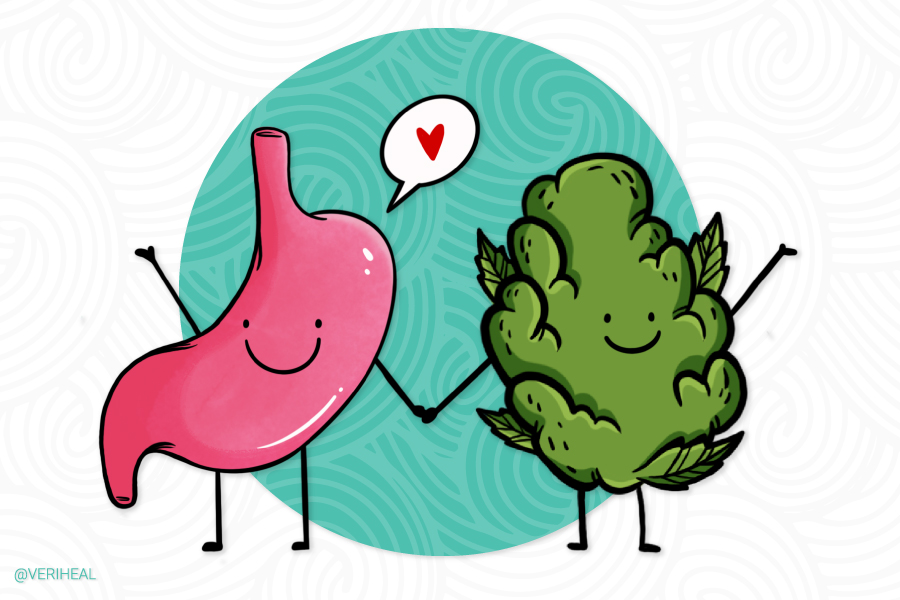 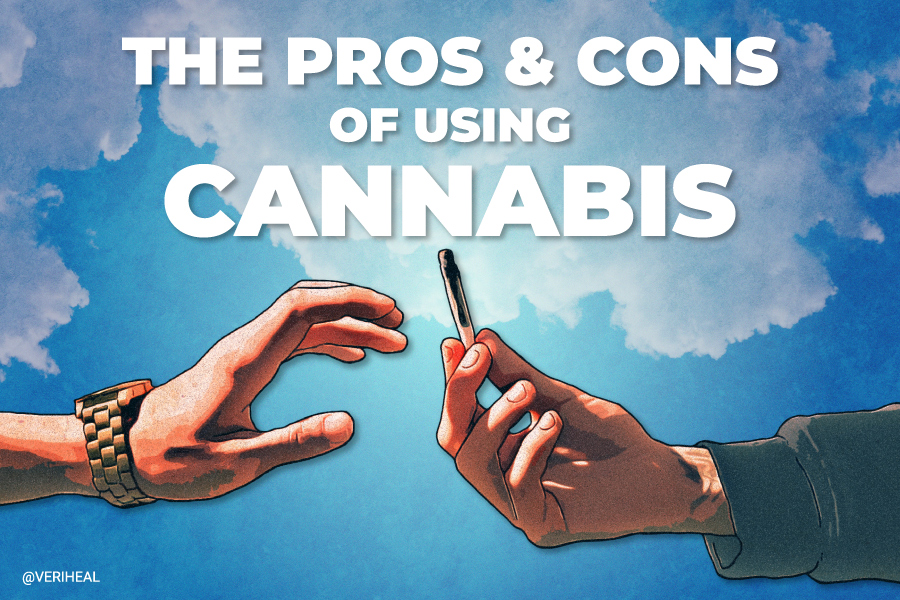