Home News Could VP Nominee Kamala Harris be the Key to a Greener Future?

Could VP Nominee Kamala Harris be the Key to a Greener Future? 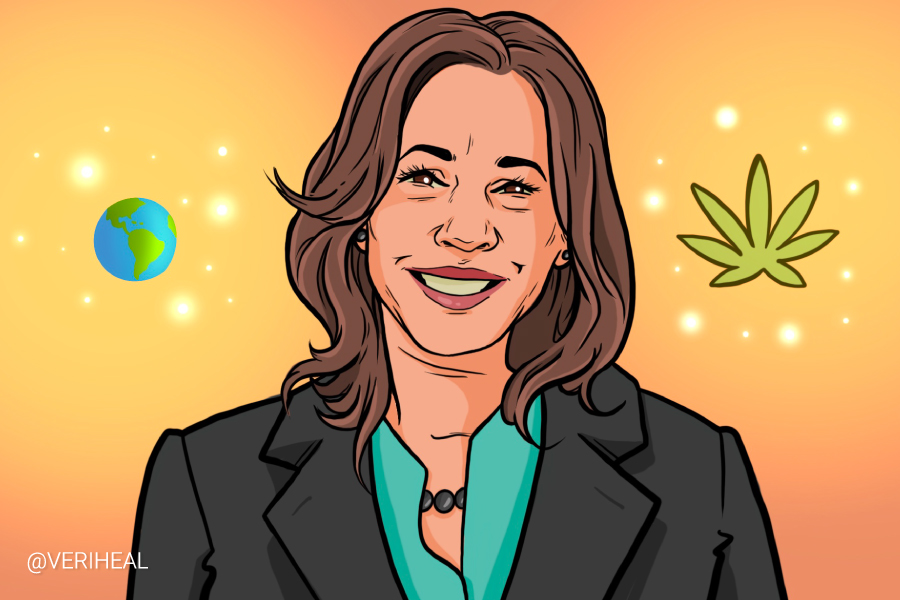 Earlier this month, Democratic presidential candidate Joe Biden announced his pick for vice president running mate. Since naming Senator Kamala Harris as the vice-presidential nominee, there has been an uproar in feedback from those throughout the cannabis community and industry well as backlash from other politicians. While some may see Senator Harris as a pro-cannabis candidate, others are not so quick to forget her past undoing’s regarding the plant and its legality throughout her career. Let’s take a closer look at where Senator Harris stands on cannabis reform and how that view has evolved over the years.

Senator Harris started her career working in positions within the Alameda County and San Francisco District Attorney’s office before later holding positions within the City Attorney of San Francisco’s office. She began her career as a politician when she was elected to be the District Attorney of San Francisco in 2003. In 2010, she won a bid and was elected Attorney General of California and re-elected again in 2014. Since 2017, she has also served as the junior United States Senator for the State of California. Senator Harris received her law degree at the Howard University and Hastings College of the Law at the University of California. She is the first South Asian American and second African-American woman to serve within the United States Senate.

The Harris of the Past

According to various reputable news sources, Senator Harris has overseen more than 1,900 cannabis-related convictions in the city of San Francisco alone. These statistics, compared to her predecessors, is significantly higher. In 2010 she also co-authored an opposition argument going against a ballot measure for recreational cannabis legalization in the state of California back in 2010.

A Change in Tune

In a statement dated May 10th of 2018, a press release from the desk of Kamala Harris US Senator for California titled Harris Co-Sponsors Landmark Bill to End Federal Prohibition Of Marijuana, Senator Harris was quoted stating the following.

“Right now, in this country, people are being arrested, being prosecuted, and end up spending time in jail or prison all because of their use of a drug that otherwise should be considered legal. Making marijuana legal at the federal level is the smart thing to do; it’s the right thing to do. I know this as a former prosecutor, and I know it as a senator.”

The bill she is referenced co-sponsoring in this press release was known as the Marijuana Justice Act. If passed, that legislation would have removed cannabis from the list of controlled substances, ultimately making it legal at the federal level. It would have automatically expunged federal cannabis use and possession crimes and would have created a community reinvestment fund to reinvestment in those communities most impacted by the prohibition against cannabis as well as other positive reform measures.

Though the majority did not approve the Marijuana Justice Act, Senator Harris has continued her support for reforming cannabis at the federal level through legislation known as the MORE Act. According to a report by Forbes in a book authored by Senator Harris, she also spoke out in support of positive cannabis reform stating the following:

“Something else it’s past time we got done is dismantling the failed War on Drugs – starting with legalizing marijuana.” She goes on to state that we need to “expunge nonviolent marijuana related offenses from the records of millions of people who have been arrested and incarcerated so that they can get on with their lives.”:

The MORE Act if passed will remove cannabis from the Controlled Substances Act entirely. This will allow states to move forward with creating their own cannabis-related policies at will without fear of interference from the federal government. The MORE Act stands true to some of Senator Harris’s previous statements regarding the need for expungement for minor cannabis charges and would facilitate the expungement of minor federal cannabis charges and create a path for minority and small businesses to enter into the cannabis sector.

The MORE Act would also address the need for veterans to be able to obtain cannabis recommendations from their VA doctors and not risk losing their military benefits because they chose to utilize a plant over pharmaceuticals. In a recent press release from the Cannabis advocacy group NORML, their political director Justin Strekal applauded the MORE Act stating that its passing “is essential in order to truly right the wrongs of federal marijuana criminalization.”

The Future Could be Much Greener – Or Could It?

Whether or not Senator Harris is a top-shelf candidate for the future of cannabis within the United States is something that only time will tell. While Senator Harris may have been in a position of power while thousands were arrested and incarcerated for cannabis crime it seems that she has awoken to the truth regarding this miraculous plant and has chosen to come to the greener side. We can only hope this is the case should the Democratic party win this year’s upcoming presidential election which would find Senator Kamala Harris as the first-ever African-American woman to hold a presidential position in the country.