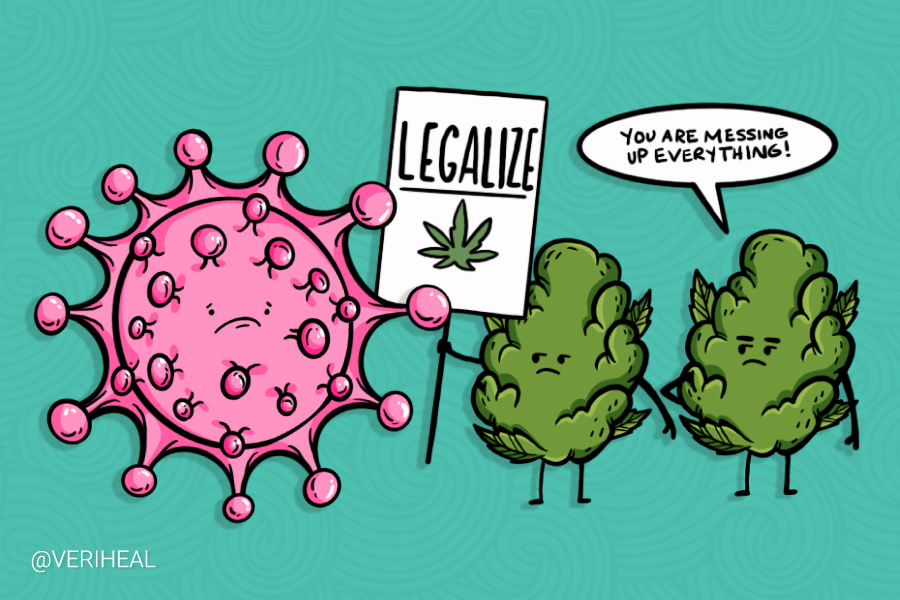 Coronavirus already has caused a number of state legislatures to shut down temporarily, including some that were weighing recreational cannabis legalization measures. The nationwide coronavirus outbreak could hamper cannabis legalization efforts along the East Coast and elsewhere, raising further questions about the launch of lucrative new adult-use and medical markets in states like New York, Ohio, and Nebraska. Advocates are pushing cannabis ballot referendums in nearly a dozen states, ranging from Idaho to New Jersey.

Governors and state lawmakers who failed to pass legalization last year—most notably in New York—vowed that 2020 would be different. But social distancing has put ballot drives on pause, and state lawmakers are overwhelmed with addressing the crisis at hand. Without the ability to gather in person, cannabis reform efforts have stalled in multiple states across the country. New York’s effort to legalize cannabis this year didn’t need another obstacle, but then came the novel coronavirus. The effects of COVID-19 now have derailed Governor Andrew Cuomo’s fact-finding tour de cannabis in other legal states. Since New York’s fiscal year began April 1st, it’s likely the virus delayed New York’s efforts to pass the legalization of recreational cannabis through the budget.

Anxious Cannabis Advocates Must Continue to Wait For Action

Advocates in Nebraska have suspended collecting signatures in their medical marijuana legalization campaign in response to the coronavirus. The group needs to collect 130,000 signatures by July to qualify medical marijuana as a ballot initiative, but that appears unlikely unless the coronavirus threat ends within the next few weeks. An advocacy group in Ohio needed to gather 443,000 valid signatures from registered voters by July 1 to put recreational cannabis on the November ballot. But Ohio Governor Mike DeWine announced a “stay-at-home”, like many other states; therefore suspending the group’s ability to mobilize for signatures.

The state of Maine’s implementation of a 2016 ballot measure legalizing recreational cannabis could be again pushed back as part of the fight against the coronavirus. The planned rollout of Maine’s recreational cannabis program in June could be delayed by coronavirus fears and the state’s efforts to stem the pandemic’s spread, cannabis regulators have warned, emphasizing social distancing must remain a top priority. Maine’s State Legislature’s early adjournment last week in response to COVID-19, also left up in the air several related bills designed to smooth the transition to recreational sales, further complicating the industry’s lawful local debut.

Delegate Eleanor Holmes Norton, the District’s sole representative on Capitol Hill, said D.C. was denied $750 million in federal assistance because D.C. was classified in the last coronavirus relief bill as a territory rather than a state – resulting in a financial shortfall. The representative proposed overcoming this lost opportunity by allowing D.C. to legalize and tax recreational retail cannabis sales. With the shutting down of the majority of the US economy, many already financially struggling states may consider the legalization of recreational cannabis as an opportunity to make the much-needed revenue for locals.

You are so right! Legalazation in all 50 states would more than likely bring the economy back to possibly what it once was or better! Awesome insight there. 🙂 Where is Pa in the whole scheme of things? I know Governor Wolf goes back and forth on recreational, but he did, thankfully push medical through. Like the way you think. 🙂