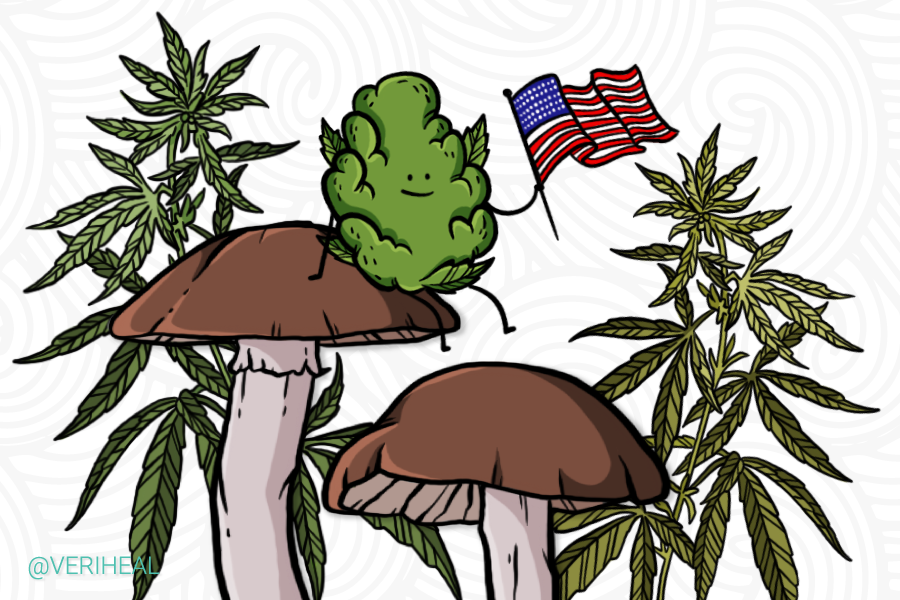 A federal commission that was asked to generate recommendations for military veterans suffering from mental health issues has come to an unexpected conclusion. Following months of meetings, the Creating Options for Veterans Expedited Recovery (COVER) Commission released its report in January 2020. Despite the novelty of its drug policy findings, the document has gone largely unnoticed by reform advocates and the media. The commission tasked with developing recommendations to improve mental health treatment for veterans concluded: Congress and the executive branch need to promote research into the therapeutic potential of cannabis and psychedelics such as psilocybin mushrooms and MDMA.

The Commission Focused on Veteran Well-being

Throughout its research and deliberation processes, the commission put the needs of veterans at the heart of its work. The commission strove to conduct a comprehensive, evidence-based review of key treatment modalities; held public meetings; met with a broad range of organizations and clinical providers; made site visits to VA facilities in different regions; and, perhaps most importantly, directly engaged veterans throughout the nation using a variety of channels, including listening sessions and focus groups.

Research is Limited Due to Many Obstacles

The panel, led by Jake Leinenkugel (a presidential nominee), asserted that psychedelics, such as MDMA and psilocybin, as well as cannabis, present promising ways to treat mental health conditions among military veterans. The panel also noted that while medical cannabis and some psychedelics have been used while treating military veterans, the Schedule 1 status of these substances prevents the Department of Veterans Affairs (V.A.) from doing any research about the efficacy or risks of these treatment options.

The supply of research-grade cannabis, together with other controlled substances, is woefully inadequate. The panel also wrote that using medical cannabis and psychedelics as treatment options for military veterans has cost implications and yet there is limited information about the efficacy and risks associated with these products. The VA was therefore urged to conduct rigorous research so that answers can be obtained about medical cannabis and psychedelics.

“The U.S. federal government’s policies have blocked externally valid, randomized clinical trials on the effects of cannabis,” the report says. “Scientists seeking to conduct research on cannabis must submit to an arduous application process that may last years. The research requires approval from multiple government agencies, including some with stated opposition to any therapeutic uses of cannabis.”

In the same vein, physicians working with the VA need to be equipped with research-based information about cannabis, MDMA, and psilocybin so that they can have meaningful discussions with the military veterans in their care. Veterans across the U.S. are already using cannabis in compliance with state laws to treat a host of mental health conditions.

Since the panel has members selected by the President and those co-opted by Congressional leaders, analysts say sector companies hope the report will be given the seriousness it deserves and prompt action taken to correct the problems identified. Based on testimony in past hearings, it’s unclear whether VA will be inclined to embrace the COVER Commission’s recommendations, as department officials have stood opposed to several modest cannabis reform bills that were discussed in committee last year.

Such a shame these people are still so against a plant that has so many benefits. I am not a Veteran, however, I have suffered from my own version of PTSD for a while due to some of the things that I’ve gone through my past. And I am so grateful to finally have my medical marijuana card. I never knew how it felt to feel OK. So the fact that they are unwilling to profoundly help those who have willing sacrificed their “ok” for everyone in this country is heartbreaking. All Veterans deserve better. Much better. Even if it’s using cannabis for pain control instead of becoming addicted to heroin from using prescription pills.