How California’s Cannabis Underground Economy is Booming, For Now 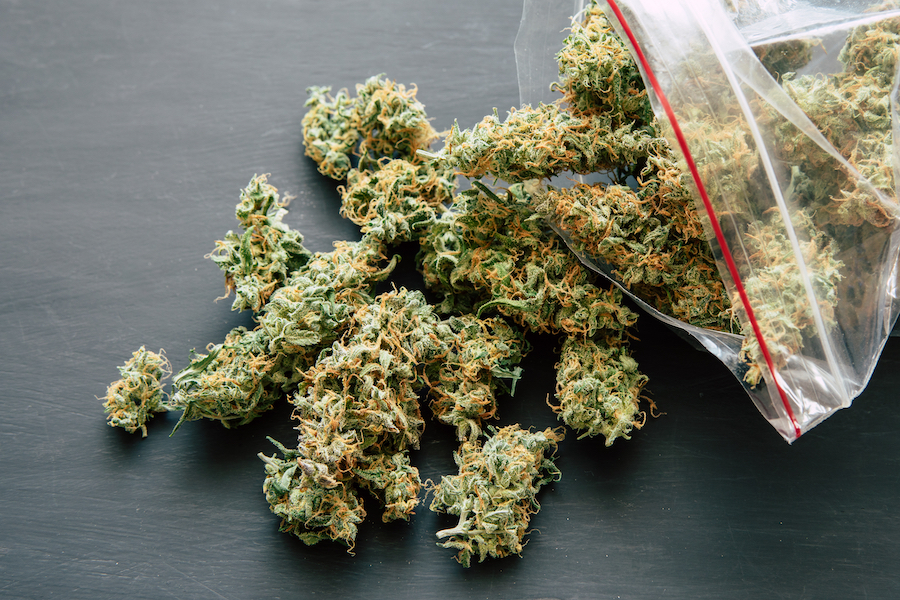 California has legalized marijuana for recreational use since 2016, but that hasn’t stopped the underground economy from growing. Unlicensed and illegal sellers have outnumbered legal dispensaries by 3-1 in the state, according to a recent study. California is the only state where the cannabis underground economy has thrived since legalization, seeing 2,835 illegal sellers statewide, and only 873 legal dispensaries. Recently, officials began to crack down on illegal licenses so California can join the many states who have benefited from the legalization of cannabis.

Unlicensed Dispensaries Get Away With Advertising

The cannabis underground economy in California isn’t nearly as discreet as it sounds. Since the two years of legalization, hundreds of legal dispensaries have popped up across the state offering ounces of marijuana for between $80-$220. Resourceful people began to look at other options besides these dispensaries and found delivery options on websites such as Weedmaps, an online platform that allows users to review, search and buy marijuana locally. This platform offered marijuana delivery with ounces as cheap as $40. All the customer has to do is send a picture of their government-issued ID to these illegal sellers, who are honestly just crafty drug dealers, and place your order via text message and your cannabis will be at your door within hours.

Weedmaps has been allowing unlicensed dispensaries to advertise on its website, despite being illegal. This month authorities have put these types of companies on notice and informed them that they are susceptible to being fined $30,000 a day if caught advertising these illegal sellers.

Weedmaps has responded to this notice in July and announced that they will phase out the unlicensed sellers by the end of the year. The Bay Area is the only area in the state that doesn’t have a problem with this, suggesting that Weedmaps isn’t the only culprit.  There are two reasons why the Bay Area doesn’t have a boasting cannabis underground economy, despite having access to platforms such as Weedmaps.

The first reason is their strict officiating on illegal licensing, something Los Angeles has wanted for years. Since 2016, local authorities have kept a close eye on the licenses that go out in San Francisco and the surrounding area. Another reason this area has been able to keep the cannabis underground economy down is by supplying enough for the market demand. When Prop 64 passed, it gave cities the ability to ban the sale of cannabis, leaving some areas empty-handed despite legalities. In fact, only a quarter of California’s cities are allowed legal sales, leaving a huge gap in the market.

Last month San Francisco’s annual music festival Outside Lands netted in more than $1 million when it became the first-ever music festival to allow the sale and consumption of marijuana on site. Why has it been so hard for other areas to capitalize on this fairly recent legalization?

California served Weedmaps a cease-and-desist letter in 2018 for their operations, but the company still figured ways around the letter and continued to let unlicensed sellers advertise on their site.

Weedmaps isn’t the only entity that needs to step up to control the cannabis underground economy in California. Local Authorities, who should have intervened long ago, need to be more diligent in cracking down on unlicensed sellers. The state itself also should consider legalizing marijuana as a whole to open up the market for extreme demand. Either way, we probably won’t be seeing any of these illegal sellers disappear soon.